Detail from one of the Besloten Hofjes of the Museum Hof van Busleyden, Mechelen

Many people may know Mechelen (or Malines) only as a train station that they pass through on their journeys between Antwerp and Brussels. The kind of station that makes you think “I ought to get out here sometime,” but you never do. Well: perhaps now is the right time to do so.

The first landmark that strikes you as you pass Mechelen is the tower of Sint-Romboutskathedraal, or St. Rumbold’s Tower. It was originally a bell tower, on which construction work started in the 15th century. The almost 100-meter tower plays a key role in the most famous local legend. In 1687 the people of Mechelen became convinced that their tower was on fire and tried to extinguish the flames. As the clouds drifted past the moon, the red glow changed into bright moonlight. The episode earned the people of Mechelen the nickname of “Moon extinguishers” or “Maneblussers.”

Mechelen enjoyed a time of particular prosperity in the early decades of the 16th century, thanks to the regency of Margaret of Austria (1480–1530). As Governor of the Habsburg Netherlands, she ruled from this city. It was largely in this period that Mechelen built up its large public art collection and that many remarkable city palaces were built. The city has the second highest number of protected buildings in Flanders, including four on the UNESCO list.

Sadly, many of these palaces were damaged during the First World War. This explains why you will see many old buildings with modern extensions or completely new houses in old streets as you walk around the old city center. The architectural historian Helena ten Berge, who specializes in the architecture of the Burgundian nobility, can tell you all about this subject during the city walk.

One of the city palaces that suffered severe damage during the First World War was the building currently occupied by the Hof van Busleyden Museum. The building was completely restored in 1938, after which it served as the municipal museum. The palace was originally commissioned by the humanist Hieronymus van Busleyden (c. 1470–1517), a member of the Great Council and a friend of Erasmus and Thomas More. After its restoration in 1938, the building did not undergo extensive renovation for many decades. Work finally began on a comprehensive refurbishment operation a few years ago, and the museum will be fully re-opened to the public on 17 June 2018. Besides conducting essential upgrades to bring the museum up to present-day standards, the operation is also expanding its exhibition space. With an initial focus on the building’s identity as the home of the humanist Hieronymus van Busleyden, visitors will be invited to explore and experience Burgundian and early Habsburg culture. The Hof van Busleyden Museum in Mechelen aspires to be a meeting place for visitors in a lively city, much as it used to be in the Burgundian era. It will encourage encounters based on museum objects and personal stories, which various heritage institutions, cultural stakeholders, educational institutions, and the people of Mechelen will help to develop. 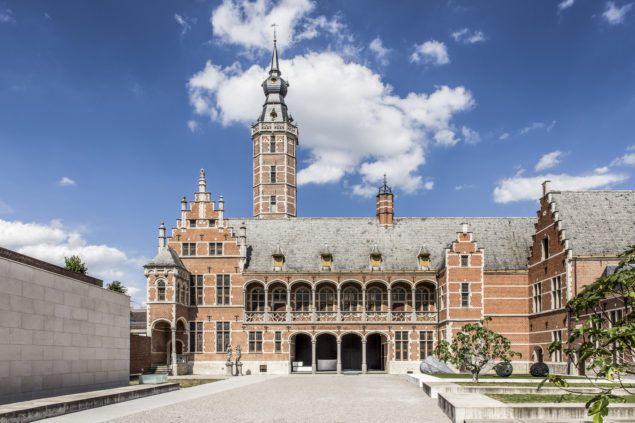 The Enclosed Gardens (Besloten Hofjes) are among the most remarkable treasures of the Hof van Busleyden Museum. These retable cabinets were made in the first half of the 16th century by the Hospital Sisters of Mechelen, who expressed through them their visions of an ideal, spiritual paradise. The seven cabinets depict several religious scenes, using materials such as wood, silk, and paper, and in some cases glass, and pieces of bone and other relics. These mixed-media ensembles were in a very fragile state, and thorough restoration became necessary several years ago. In the newly-opened museum, the restored Enclosed Gardens will be shown together again for the first time in years. You can find more information about the Enclosed Gardens and the restoration here. The CODARTfocus Mechelen event will start on Tuesday afternoon, 22 May, with an exclusive visit to the restoration studio. Professor Lieve Watteeuw of the Catholic University of Leuven, who is a book conservator/restorer and a member of the Enclosed Gardens restoration team, will give us a detailed introduction to these unique devotional objects. 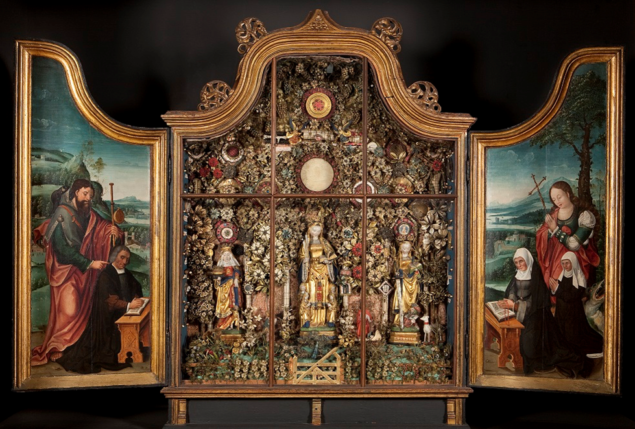 After our visit to the Enclosed Gardens, the Hof van Busleyden Museum has arranged an exclusive visit to the exhibition Call for Justice: Art and Law in the Burgundian Low Countries for the participants in this CODARTfocus. This exhibition, which was prepared in partnership with the Royal Museum of Fine Arts, Antwerp, illuminates the ways in which issues relating to law and justice were depicted in works of art during the heyday of the Burgundian Low Countries, roughly between the 15th and 17th centuries. The exhibition sets out to compare Netherlandish works of art on law and justice with one another and to place them within the juridical, historical and cultural background against which they originated. It will show how they interacted with this context but also how they powerfully visualized one of the most fundamental and universal human aspirations: the desire for justice, and its complex confrontation with reality. The exhibition will show masterpieces by Quinten Metsys, Maarten van Heemskerck, Pieter Bruegel the Elder, Maerten de Vos, Peter Paul Rubens, Anthony van Dyck, and Philippe de Champaigne. These works will travel to Mechelen from museums such as the Prado and the Patrimonio Nacional in Madrid, the Gemäldegalerie in Berlin, and the Ashmolean Museum in Oxford, as well as from national and international private collections. Please find more information about the exhibition by following this link.

You can find more information about the excursions planned for Wednesday afternoon via this link. This includes more details concerning the remarkable historical churches and the art treasures preserved in them, such as two paintings by Rubens as well as unique, extremely well-preserved fourteenth-century murals.