She died in the night of Saturday-Sunday, 7-8 July 2006. From 1957 until her death, Marina Senenko was the curator of Dutch painting at the Pushkin Museum, Moscow. In addition, in the 1980s and 1990s she was head of the department of European and American painting. 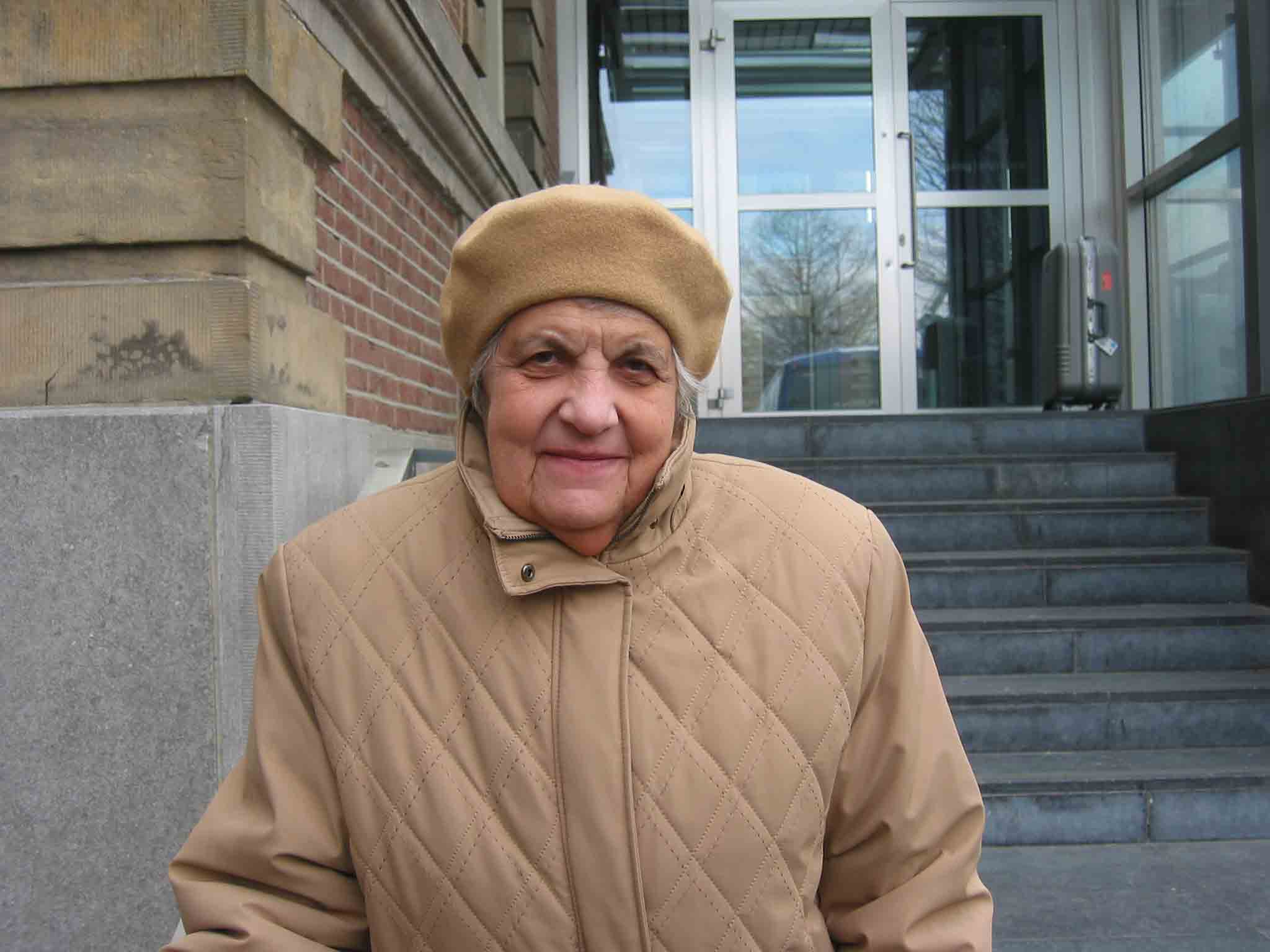 In memory of Marina Senenko (1930-2006)
At the end of November 1998 CODART entered a new phase in our then young history. CODART EEN had centered on two exhibitions in The Hague. Logistics and communication between us and the hosts were quick and simple. CODART TWEE was a different story. At the suggestion of and in cooperation with the Foundation for Cultural Inventory, we had decided to devote our second congress to Dutch and Flemish art in Russia. The occasion was highly auspicious. The Pushkin Museum in Moscow was celebrating its 100th anniversary in 1999 in an exceptional way, by publishing catalogues of all its Dutch and Flemish paintings and drawings.
This was a plunge into deep water. In our eagerness to get things right, we brought together a high-power group of the people from St. Petersburg, Moscow and the Netherlands whose cooperation was essential for the project. At two meetings on 30 November and 1 December, dubbed CODART TWEE ALPHA, we worked out the program for the congress and study trip in March. Three of the participants came from the Pushkin Museum: Vadim Sadkov, then head of the print room, Xenia Egorova, curator of Flemish painting, and Marina Senenko, curator of Dutch painting. Each was author of one of the forthcoming catalogues. With their help and that of the St. Petersburg team, the congress and study trip came off flawlessly.
Xenia and Marina stayed in Amsterdam at the home of Lia Gorter, director of the Foundation for Cultural Inventory. They had not often been abroad before, and they were somewhat shy about meeting new people. Lia asked me if she could bring them to my house in Maarssen. My wife Loekie and I were delighted to have them over. The meeting made a lasting impression on all of us. Marina especially, to whom health and family life were more important than work, paid us the compliment of treating us forever afterward as personal friends. To lose her now is all the more bitter after the untimely death of Xenia Egorova as well.
Marina Senenko did not communicate easily in Western languages – German was her best –  and this added to her shyness in company. One time, though, she truly shone. That was when she took the participants of the CODART TWEE study trip to see the best Dutch paintings in the reserves of the Pushkin Museum. Those exceptional holdings would be gallery pieces in almost any other museum, and she showed them off with pride. There was not enough space in the Pushkin to show all the first-class Dutch paintings there, so she had them to herself most of the time. The publication of her catalogue, first in Russian and later, thanks to the efforts of Lia Gorter, in English, was the only way she had of bringing the collection she loved so much to attention of a wider audience. That and the exhibition that accompanied it.
CODART is also pleased to be the co-publisher, on our website, of an exceptional contribution by Marina, "Late 19th-century private collections in Moscow and their fate between 1918 and 1924." (See pp. 10-41 of Dutch and Flemish art in Russia.)
Marina was an art-lover of the old school. When CODART ZEVEN met in Utrecht, part of the program was a visit to the storage facilities of the Centraal Museum in a new plant outside the center of town. The man who received us was very proud of the structure, and took up the better part of the visit talking about and showing the extra-large doors, the security measures and electronics, the water protection system, etc., etc. Marina had a bad limp. Walking cost her considerable effort, and although she never complained, she wanted to devote her pains to a useful end. At a given moment, she asked me urgently the question that lots of us had been asking ourselves but were too polite to utter: “Wo sind die Gemälde?” She was relieved and pleased when we finally got to the painting reserves, and her colleague Liesbeth Helmus turned out to be just as proud of her hidden treasures as Marina was of hers.
Marina Senenko was one of the most faithful participants in CODART congresses; her death has impoverished us.
Gary Schwartz