From the Getty foundation’s press release

The Getty Foundation has awarded nearly $390,000 to the Museo Nacional del Prado for the intricate conservation of a series of six panel paintings by Peter Paul Rubens known as the Triumph of the Eucharist—one of the most important commissions of Rubens’ lifetime. The grant is part of the Getty’s ongoing Panel Paintings Initiative, an international effort to train conservation specialists to ensure important works of art on panels survive for future generations. A previous collaboration with the Prado under the Getty’s Panel Paintings Initiative resulted in the conservation of Adam and Eve by Albrecht Dürer.

In 1626, the great Netherlandish painter Peter Paul Rubens completed a suite of finished oil sketches referred to as the Triumph of the Eucharist series, which symbolize the devotion to the Holy Sacrament of the Communion. These paintings on panel were commissioned by the deeply religious Infanta Isabella Clara Eugenia, ruler of the Southern Netherlands and a member of the Spanish royal family, as studies for large, extravagant tapestries to be hung in the convent Clares de Descalzas Reales in Madrid, where they hang to this day.

Although the artist created the paintings to plan the tapestry designs, the works are exquisite in their own right, and offer a fascinating glimpse into Rubens’ artistic process. In them are combined some of Rubens’ most salient qualities: powerful yet delicate handling of form and an expressive use of the human body, and a deep display of knowledge in the quotation of ancient and Renaissance works of art. Six paintings from this important series of works have been preserved at the Prado Museum, but all now show structural damage due to previous well-intentioned interventions. At an unknown point in their history, the panels were thinned and restraints were applied to flatten them out, a common past practice. These past interventions have now caused cracks, deformations, and uneven surfaces in the wood, threatening the painted surfaces.

The tradition of painting on wood panels was widespread in Europe from the late 12th through the 17th centuries. Panel paintings are among the most significant works in American, European, and Russian museum collections and in religious buildings, including works by Leonardo da Vinci, Peter Paul Rubens, and Rembrandt van Rijn. Many of these important works require highly specialized care and conservation not only of the painted surface, but also of the underlying structure.

Though advances have been made in panel paintings conservation in recent years, currently only a handful of individuals worldwide have fully mastered the skills required to become seasoned conservation experts, and nearly all of these experts will retire within the next decade.

The Getty Foundation, Getty Conservation Institute, and J. Paul Getty Museum together launched the Panel Paintings Initiative in 2008 to ensure that the next generation of conservators is prepared to take their place. The initiative is a six-year effort to train and mentor the next generation of panel paintings conservators. Due to the urgency of the situation, the current leaders in the field also have committed themselves to aid in the training of up-and-coming conservators in the field.

The Panel Paintings Initiative builds on the Getty’s long involvement with issues in panel paintings. For more than fifteen years, the Getty Conservation Institute and J. Paul Getty Museum have taken a leading role in panel paintings conservation, convening practitioners in two major international symposia and disseminating proceedings that stand as the most comprehensive literature on the topic.

Understanding the pressing need for skilled conservators, the Prado will use the conservation of Rubens’ important panel paintings as a major opportunity for training. Over two years, seven conservators at various stages of their careers will receive training: one advanced conservator and four mid-career conservators will work on the project for periods of time ranging from two to six weeks, and two postgraduates would each have a year-long residency at the Prado, working on the Rubens panels as well as other projects. The more seasoned conservators will gain experience on the challenging parts of the treatments as it progresses, while the more junior conservators will learn the basic skills to treat splits, cracks, and other structural problems. All trainees will benefit from observing the complex decision-making process involving conservators, curators, and conservation scientists. The project will be led by Prado conservator José de la Fuente, who himself benefitted from previous training under the Getty’s Panel Paintings initiative. The Metropolitan Museum of Art’s conservator George Bisacca will consult on the project.

The new grant brings the total amount awarded by the Getty Foundation through the Panel Paintings Initiative to more than $2.5 million. Previous grants have funded a survey of significant museum collections of panel paintings and of professionals in the field undertaken by the Statens Museum for Kunst in Copenhagen, a collaborative project between the Metropolitan Museum of Art in New York and the Prado Museum in Madrid that resulted in the conservation of the great Adam and Eve by Albrecht Dürer, and the conservation of The Mystic Lamb by Hubert and Jan van Eyck (the Ghent Altarpiece) of 1432 and The Last Supper by Giorgio Vasari of 1546, all highly significant works of art.

“Not only will this project result in the conservation of these six beautiful panel paintings, it will also afford an unparalleled learning experience for future panel conservators under expert supervision. The Getty Foundation is privileged to again work with the Museo del Prado on this important initiative,” said Dr. Deborah Marrow, director of the Getty Foundation.

Added Antoine Wilmering, Senior Program Officer at the Getty Foundation, “This initiative simply would not be possible without the collaborative support of all the international experts who have a deep commitment to reaching out to the next generation of conservators. It is crucial that these experts have the opportunity to pass on their acquired knowledge in order to ensure the long-term care of these exceptional works of art.”

For more information about the Getty Foundation’s philanthropic work around the globe, including the Panel Paintings Initiative, visit www.getty.edu/foundation. 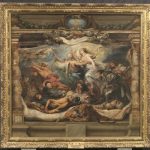 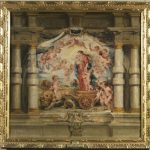 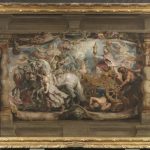 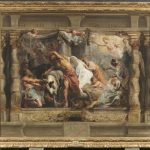