His Majesty King Willem Alexander has, at the occasion of the opening of the Rembrandt and the Dutch Golden Age exhibition, of which His Majesty is a patron, bestowed upon her the order of Knighthood of Orange-Nassau.

His Excellency Ambassador Gajus Scheltema presented Ildikó Ember with that order at the end of a very succesful CODARTfocus meeting in the Szépművészeti Múzeum in Budapest, to focus on the exhibition Rembrandt and the Dutch Golden Age. CODART members Ildikó Ember and Júlia Tátrai, curators at the museum organized an excellent program around the exhibition and the museum’s collection of Dutch art.

The ambassador presented the order with words of praise that we, as CODART, can only agree with: “Her endless sense of duty and commitment allowed the Hungarian public to get well acquainted with the 17th and 18th Century Dutch paintings. Her admirable knowledge of the period, of the impressive collection of paintings in the Hungarian collections and her dedication to preservation, visualization and enlargement of the collection of the Museum are well known. She also made very important contributions over the last 40 years to our common knowledge of this Art period through her articles and other publications about Dutch and Flemish painters of that period. […] In fact through her work she became an Ambassador for Dutch 17th century art in Hungary and thus helped to deepen the ties between our countries over the last decades.”

With this exhibition, the Szépművészeti Múzeum aims to once again open the public’s eyes to the exceptional greatness and impressive versatility of the Dutch Golden Age, one of the summits of European civilization. In order to achieve this ambitious goal, the museum has been able to gain the enthusiastic and most precious support of the leading public art collections from all over the world, including the Rijksmuseum of Amsterdam and the Nationalmuseum of Stockholm.

One of the highlights of the focus was the study of some ‘problematic’ research issues from the collection, under the guidance of Rudi Ekkart. Gerrit Dou’s Soldier in a Guardroom from the museum collection was compared to An artist in his studio, which is labeled Rembrandt van Rijn, possibly Gerrit Dou from The Leiden Collection in New York. The latter painting was brought to Budapest for this comparison. 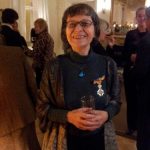