More than a century after Hans Jantzen’s book, Das Niederlandishe Architecturbild was published (in 1909) , a new book has been published on Architectural Painting in the low countries: Intérieurs d’églises 1580-1720: La Peinture Architecturale des Écoles du Nord by Bernard G. Maillet

From the publisher’s press release

As an art historian critic recently indicated, it has taken approximately a hundred years in order to find a book which is now able to give tangible content in terms of general references to the 1909 edition.

In fact, there has not been an exhaustive general study since Hans Jantzen’s work, with the exception of a few isolated monographic studies on major artists (Saenredam, de Witte, Grimmer…).

An enlightened enthusiast, Bernard G. MAILLET, has spent over more than 35 years doing extensive research in order to identify and list about 2163 work of art. This book provides the peculiar historical and political context to the religious wars and also explains the fundamental differences between the works of the painters from the Flanders region during the Counter Reformation and those from the northern Calvinist region.

The book and the catalogue are of a major interest for all the ancient art museum curators, the libraries, the specialized experts, the auction houses, all the great collectors and also for architectural paintings from the late 16th and the 17th century art amateurs.

You will also find on the inside of the back cover, a CD-ROM to accompany this publication which contains all of the 2163 individual fact sheets concerning the identified paintings in PDF format, providing access to superior image magnification (according to the quality of the photos) and 3 Excel tables that facilitate the research. It is a precious informatic tool that can also be used on your tablet. In the following website «www.interieurs-d-eglises.eu» a summary of the work is available under the «Accueil» tab and some articles, reflexions, critics are also available. 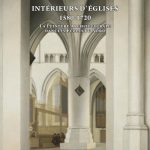