Radboud University Nijmegen launched the Rembrandt Documents Project (RemDoc) to provide a much-needed infrastructure through which all documents that are relevant for the study of Rembrandt will be accessible for the first time in a way that is suitable for modern art history. The heart of the RemDoc infrastructure will be original documents from the period between 1475 to circa 1750. RemDoc will not feature later original Rembrandt documents because, following 1750, their nature changes significantly. Texts become increasingly interpretative rather than factual, and attributions of paintings in auction catalogues rapidly become less reliable.

RemDoc aims to collect and make available all known documents that relate to Rembrandt, as a person and as an artist, as well as to his ancestors and relatives. The RemDoc project subscribes to a modern and inclusive definition of the term ‘document’. Therefore, RemDoc will, for example, include extracts from baptism, marriage, and burial records; the small number of Rembrandt’s own letters; notarial deeds such as contracts, probate inventories, debt and credit records; as well as inscriptions on drawings and etchings by Rembrandt, his patrons, and collectors. RemDoc will also contain advertisements of auctions in newspapers and references to Rembrandt in contemporary poetry. All documents will be transcribed and annotated by and under the supervision of professor Volker Manuth and Jaap van der Veen, and will be translated to modern Dutch as well as English.

The number of original documents identified for the RemDoc initiative today includes circa 1500 items. RemDoc’s main value, however, is not the size of the document collection, but rather the depth to which the documents will be linked and the ease with which they will be accessible. RemDoc will also provide links to the large collection of writing about Rembrandt published after 1750. Last but not least, the RemDoc infrastructure will provide a gateway to other databases and digital collections that contain images and physical data about Rembrandt’s works of art. RemDoc will be interoperable with existing and future digital research platforms for art historians.

The first goal of the RemDoc project is to support scholarly research on Rembrandt, his life, and his art. RemDoc will help to illuminate the circumstances under which his pictures were produced, the patrons who originally ordered them, and the subsequent collectors who inherited the pictures or acquired them at auction.

The RemDoc infrastructure will have dynamic content, so that newly discovered documents and new annotations can be easily added. In addition, the interface will be user-friendly, with many opportunities for researchers to make use of image links and database information. This will make the RemDoc infrastructure an advanced workbench that supports scholarly research.

RemDoc is primarily intended as an infrastructure for researchers in academia and in museums, yet the project’s results will also be of interest to the general public.

The role of Radboud University Nijmegen

Radboud University Nijmegen is a leader in creating digital resources and research infrastructures, both in art history and language. The university is home to Rembrandt scholar professor Volker Manuth, as well as experts in the field of language technology and cultural heritage research professors Lou Boves and Antal van den Bosch. With its wide ranging and intensive contacts with Rembrandt scholars and information technology scientists in the Netherlands and internationally, Radboud University Nijmegen is the ideal institution to launch the RemDoc project.

While the RemDoc project is an initiative of Radboud University Nijmegen, the project can only prosper and come to fruition with close and intensive collaboration with a number of prospective partners. In the Netherlands these partners are: the Rembrandt House Museum, Amsterdam; the Rembrandt Database Project of the Netherlands Institute for Art History (RKD), The Hague; the Amsterdam City Archives (Stadsarchief); and Huygens ING, The Hague. 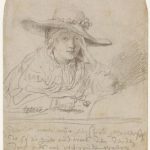