On 13 December the RKD published Part I of the richly illustrated online publication Gerson Digital. The first part focuses on the intense artistic relationship between Netherlandish and Polish painters and draughtsmen in the seventeenth century. Research into this special relationship has stimulated numerous new insights, including the attribution of no fewer than 20 new works to the Pre-Rembrandtist Rombout Uylenburgh (c. 1585-1628), who worked in Poland for many years.

In 2013 the RKD began a large-scale documentation research project, under the banner of Gerson Digital, with the aim of studying Dutch and Flemish painting of the Golden Age in a European perspective. The starting point for the project was the influential but now obsolete study by Horst Gerson (1907-1978), Ausbreitung und Nachwirkung der Holländischen Malerei des 17. Jahrhunderts [Dispersal and After-Effects of 17th -Century Dutch Painting], which was first published in 1942. The aim is to produce a fully revised, critically annotated and illustrated electronic publication, and to stimulate research into the Ausbreitung – one of the RKD’s long-term objectives. In future years the RKD will publish the remaining parts in the series one by one, including sections on Denmark, Sweden and Germany. Each section will appear online as an RKD Monograph. 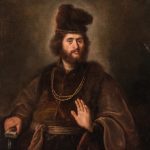