Information from the Royal Library of Belgium

In October 2012, the Print Room of the Royal Library of Belgium started the scholarly investigation of its collection of old drawings with the support of the AGORA programme of the Belgian Science Policy Office. Over a period of roughly two years ca. 5000 drawings, currently arranged alphabetically by artist’s name, will be studied and details will be made available in a database. At the same time, options for broader valorisation will be considered, including an online database and an exhibition and publication presenting a selection of masterpieces. The study will be carried out by Sarah Van Ooteghem, and followed closely by Belgian and foreign specialists from the field. For this project, partnerships are closed with the Royal Museums of Fine Arts of Belgium in Brussels, the Rijksmuseum in Amsterdam and the Fondation Custodia in Paris.

The Print Room of the Royal Library of Belgium is located in the former palace of Charles of Lorraine. It hosts an extensive collection of prints, drawings, photographs, posters, old books, postcards and popular prints. The collection of drawings contains approximately 25,000 items of mainly modern and contemporary art. The original collection was formed from confiscated art works from monasteries and emigrants at the time of the French Revolution. When the Belgian state purchased the book collection of Karel van Hulthem (1764-1832) in 1837, his prints and drawings remained in the possession of his nephew and heir, Charles de Bremmaecker. Only a small number of these were purchased for the library at auction after de Brenmaecker’s death in 1846. The Print Room became a separate department in 1853, and from that point Belgian and foreign donations and acquisitions filled several gaps in the collection . At the same time, an inventory was created to hold a track of every new piece. At the time when René Van Bastelaer (1904-1930) and Louis Lebeer (1932-1960) were head of department, and later under Marie Mauquoy-Hendrickx (1960-1971) en Lydia de Pauw-de Veen, various parts of the collection of the Print Room were published. Also drawings from various countries and time periods received attention. Therewith, the tendency has always been to separate old (Ancien Régime) and modern drawings (19th and 20th centuries). The value of the collection of old drawings as a whole is variable; there are anonymous works and drawings collected for documentary or topographical reasons, as well as masterpieces by Pieter Bruegel de Oude, Maarten van Heemskerck, Joris Hoefnagel, Hans Bol, Frans Floris, Pieter Paul Rubens, Jacob Jordaens and Antoon van Dijck.

Although a number of the old drawings have been published in monographs or exhibition catalogues, the majority of them have largely escaped attention by fellow researchers and are virtually unknown to the public. This is mainly due to the limited accessibility of the pieces. An old card index in which part of the drawings are recorded by artist’s name is available to visitors of the Print Room and has recently been made fully available for online queries (http://prenten.kbr.be/estampes/welcome_EN.aspx). The collection has, however, never been published in its entirety.

This research project is therefore focusing on exploration, reorganisation, scholarly description and optimised access to the collection of old drawings. Particular attention will be paid to reconsidering old attributions, which often go back to the 19th century. Data input will be based on the MARC 21 standards and photography will be provided through ALVINUS, the Print Room’s digitisation project, named after the first keeper of the department, Louis Alvin (1806-1887). 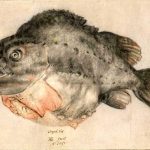