I am extremely fortunate to be surrounded, in my place of work, by so many superb works of art. The forty years in which I have been responsible for the collection of Northern Netherlandish art in the Hermitage have been an eventful time. My museum life has consistently been dedicated to managing and studying one of the world’s richest collections of Dutch paintings. My meetings with remarkable art historians and painters of an older generation, who encouraged me, were crucial to my development as a curator. 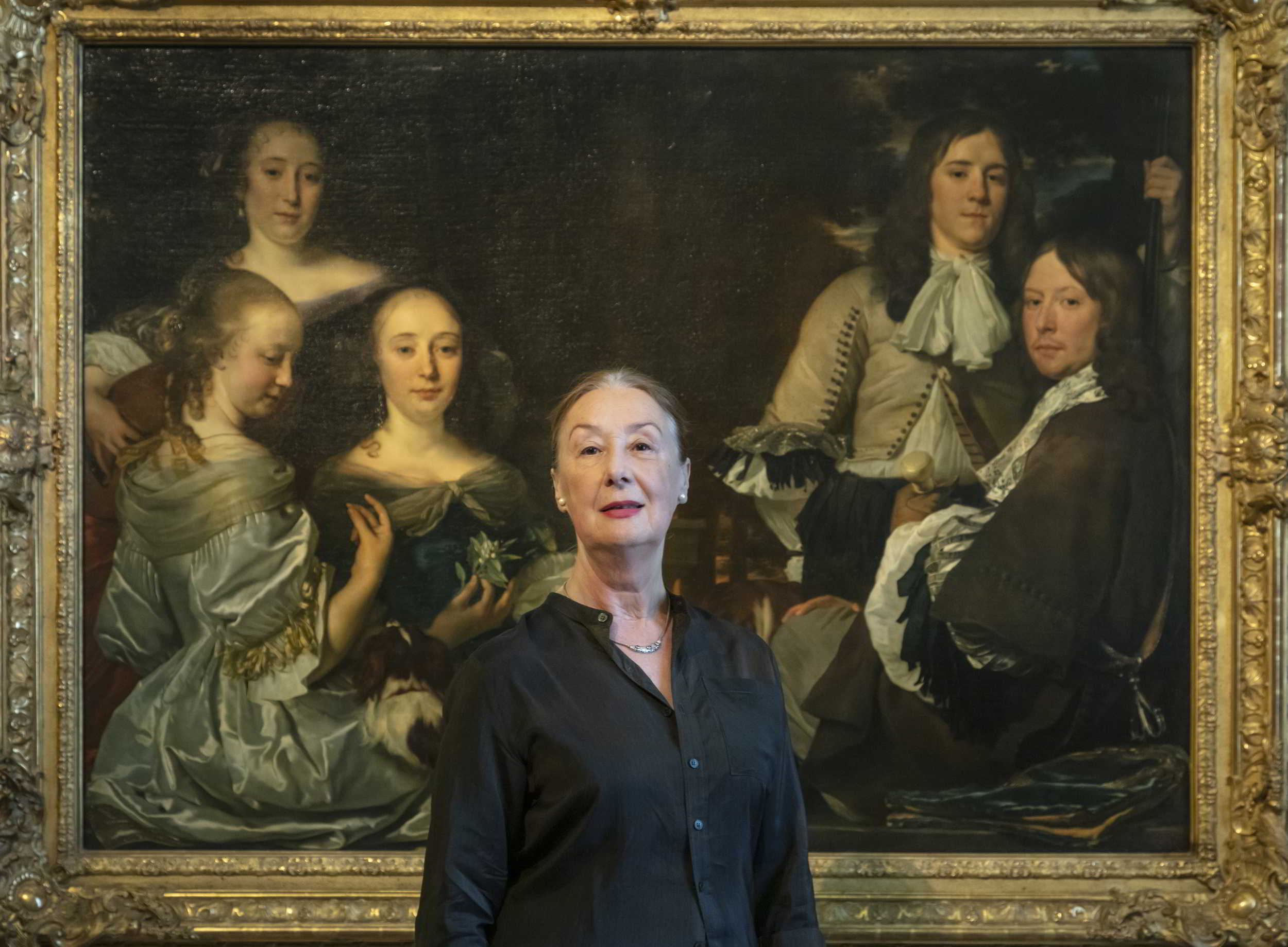 As is well known, the collection of the Hermitage, the nucleus of which dates back to the acquisitions of Catherine the Great, experienced a turbulent, dramatic history after the 1917 revolution. In the early 1930s, much of it went to auctions in Western Europe and became dispersed around the world. In addition, many paintings were distributed among small provincial museums. At the same time, the Hermitage acquired many works from nationalized private collections. Because of all this, the collection of the Hermitage acquired a remarkable diversity.

Besides its famous masterpieces, there is also what you might call a Studiensammlung – that is, paintings by a great many minor artists, which complement the masterpieces, giving an overview of the enormous creativity of Dutch artists in the seventeenth century. For art history students, this “vocabulary” of names of Dutch masters provides an excellent “database.” I saw it as my primary task to chart and publish the enormous collection that had been built up in this way. What this means is that the almost 1,600 Northern Netherlandish paintings of the seventeenth and eighteenth centuries that are to be found in the Hermitage Museum are now being incorporated into a single catalogue for the first time.

The best part of the collection is on view in the permanent exhibition. This currently extends across eight galleries and smaller rooms. There are now almost twice as many paintings on display as in the 1970s – approximately 320. The gallery with works from the School of Rembrandt, which was closed for over twenty years, was re-opened. Forty-five small paintings, including famous works by the Leiden Fijnschilders, are now exhibited in special display cases. 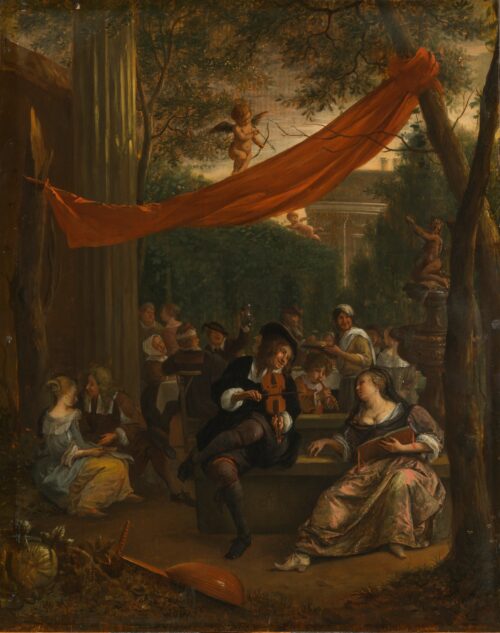 Many works have been restored and framed with the support of the Dutch Friends of the Hermitage, including the monumental paintings Annunciation to the Shepherds by Nicolaes Berchem and The Nieuwmarkt in Amsterdam by Bartholomeus van der Helst, both of which were on display in 2017 in the exhibition in the Hermitage on the Amstel. A program was launched for the systematic technical examination and restoration of the works of Rembrandt. I gave a lecture on some of the results of this work at the Rijksmuseum, Amsterdam in 2018. 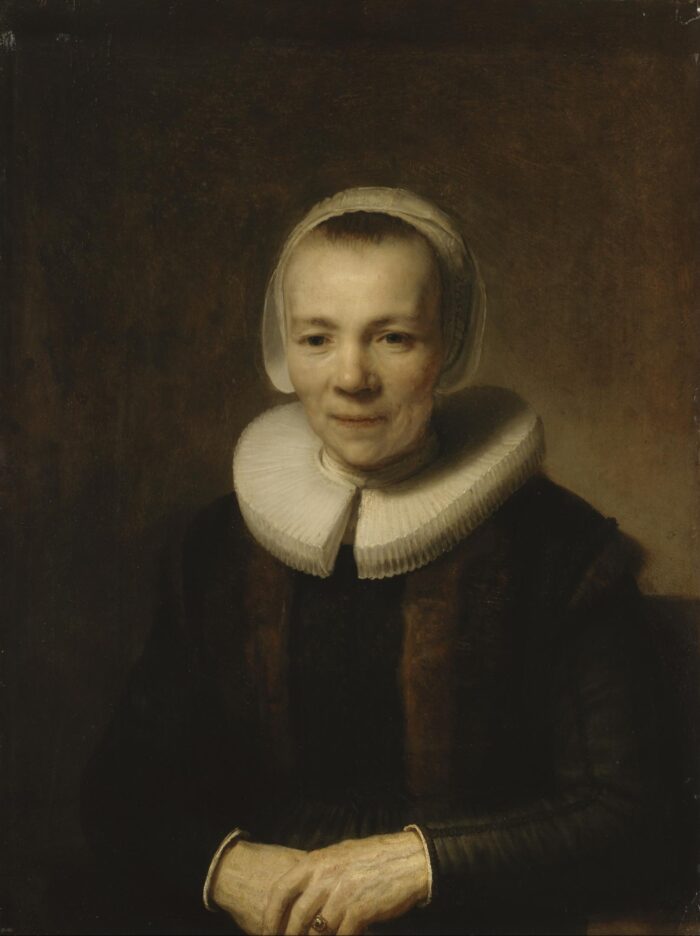 The Hermitage collection includes many outstanding works. To ask which painting is my favorite is almost like asking a child which it loves most, its mother or its father. It is impossible to answer. Nonetheless, Rembrandt’s Portrait of Baertje Martens is particularly dear to me. We can only hazard a guess as to how the artist managed to capture the barely suppressed, lightly trembling smile of this not particularly beautiful, rather thin woman, in such a way as to give her face an enormously evocative, ardent, expression. It is as if the painting has brought her to life.

Another painting for which I feel a particularly close connection is Lot and his Daughters by Joachim Wtewael, a masterpiece of Late Mannerism. This has to do with my memories of its discovery in 1988, inside the Theater of Musical Comedy in St. Petersburg. It had been hanging there for decades, quite unnoticed, high up on the wall above the doors facing the central staircase. After I had identified the painting, we wanted to move it to the Hermitage. That was far from easy. Getting all the necessary paperwork together was a daunting task. Furthermore, in the age of Perestroika, the theater had almost no security and no alarm. Once it had become clear that we were dealing with a very valuable painting, it was therefore important to transfer it to the museum as soon as possible, the minute we had obtained all the necessary documents. We placed our trust in the motto blazoned on the doors of the Sheremetev Palace “Deus conservat omnia.” Because of the enormous haste and the lack of any sensible means of transport, we ended up taking the painting to the Hermitage in a baker’s van adorned with the word “Bread.” This magnificent work is now to be found in the permanent exhibition of the museum.

I have singled out just two works, but there are so many unique, fascinating paintings in the Hermitage collection that it remains an enormous pleasure and privilege to be able to work with them. 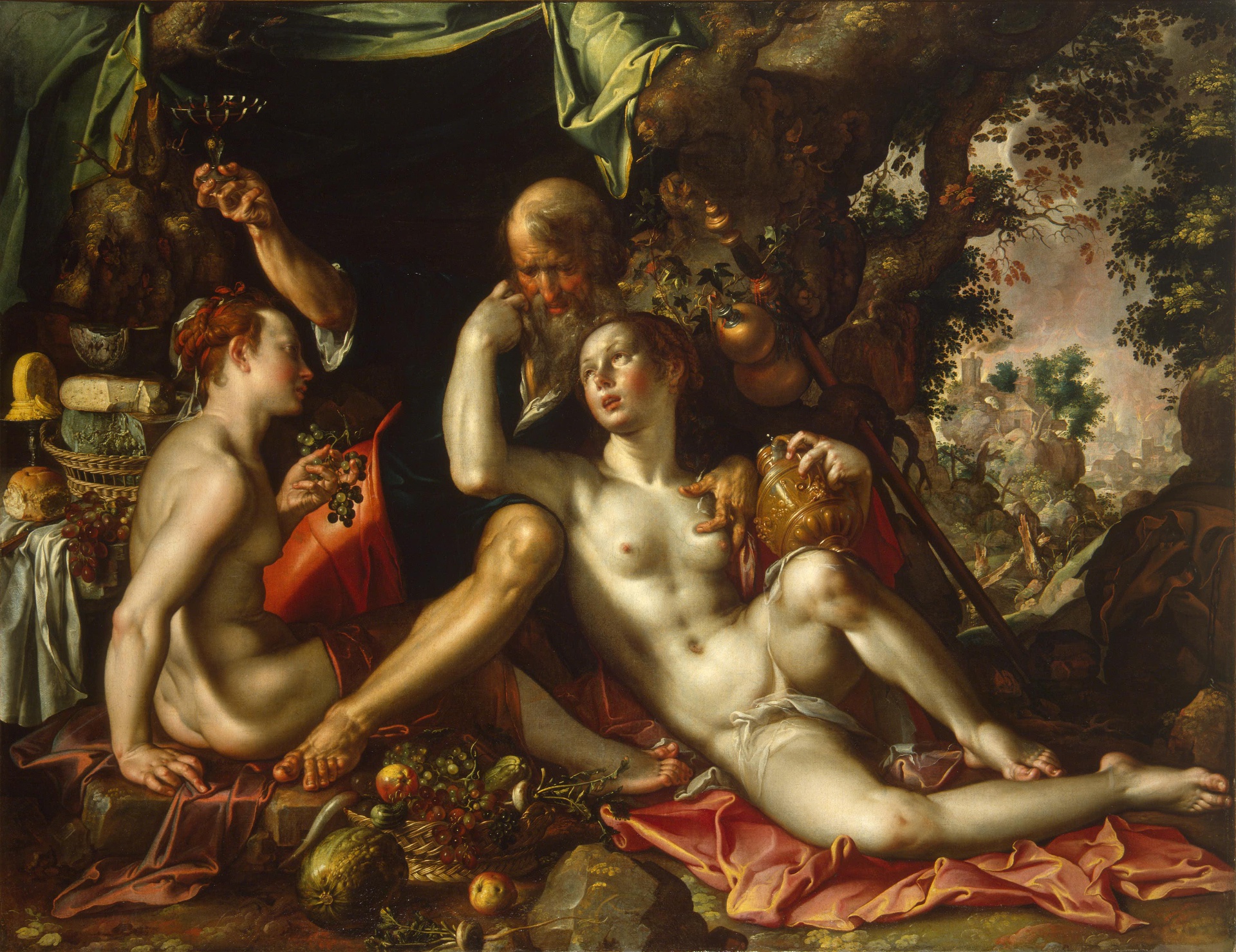 I was born in St. Petersburg and studied art history there at the Ilya Repin Institute for Painting, Sculpture and Architecture, the oldest art academy in Russia, founded in 1757. There I chose to specialize in Western European visual arts of the sixteenth and seventeenth centuries. After that – in 1976 – I pursued my postgraduate studies at the Hermitage Museum, under the supervision of Irene Linnik. In 1984 I gained my master’s degree with a thesis on cityscapes in seventeenth-century Dutch paintings, focusing on the works of the Berckheyde brothers, Job and Gerrit, and Jan van der Heyden.

In 1998 I was awarded a grant by the Mellon Foundation for an internship at the Metropolitan Museum of Art in New York, where Walter Liedtke was working as curator of European paintings. We had long discussions in which he gave me the benefit of his many years of experience and I learned a great deal. In 2006 I obtained my Ph.D. at the State University of St. Petersburg with the dissertation The Russian Passion for Dutch Painting of the Golden Age: The Collection of Pyotr Semenov and the Art-Market in St. Petersburg, 1860–1910. It was published as a monograph in Russian by the State Hermitage in 2009 and in English by Brill in 2015. 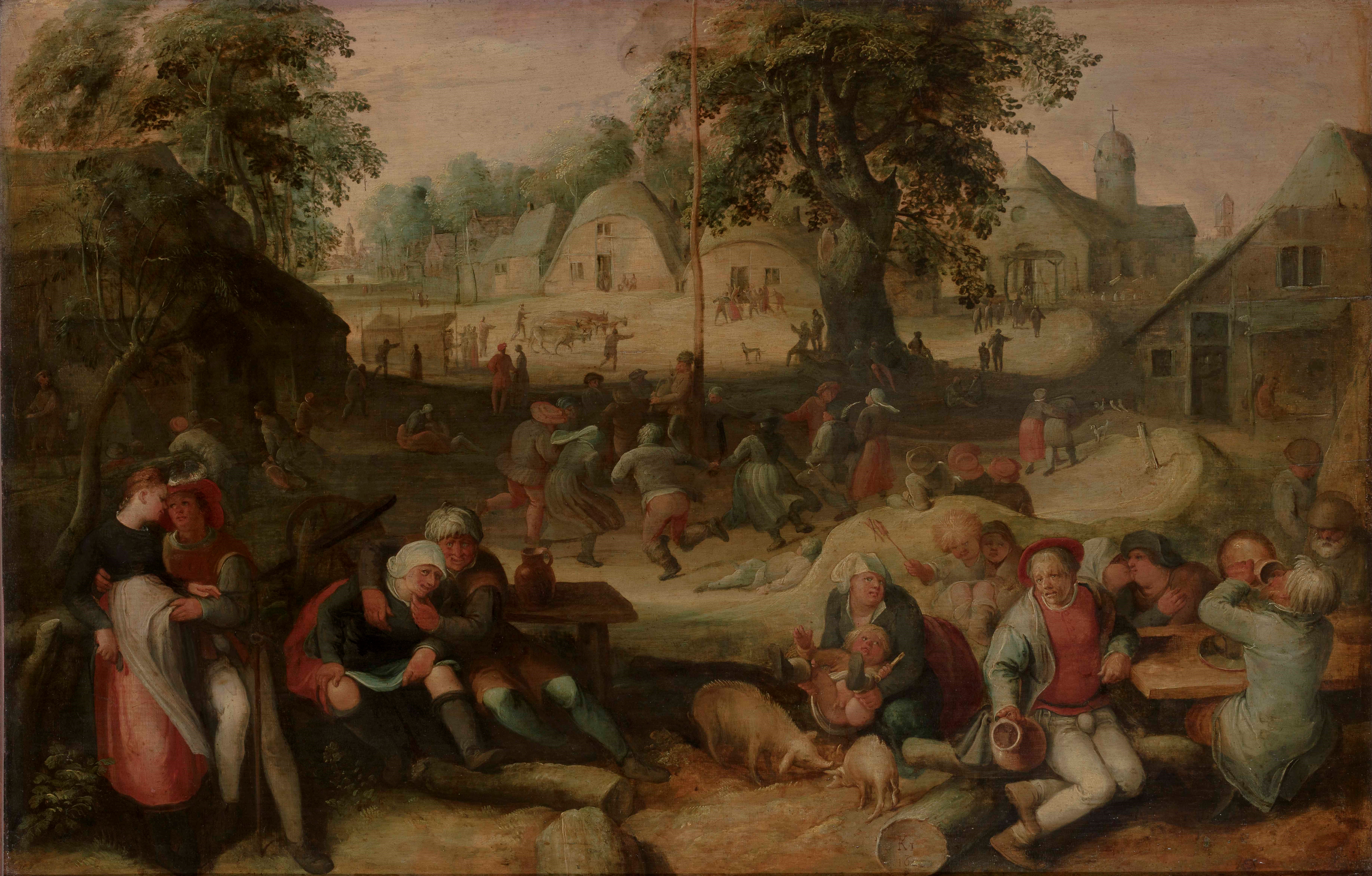 Curator at the Hermitage

Since 1979 I have been a curator at the State Hermitage Museum in St. Petersburg. In addition, I am now Senior Researcher at the Department of Western European art and a professor at the Repin Institute for Painting, Sculpture and Architecture. I have been a member of CODART since it was founded in 1998. This organization’s support has enabled me to take part in several of its congresses, at which I have myself given several lectures.

Over the years I have organized a number of exhibitions, including two in the Musée des Beaux-Arts de Dijon in 1993: L’Age d’or flamand et hollandaise: Collection de Catherine II  and Rembrandt et son école: Collection du muse de l’Ermitage de Saint-Pétersbourg, in partnership with Emanuel Starky. In 2006 I organized the exhibition A collector’s taste: Dutch paintings of the 16th and 17th centuries from the collection of Pyotr Petrovych Semenov-Tian-Shansky and in 2017 Dutch Masters from the Hermitage in the Hermitage on the Amstel in Amsterdam. Most recently, I marked the 350th anniversary of the death of Rembrandt with the exhibition The Fall of Haman: Rembrandt’s Picture in the Mirror of Time. This placed the masterpiece in the context of Rembrandt’s era and presented the results of the restoration of this celebrated and enigmatic painting.

Currently I am working on the catalogue of the entire collection of Northern Netherlandish art of the seventeenth and eighteenth centuries at the Hermitage. In 2017 the first two volumes appeared in Russian (covering the Russian equivalent of letters A to L). A foundation has been set up to raise funds for the English version of this collection catalogue. Volumes three and four are scheduled for publication in 2021(in Russian).

Irina Sokolova is Curator of Dutch Paintings in the State Hermitage Museum, St. Petersburg, Russia. She has been a member of CODART since 1998.