This article was first published in the CODART eZine, no. 3 Summer 2013.

When it opened in 2000, Mecanoo’s modern design for the Stedelijk Museum Alkmaar seemed an unlikely setting for such a fine collection of Dutch Old Masters, and yet here they are in pride of place: two portraits by Maarten van Heemskerck and two others by Nicolaes Eliasz Pickenoy, eleven paintings by Caesar van Everdingen, a large church interior by Saenredam, a Holy Family by Honthorst, and more besides. At present, the museum is in the process of revamping its permanent display. Victory! The Siege of Alkmaar in 1573 and Alkmaar’s Golden Age opened in October 2012. This year’s project is the renewal and extension of our Bergen Expressionists presentation. Last, and possibly most complex of all, is our “Portrait of Alkmaar” gallery, providing a view of the city and its inhabitants over the centuries. This is planned for 2014. 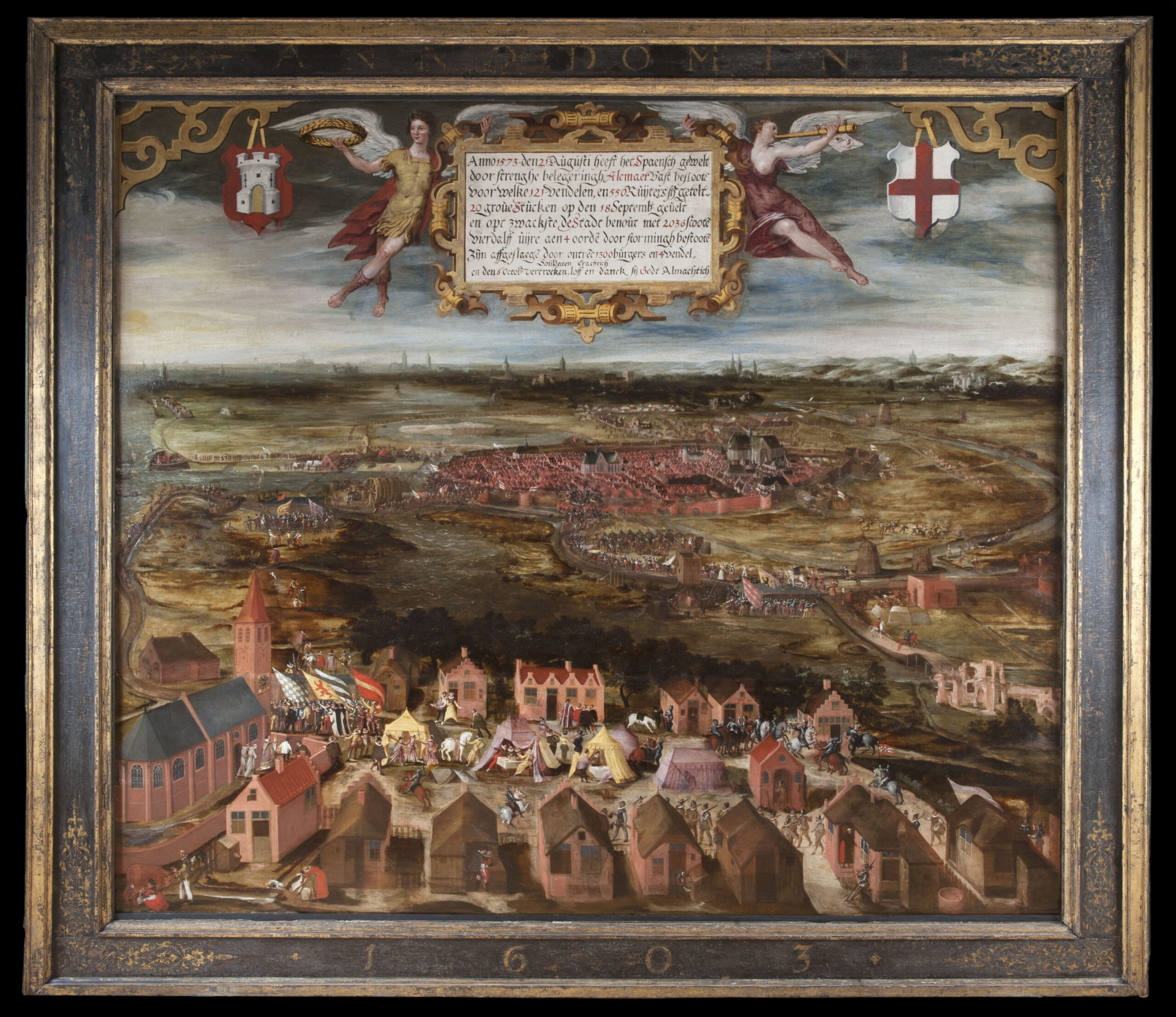 Alkmaar’s Victory is the logical starting point: 1573 put Alkmaar on the map historically, and launched its economic boom. In fact the museum’s original collection began with a group of objects relating to the Spanish siege. These include some key items and pictures, with three contemporary paintings of the besieged city commissioned by Alkmaar’s civic guards (fig. 1). Among similarly commissioned works, the museum boasts sixteen militia group portraits from the years 1592-1657. When these companies were disbanded, their paintings went to the town hall. They formed the core of the Stedelijk Museum’s presentation when it opened in 1875. Today, the museum’s collection of Dutch civic guard portraits, three of them by Caesar van Everdingen (1616/1617-1678), is the third largest, after those of Amsterdam and Haarlem.

The Everdingens—our pride and joy—feature prominently in Alkmaar’s Golden Age. This display celebrates the best of Alkmaar’s Old Master paintings, most of them from municipal institutions and buildings such as the town hall, churches and almshouses, along with a selection of extraordinary furnishings, silver showpieces and seventeenth-century glassware. Leading into the main gallery is a small series of outstanding sixteenth-century artworks, namely, the recently conserved portraits of wealthy Alkmaar couples by Maarten van Heemskerck and Aert Pietersz (figs. 2 and 3) and three paintings by Cornelis Cornelisz Buys II (1495/1500-1545). 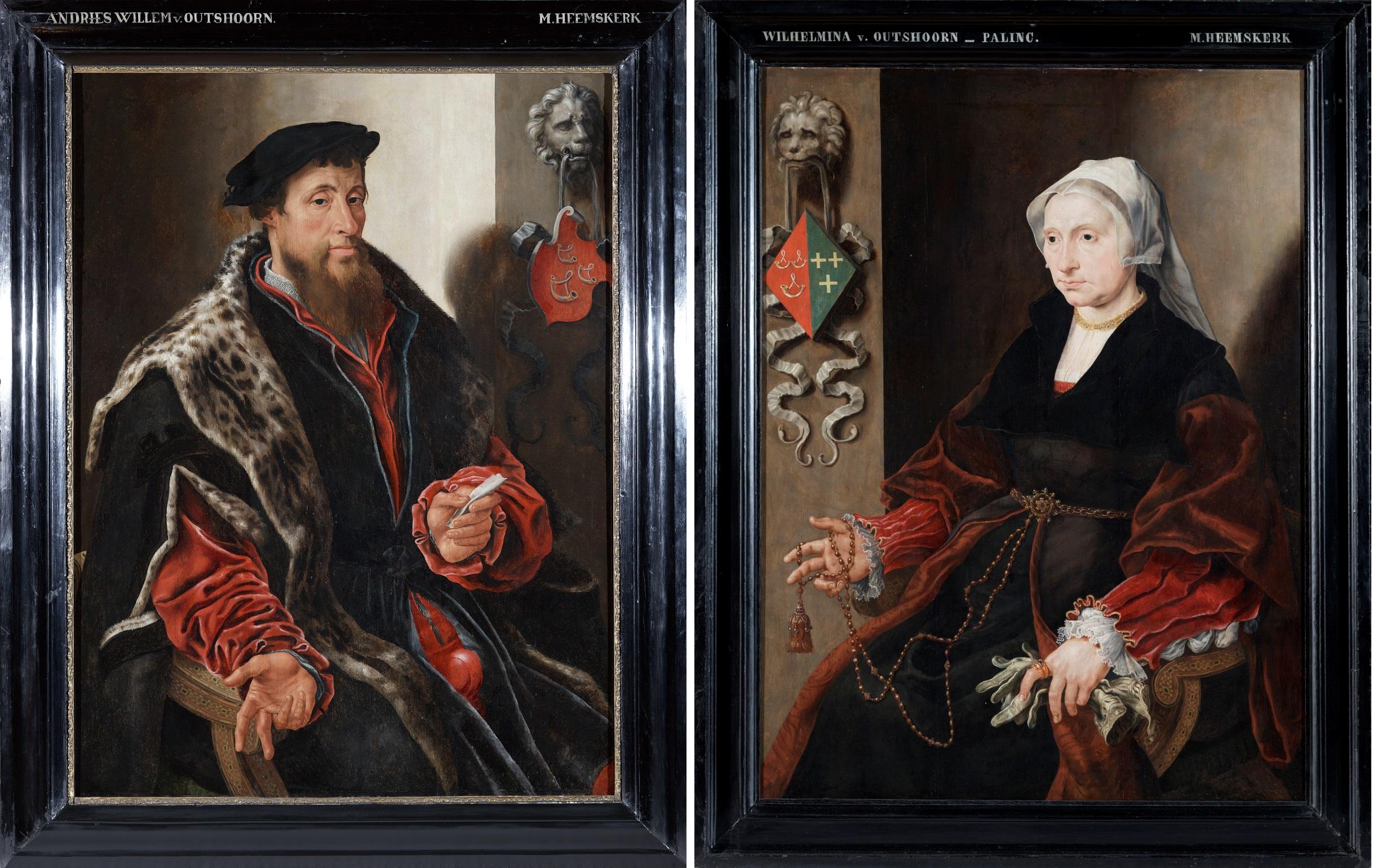 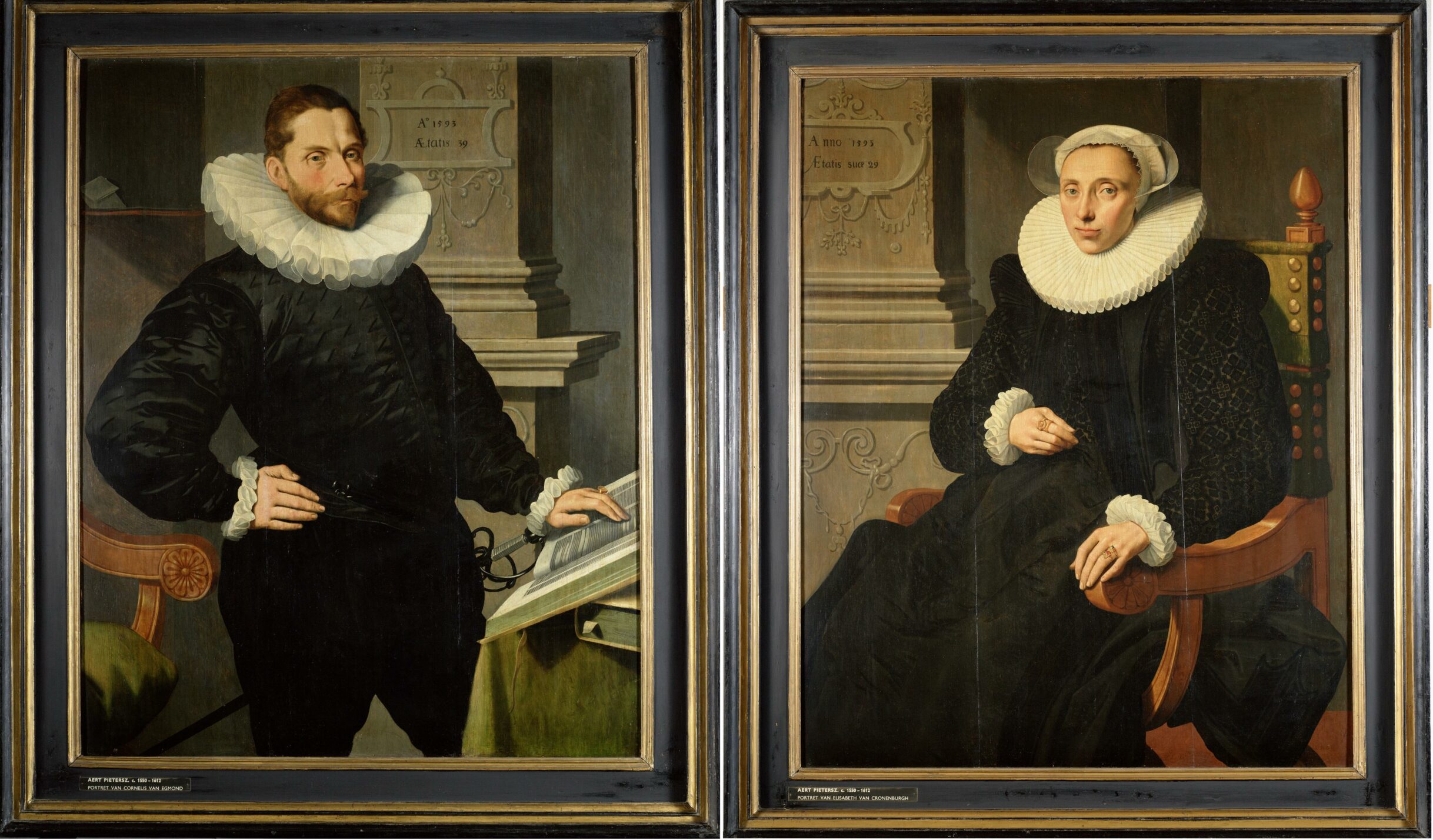 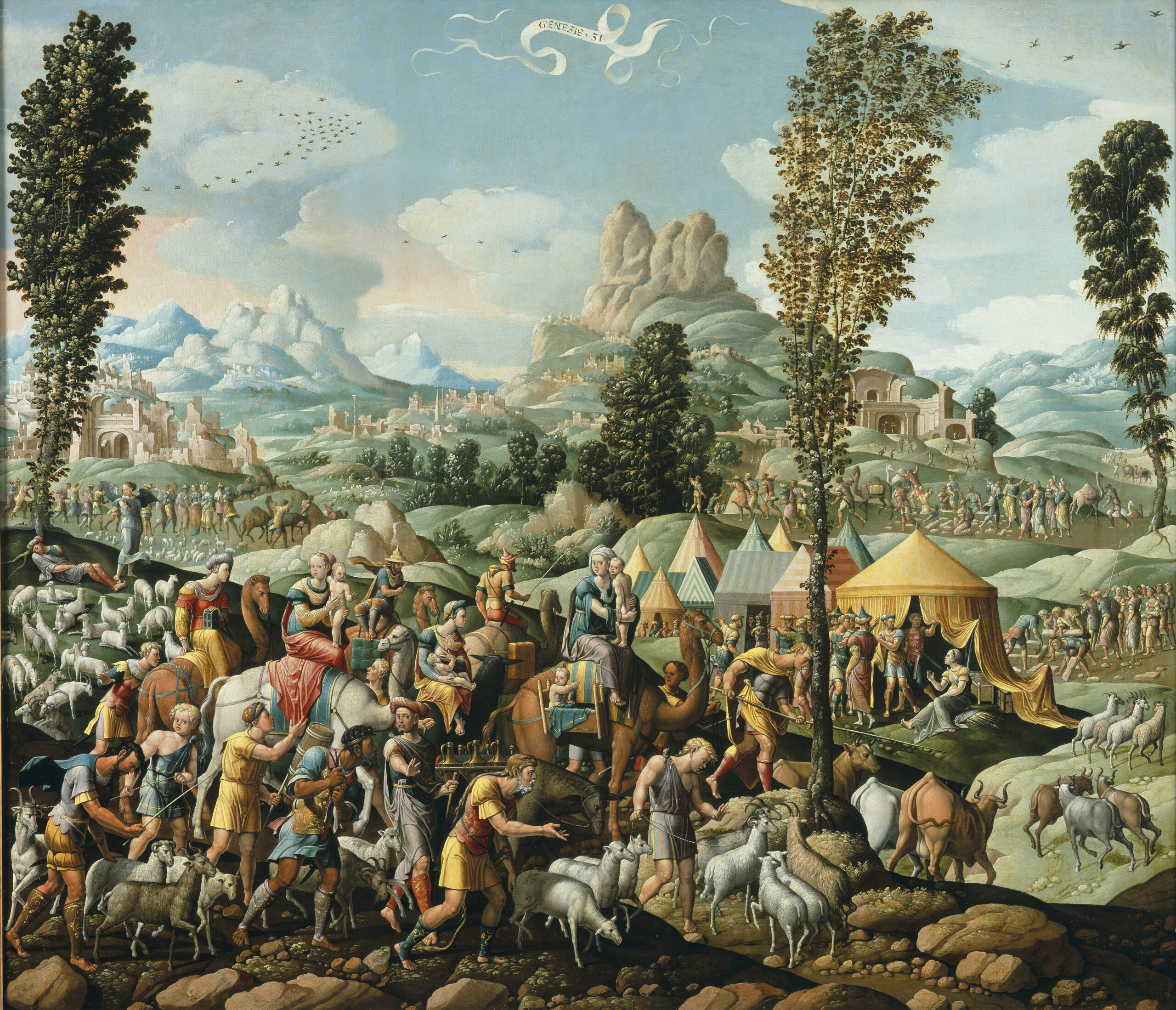 Fig. 4. Cornelis Cornelisz Buys (II) (1495-1545), The Parting of Jacob and Laban, ca. 1535
Acquired with support from individual sponsors, the Rembrandt Association (with assistance from the BankGiro Lottery Acquisition Fund, the Stortenbekerfonds and the Themafonds Middeleeuwen) and the VSBfonds.

The Parting of Jacob and Laban, the largest and most impressive of the three Buyses, was acquired in the spring of 2013 (fig. 4). As told in Genesis 31, Jacob leaves his father-in-law Laban, taking his wives and children along with his livestock, having worked for many years for his aging kinsman without any appreciable reward. Buys incorporates different episodes from the story into a panoramic landscape reminiscent of Scorel. In the foreground, the turbaned Jacob appears next to the camel carrying his wives Leah and Rachel. To the left is the preceding episode, and to the right, the conclusion of the story. A wonderful narrative quality defines this painting. There are figures everywhere, all gesturing busily or casting meaningful glances at the viewer. The metallic sheen of the work is also striking, as if it was painted with bright enamel rather than oil paint. This brilliance of color is a characteristic feature of Buys’s oeuvre. Despite working in a relatively small town, Buys’s importance as an artist far exceeded that of a local master. The purchase of his Parting of Jacob and Laban will do much to encourage appreciation for the work of this Dutch master from Alkmaar and provide greater insight into his place among such giants of the art world as Scorel and Heemskerck.

The Parting of Jacob and Laban will feature in the major 2014 retrospective of the artist’s uncle and teacher Jacob Cornelisz van Oostsanen (1470-1533), Van Oostsanen: The Unknown Dutch Master. This is a collaboration between the Stedelijk Museum Alkmaar and the Amsterdam Museum, as well as the Church of St. Lawrence (Sint-Laurenskerk), Alkmaar, the Rijksmuseum and Radboud University. It will be the first show to feature Jacob Cornelisz’s oeuvre alongside the work of his pupils and contemporaries. Van Oostsanen will be mounted simultaneously in Alkmaar and Amsterdam from 15 March to 29 June 2014.

Alkmaar’s Stedelijk Museum has made a number of excellent acquisitions in recent years. In 2011, the museum bought two portraits by Caesar van Everdingen, one showing Cornelis Jacobsz Groot, a prominent burgher of Alkmaar, and the other – dated eight years later, but obviously a pendant to the earlier portrait – an unidentified woman, possibly Cornelis’s sister (fig. 5). Our interest in these pieces was kindled by the relationship between the individual portrait and one of our Everdingen civic guard portraits: Cornelis is the captain in the foreground, right (fig. 6). Both works now hang in the Everdingen corner of our Golden Age presentation, together with various companions, such as his amazing depiction of Lycurgus demonstrating the advantages of education. Caesar was commissioned to paint this for Alkmaar’s town hall by the city magistrates, celebrating their invitation to sit on a committee to discuss the education of Willem III, a “child of the state” who later became king of England. 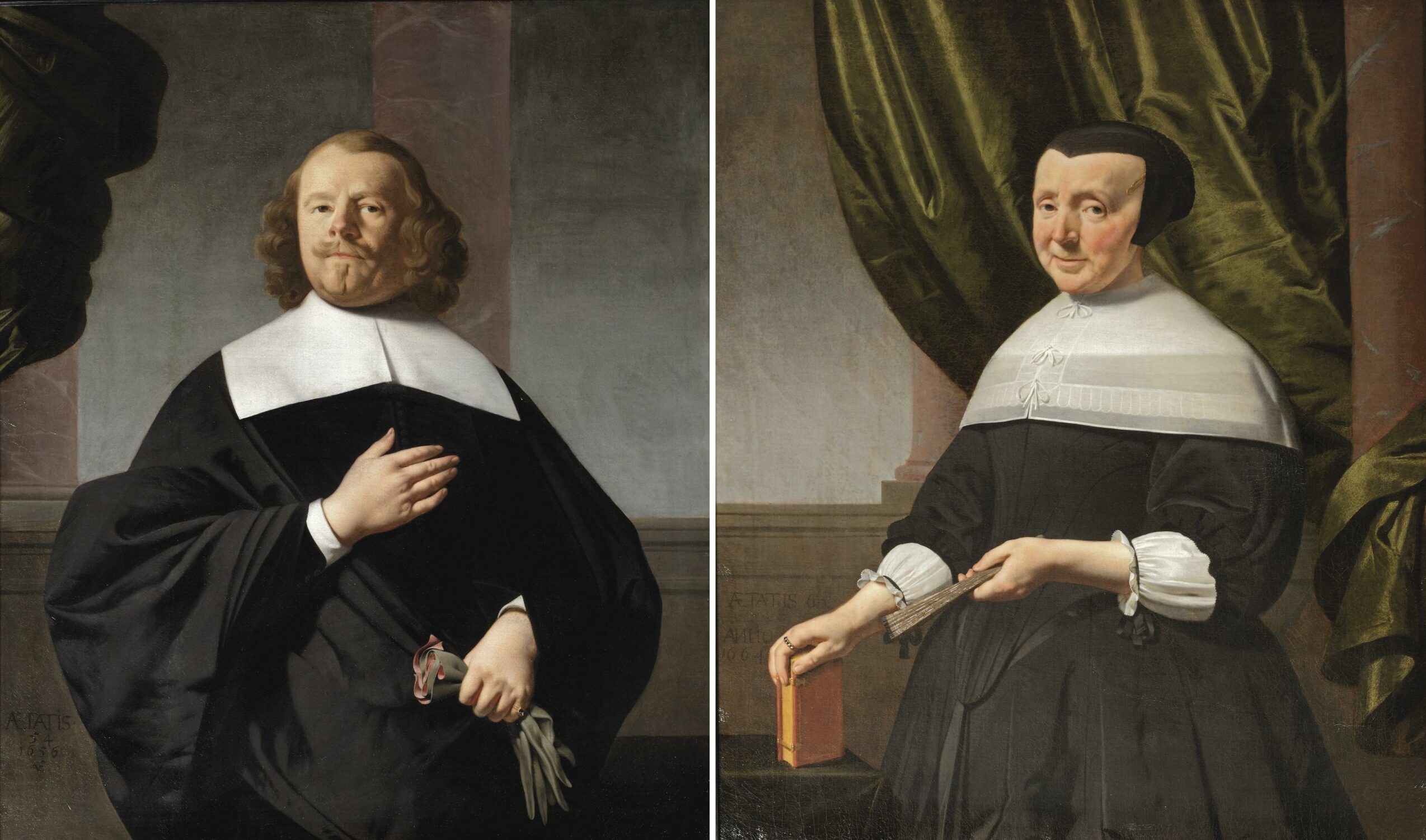 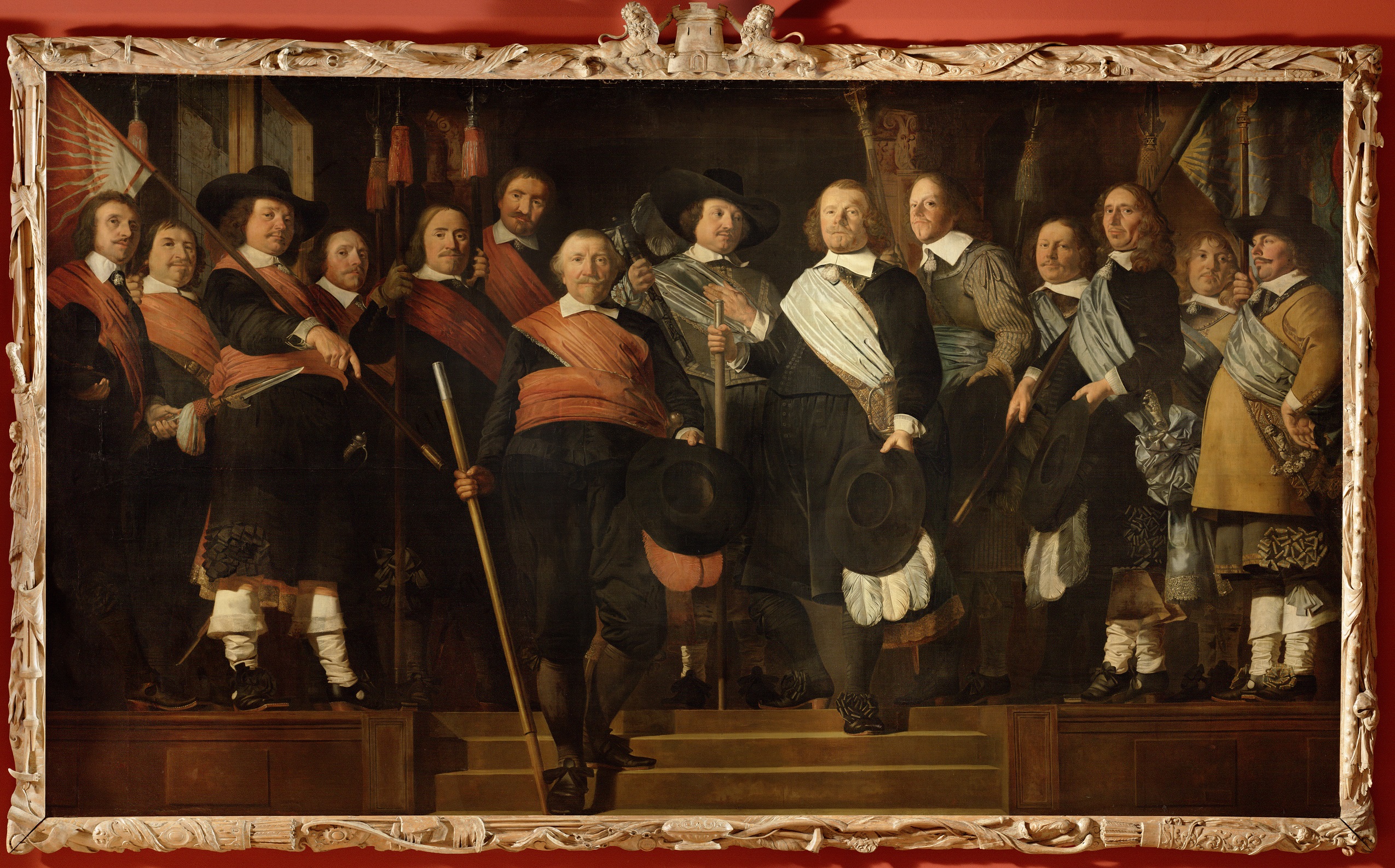 For the spring of 2016 we are planning a show about Caesar and Allart van Everdingen, part of a series of exhibitions devoted to artistic families stemming from or working in Alkmaar. Between the Oostsanen and the Everdingen exhibitions, in the winter of 2014-15, we will host the oeuvre of a lesser known master, Claes Jacobsz van der Heck (c. 1580-1652). 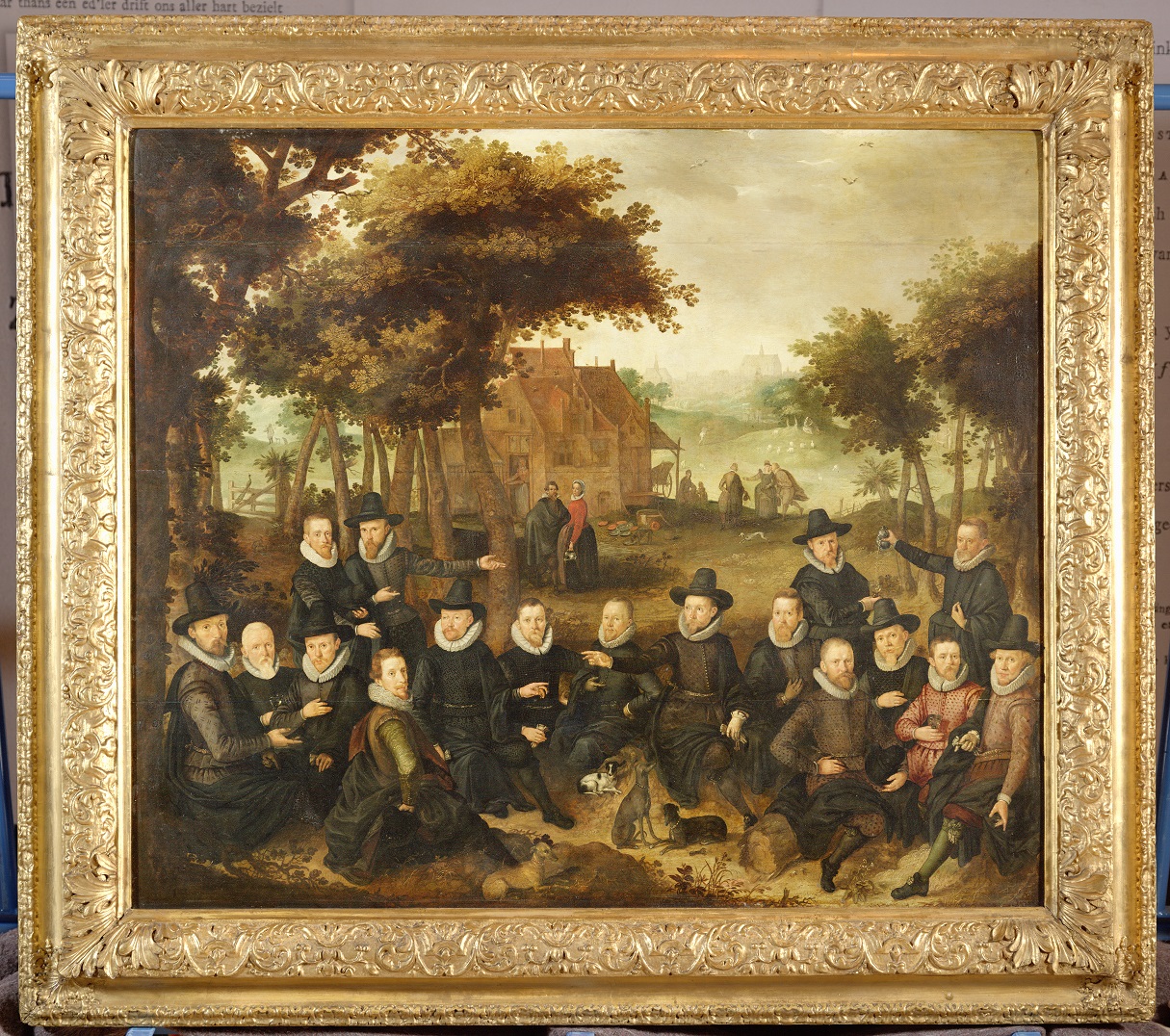 The painters’ guild of Alkmaar was established in 1631. Claes Jacobsz was a founding member; Caesar van Everdingen joined the following year; and Claes’s cousin Claes Dircksz van der Heck (c. 1600-1649) joined in 1635. The Van der Hecks must have enjoyed considerable status in Alkmaar, running the city’s most productive workshop in the first half of the seventeenth century. Claes Jacobsz, the patriarch and best-known member of the family, painted landscapes, portraits and history scenes. One particularly fine and fascinating work is his group portrait of Alkmaar’s civic guards (fig. 7), whose officers he portrayed in an unusual setting, on an outing to the dunes near Alkmaar.

Claes Jacobsz appears to have joined forces with his cousin Claes Dircksz in the 1620s, and it was at this time that the studio began to thrive as a business, producing marketable pictures that included small landscapes and series of views of Egmond. Claes Jacobsz’s son Maarten – who was named after his famous great-uncle Maarten van Heemskerck – may have helped paint these. The division of labor in the studio is unclear, in fact. Most works are signed “C Heck fecit”: a kind of studio brand name. Did the two Claeses deliberately obscure the authorship of the works that left their studio?

Loans from the Nijenburg estate

Some of our museum’s finest exhibits are permanent loans from almshouses and family estates. The Van Heemskerck portraits, on view in the museum since its establishment in 1875, are actually from the Paling and Van Foreest Almshouse Foundation (Stichting Provenhuis Paling en Van Foreest). In 1966, another Foreest family foundation permanently loaned to our museum a collection of portraits originally housed at the country estate of Nijenburg. Over the past four years, all fifty-two canvases and panels – dating from as early as 1550 and as late as 1939 – and their frames have been restored. Part of the collection is on display at Nijenburg, which is open for guided tours. The older, more fragile works by artists such as Nicolaes Eliasz Pickenoy and Jan de Baen (fig. 8) hang in the museum’s Golden Age gallery. 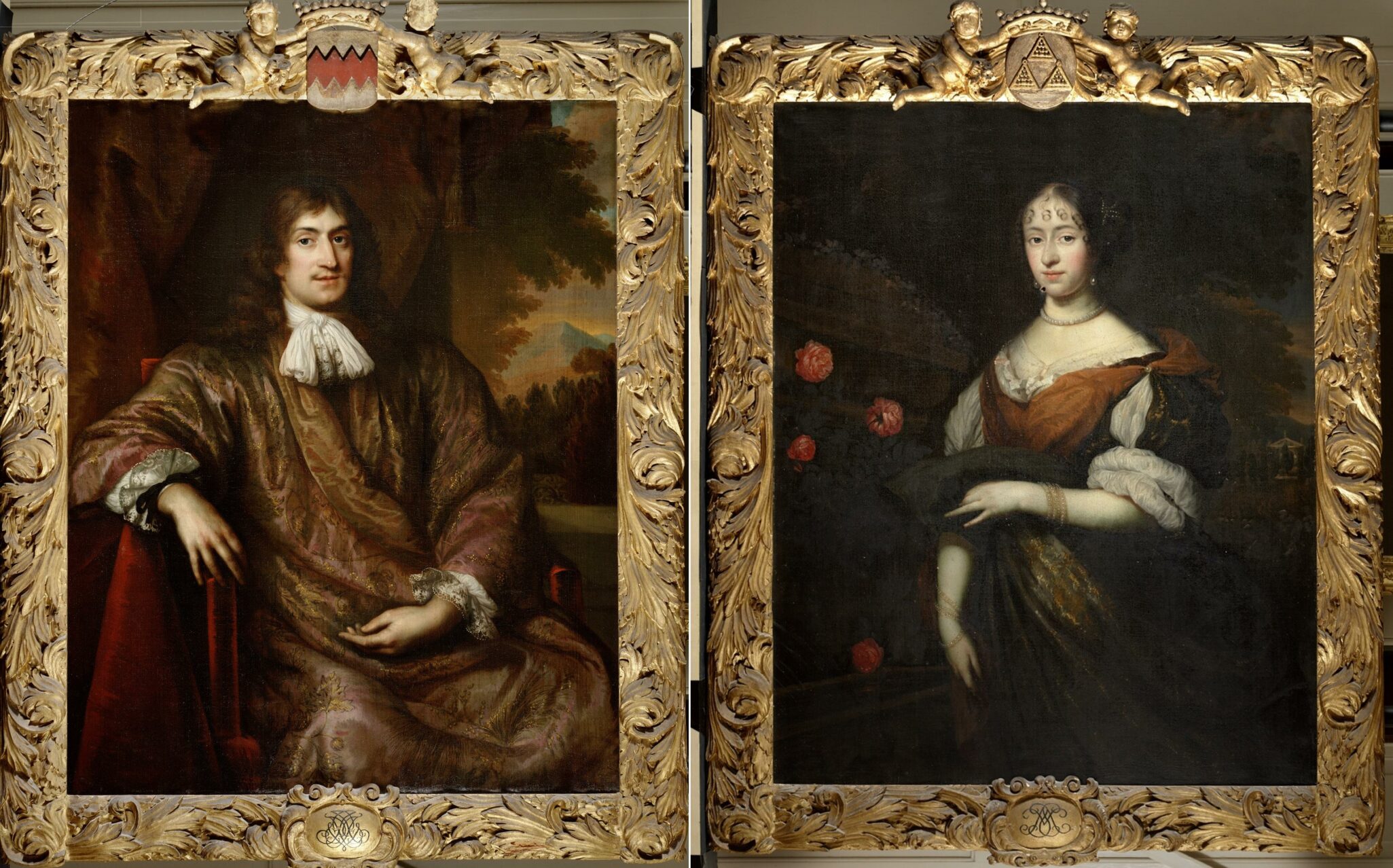 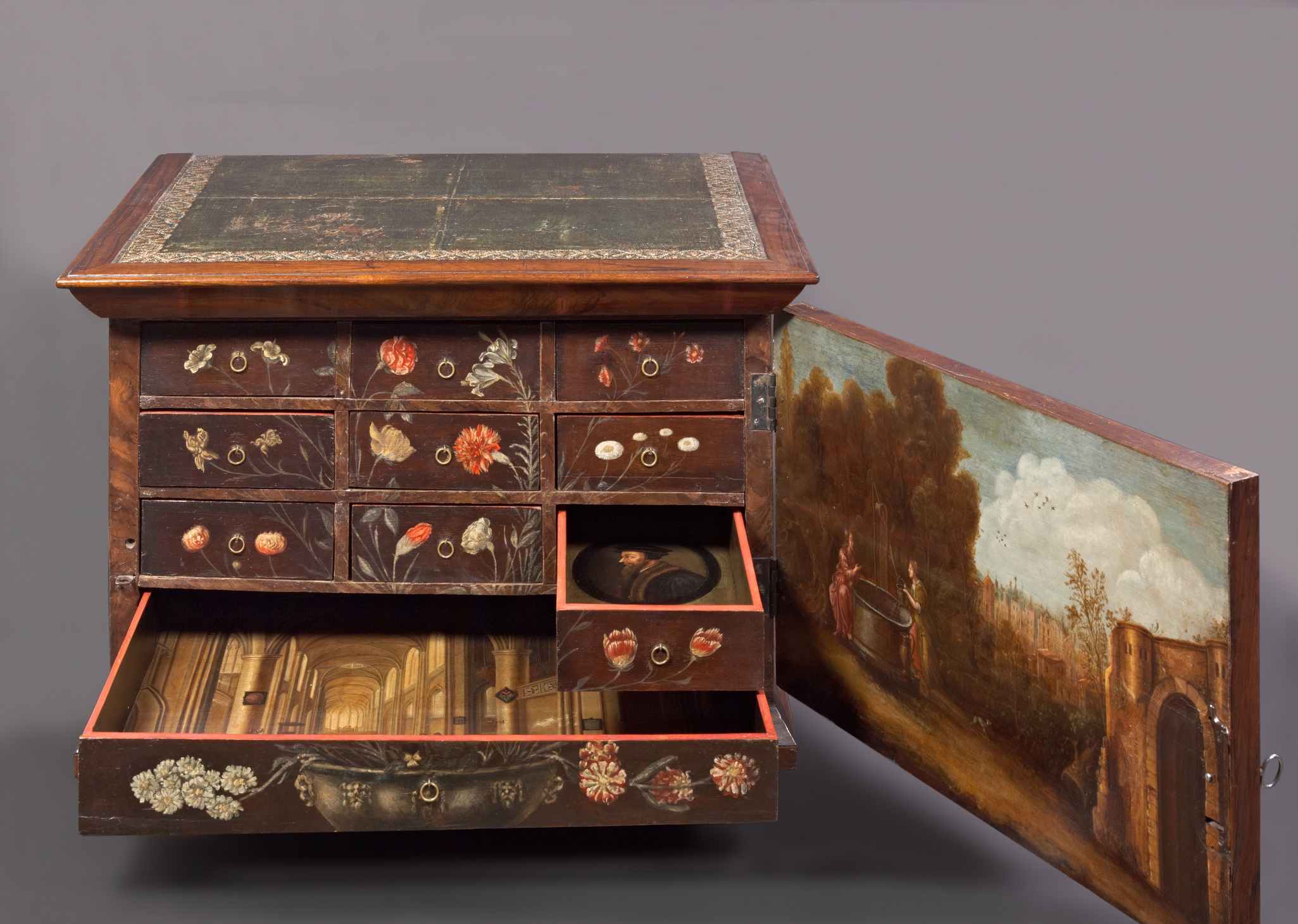 These are shown alongside a fascinating cabinet from Nijenburg (fig. 9), nicknamed the “Lutheran Cabinet” because of its unusual decoration. The door shows Jesus and the woman of Samaria, while the interior displays a church and portraits of famous Protestant reformers. Susanna Gaspoel – wife of the artist Hendrik van Steenwijck, who specialized in architectural interiors – signed the door and the church interior. It is unclear if she also painted the drawers. 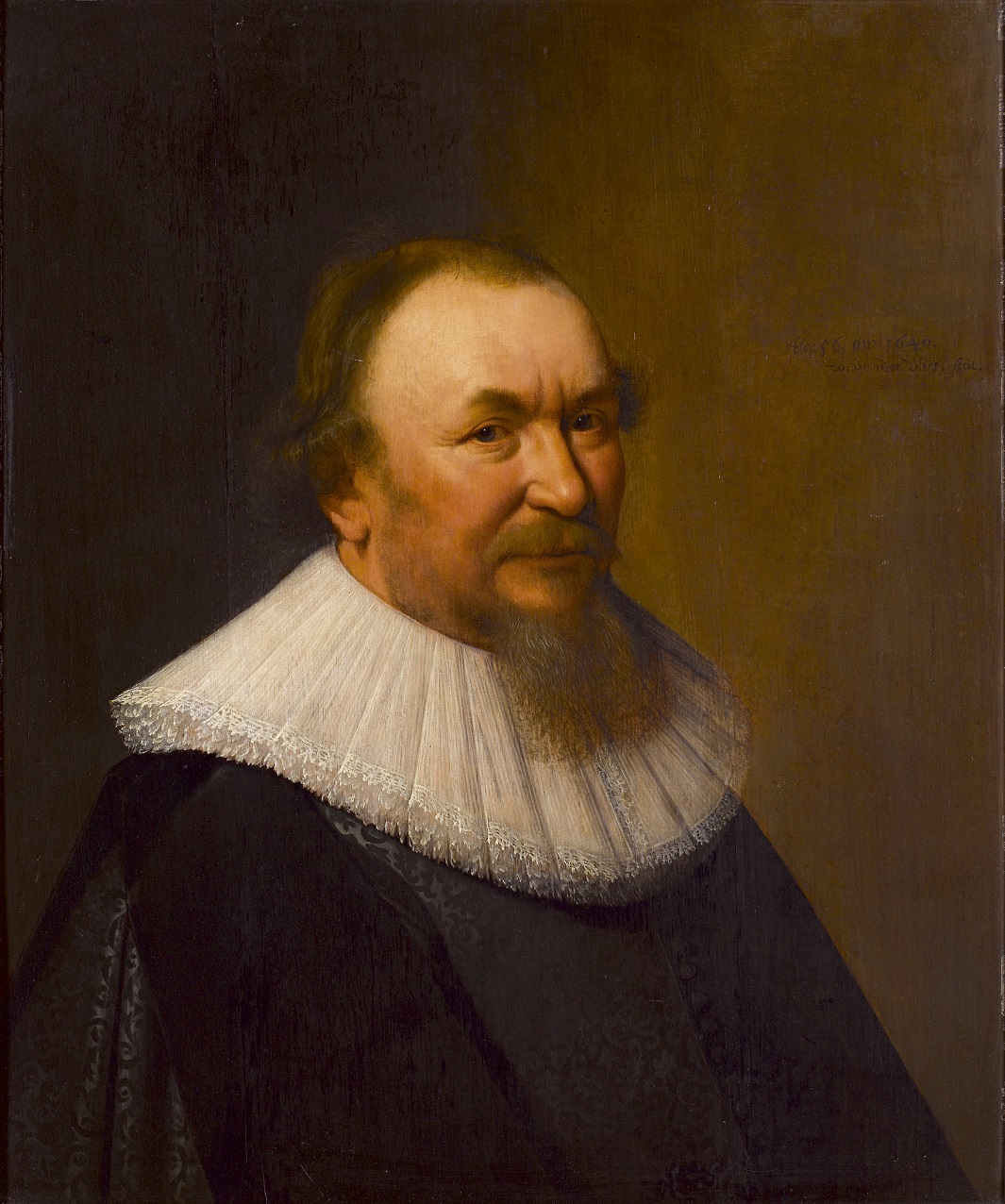 Like any municipal collection, Alkmaar’s Stedelijk Museum owns many portraits, city views and landscapes. The works on display in the Victory! and Golden Age presentations are the proverbial tip of the iceberg. The gallery devoted to presenting a “Portrait of Alkmaar” will feature a broader selection of pictures: delicate views of the city’s excise duty tower by Jan ten Compe and Johannes Klinkenberg, a hazy dune landscape by Edgar Fernhout, colourful portraits of burghers of Alkmaar by Nicolaas Verkolje and Jan Adam Kruseman, and some recently acquired Old Masters such as Willem van der Vliet’s Portrait of Pieter Jacobsz Pauw (1584-1647) (fig. 10).

Christi M. Klinkert is curator at the Stedelijk Museum Alkmaar, The Netherlands. She has been a member of CODART since 2009.