The Sinebrychoff Art Museum, which is a part of the Finnish National Gallery, is the only art museum in the country that is specialized in European art by artists born before 1830. It is located in a building in Helsinki that dates back to 1842 and used to be the home of the Sinebrychoff family, as well as housing the offices of their brewery. The entire building was turned into a museum in 1980, and all the old masters held by the Finnish government were moved there under the same roof. At the moment, the collections comprise more than 6,000 works of art. Chronologically, the Old Master works extend from the fourteenth to the mid-nineteenth century, while some of the sculpture is from classical antiquity. The overall collection inevitably reflects the tastes and preferences of the many collectors and donors.

The museum’s permanent core collection is on show in the former second-floor apartment of Paul and Fanny Sinebrychoff. The couple put together a remarkable collection of art, complete by 1914, which they bequeathed to the nation in 1921, making it the biggest art donation in the nation’s history. It was also the biggest collection of privately acquired art in the Nordic countries at the time.

Paul Sinebrychoff collected Swedish seventeenth and eighteenth-century portraits and miniatures, silver, glass, porcelain and furniture. Some of his early acquisitions, for instance several portraits by Martin Mijtens and the portraits of Queen Christina of Sweden by David Beck and Queen Hedvig Eleonora of Sweden by Toussaint Gelton, were painted by Dutch-born artists who had become influential in Sweden. Paul Sinebrychoff started collecting seventeenth-century Dutch and Flemish art in the early 1900s. The collection concentrates on portraits by artists such as Jan Daemen Cool, Isaac de Jouderville, Frans Luyckx, Nicolaes Maes, Michiel van Mierevelt, Nicolaes Eliasz Pickenoy, Jan Anthonisz van Ravesteyn, Johannes Verspronck and Cornelis van der Voort. Landscape painting is represented with three works by Aert van der Neer, Salomon van Ruysdael and Jan van Goyen. Still-life and genre painting are also represented by three artists each, the former with works by Jan van de Hecke, Maerten Boelema de Stomme and Willem Claesz Heda, and genre pieces by Anthonie Palamedesz, David Teniers the Younger and Cornelis Dusart. Provenance information is available on most of the paintings, as Paul Sinebrychoff was in the habit of corresponding with art dealers and with his personal “art agent” Osvald Sirén. 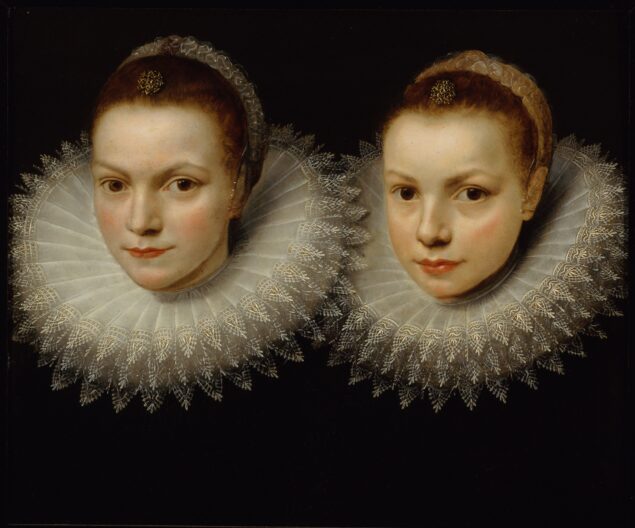 Among the paintings that are still waiting to be attributed, there is an especially fine portrait of two sisters by an unknown artist on copper, which Rudi Ekkart dates around 1610-1615. Paul Sinebrychoff purchased this double portrait as a work by Cornelis de Vos from the art dealer Jacob Hecht in Hamburg in 1907. It was later reattributed to Frans Pourbus the Younger, since the sisters’ handsome ruffs look very much like the one in his portrait of Archduchess Isabella (Groeningemuseum, Bruges). However, this attribution was recently rejected by leading Pourbus scholars. 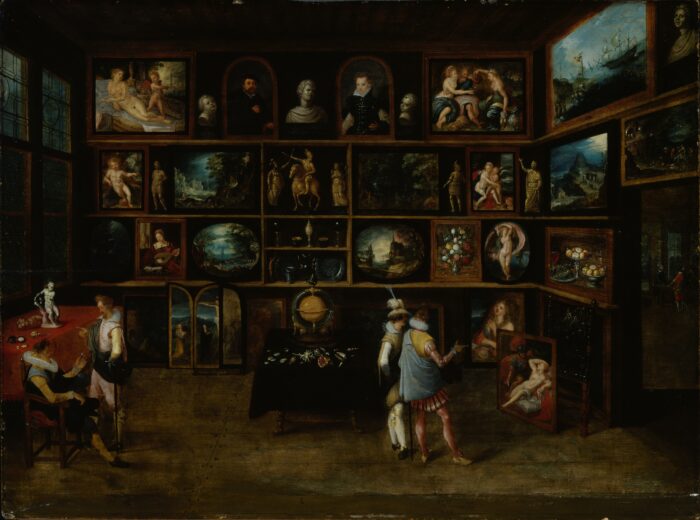 The museum’s oldest donation is the Baron O.W. Klinckowström Collection, which was gifted to the Finnish Art Society in 1851. This small collection includes two rare still lifes by the Bruges artist Godfriedt van Bochoutt, and Connoisseurs at a Gallery by Hieronymus Francken the Younger, dated 1623. Almost all the paintings depicted in this fine small panel have been identified.

A few other donations made include Dutch and Flemish paintings, and here the small collection of Chamberlain Hjalmar Linder deserves mention. His donation in 1920 included the controversial painting Monk Reading by Rembrandt, signed in 1661. The Rembrandt Research Project gave it to an anonymous pupil in the fifth volume of the Corpus, but Peter C. Sutton and certain other prominent Rembrandt researchers disagree. Another notable Dutch painting in the Linder Collection is Lady Drinking Wine and Holding a Letter in Her Hand by Gerard ter Borch. 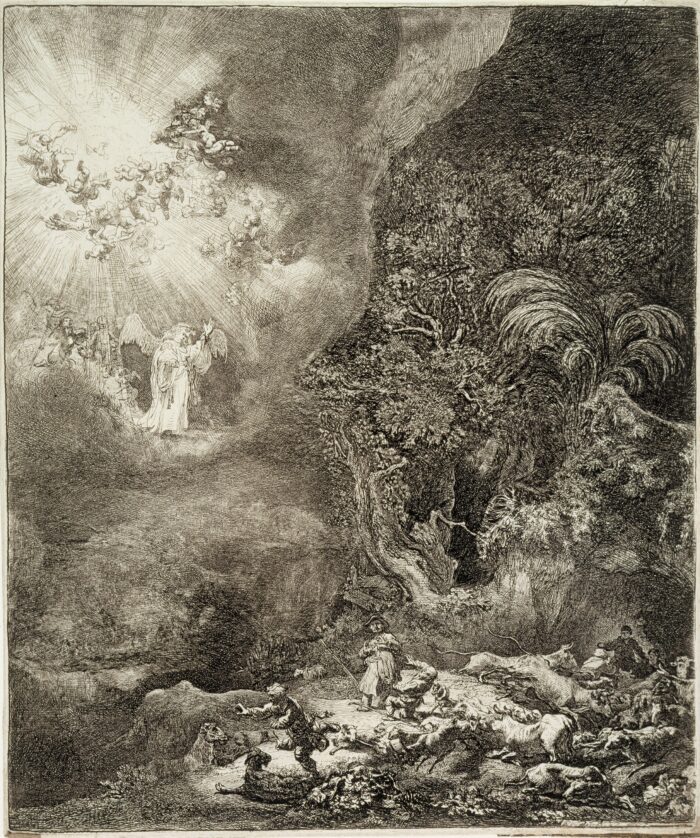 There are far more prints than paintings in the museum’s collections (approximately 1,100 paintings and around 4,000 prints). The basis of the print collection was laid with two major gifts. General Adolf Ramsay donated 647 sheets in 1919, and in the 1920s Alexander von Collan added a further 2,891. Von Collan, in particular, focused on Dutch and Flemish graphic art of the seventeenth century. Thanks to these two collectors, the museum owns etchings by Rembrandt and by his student Ferdinand Bol, works by Jan Lievens and portraits by Anthony van Dyck, for example.

The museum receives a modest annual grant for acquisitions, which has enabled some interesting purchases to be made. At an international auction in 2012 it acquired Noli me tangere by Jan Brueghel the Younger and another unidentified artist, painted on copper and dated c. 1640. The central figures of Mary Magdalen and Christ resemble those in a painting in the Rijksmuseum (inv. no. SK-A-2336). The painting style is also similar to that of the 15 small painted scenes from the life of Christ on the front panel of an early seventeenth-century Antwerp cabinet on a stand in the Sinebrychoff Collection. Another recent acquisition is a Landscape by Joos de Momper, which was acquired from a private Finnish collection.

Even though the Sinebrychoff Art Museum collections extend up to the nineteenth century, the museum has hardly any later Dutch or Flemish art. Incidental representatives of the nineteenth century include paintings by Eugène Joseph Verbockhoven, César de Cock and At St Mark’s Square in Venice by the Belgian Ivo Ambroise Vermeersch, which is dated 1844.

Minerva Keltanen is chief curator at the Sinebrychoff Art Museum, Helsinki, Finland. She has been a member of CODART since 2001.