On 13 April 2013 the Rijksmuseum reopened its doors after a major renovation project that lasted ten years. The international press lavished praise on the restoration and adjustments by the Spanish architects Cruz and Ortiz and the splendid interior design by the Parisian Jean Michel Wilmotte. Perhaps even more sweeping than the architectural interventions and the scrupulous restoration of the nineteenth-century decoration is the new concept for the presentation of the Rijksmuseum’s collections. Instead of presenting various art forms separately (painting, sculpture, applied arts, etc.), the visitor is guided through a chronological circuit in which painting, sculpture, applied arts and historical objects are combined to produce an overview of Dutch art and history from the Middle Ages to the twentieth century (fig. 1). The chronological presentations are divided over the various floors, starting in the basement with the period 1100-1600 and ending with a completely new display of twentieth-century Dutch history and art. Not every installation is mixed; some rooms have paintings only, whereas others focus on the applied arts or history. 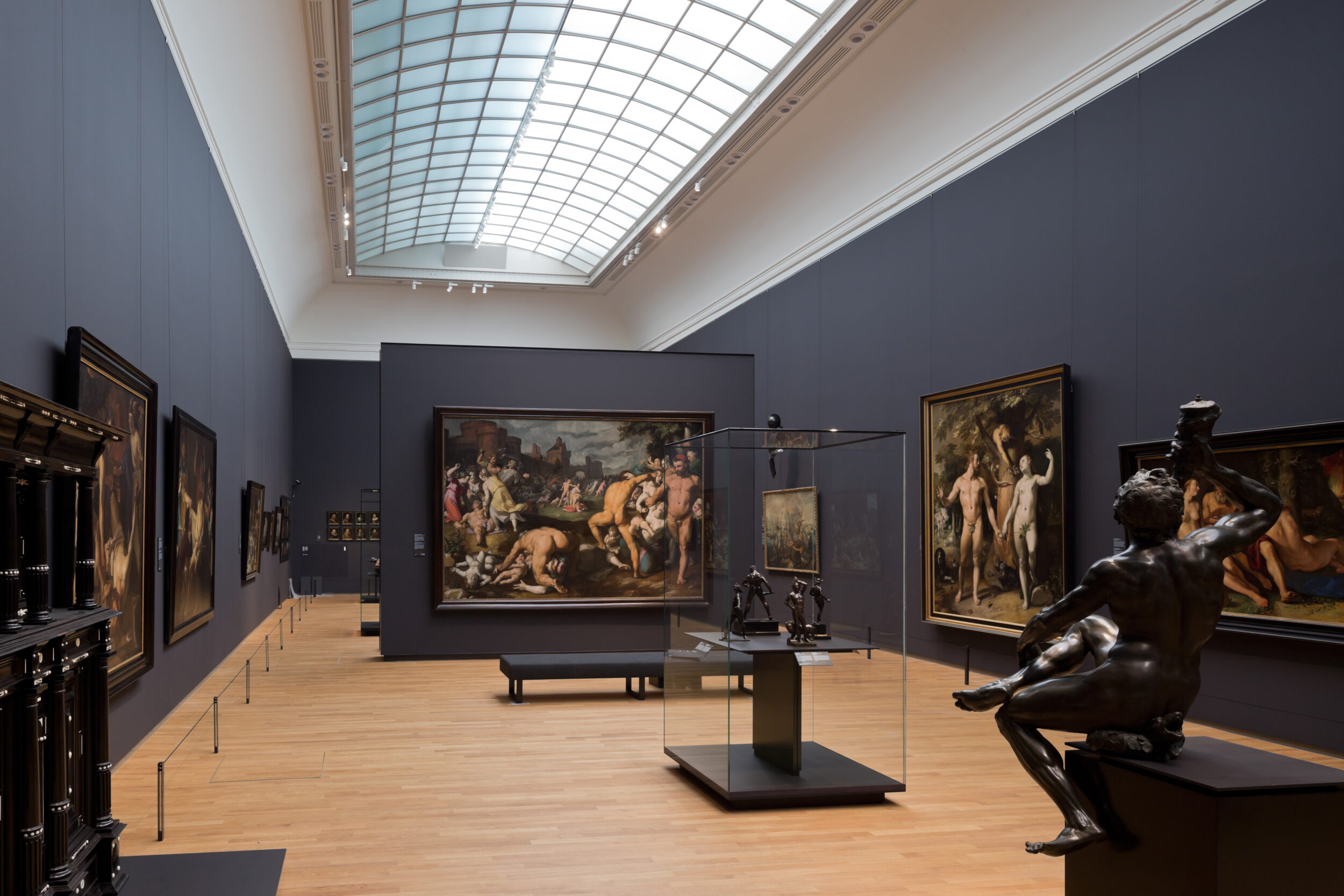 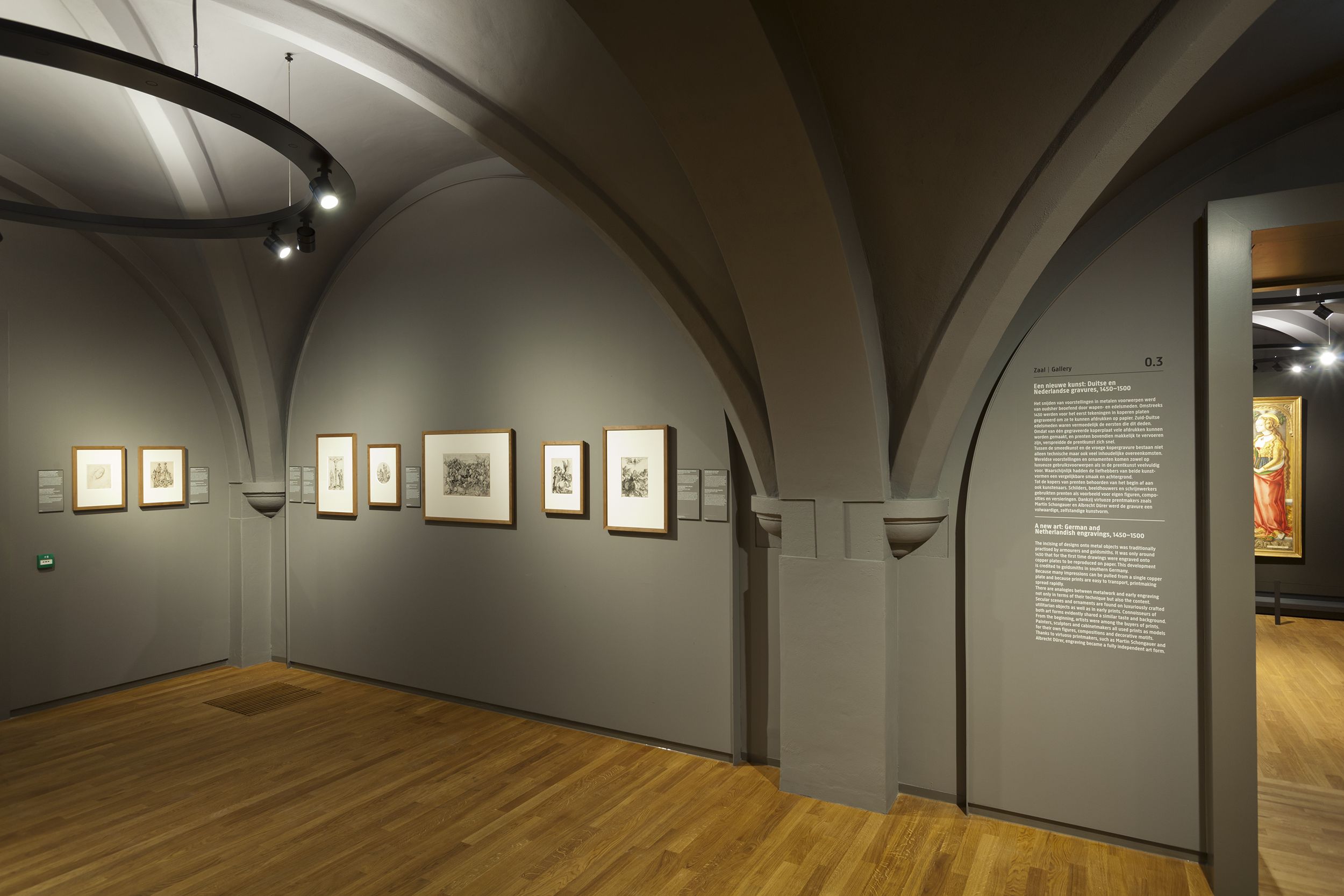 The whole piano nobile is dedicated to the Dutch Golden Age – still the Rijksmuseum’s main attraction – with the restored Gallery of Honor and the Night Watch room as its centerpiece. Alongside the display of Dutch works are various rooms with art from other European countries. Adjacent to these so-called International Rooms are five small spaces in which selections of prints and drawings are shown (fig. 2). These five rooms are filled with thematic installations consisting of ten to fifteen works related to the chronological displays in the neighboring rooms. In total, some sixty highlights from the collection of works on paper are now on display: The Nude: Drawings and Prints of the Italian Renaissance; Rembrandt, the Later Years: Drawings and Etchings; Adriaen van Ostade, Isaac van Ostade and Cornelis Dusart: Portraying the Poor; Eighteenth-Century Colored Drawings for Collectors: “Paintings on Paper”; The Hague School: Watercolors from the Drucker-Fraser Collection (figs. 3-7).

The nineteenth-century galleries also show a selection of photographs, and the twentieth-century rooms contain modern photos, drawings and prints. Since works on paper are easily damaged by light, the installations will be changed every four months. The collections of the RPK (Rijksprentenkabinet) – consisting of c. 600,000 prints, 50,000 drawings and 150,000 photographs – offer enough to choose from for years to come. 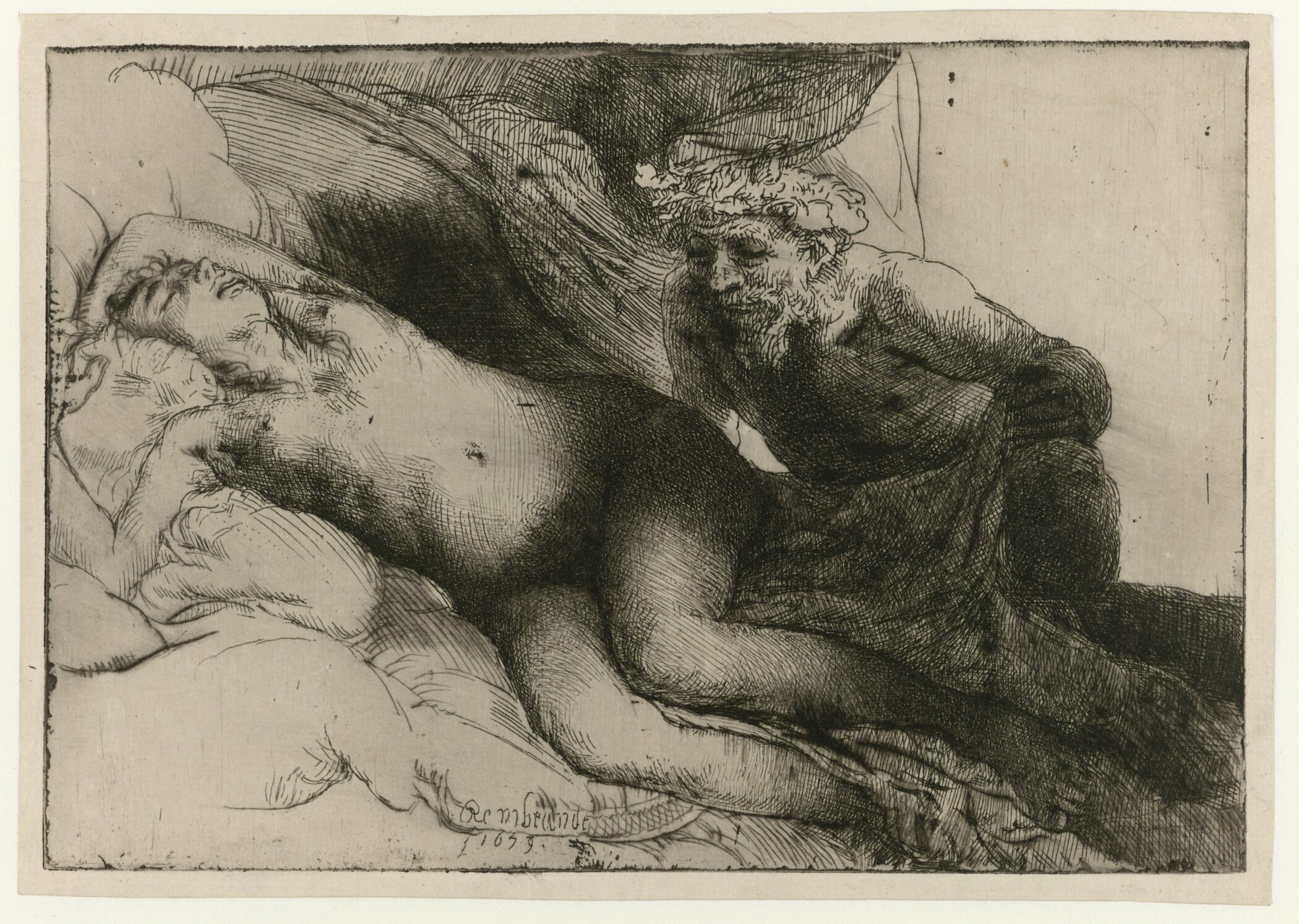 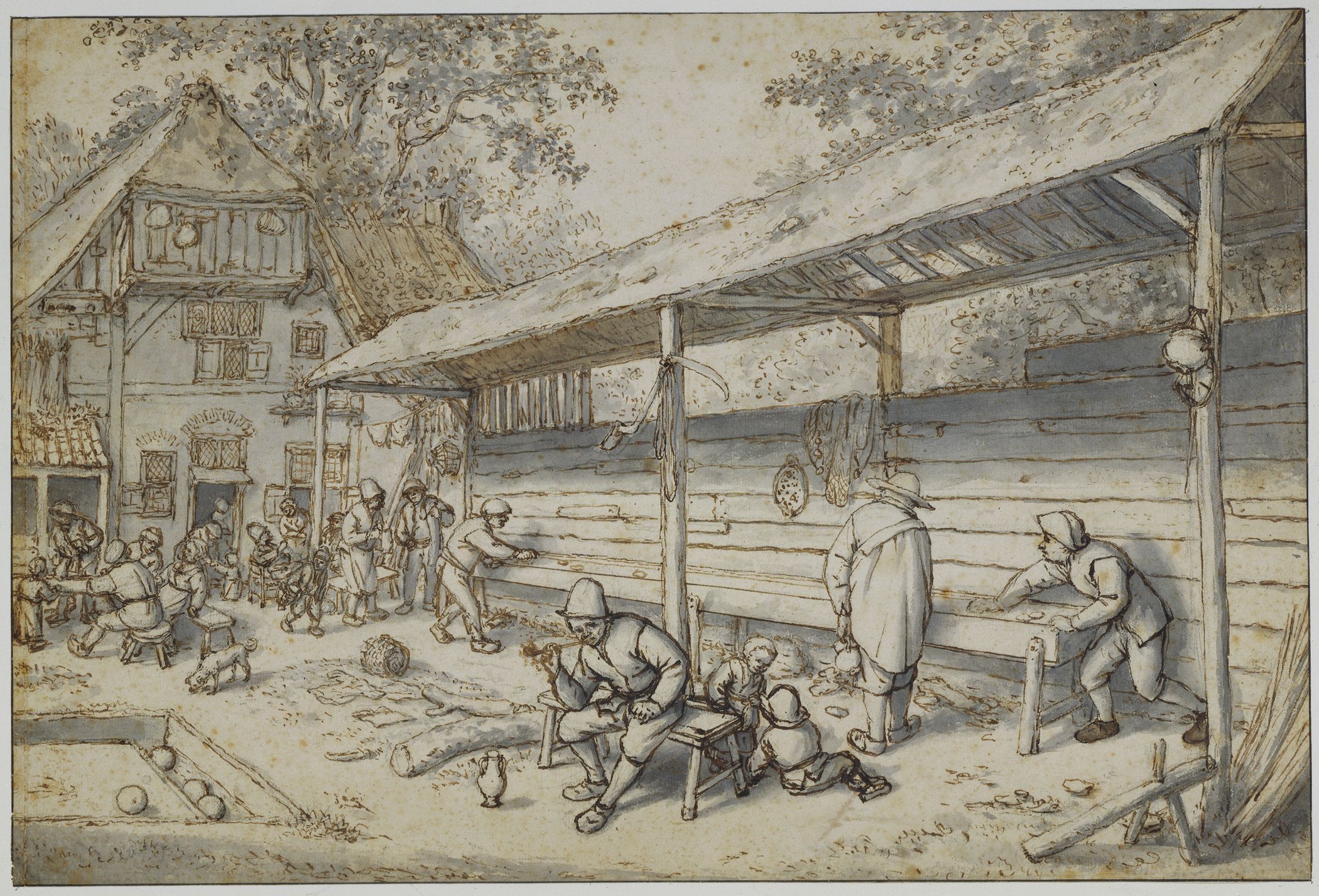 Other museums, such as the Art Institute of Chicago, have long included works on paper in the general display, but at the Rijksmuseum this is a relatively new concept. Before the renovation, exhibitions with prints, drawings and photos were shown in an area specially designed for works on paper. These exhibitions, normally consisting of 100 works or more, changed every three months and regularly attracted 30-40 thousand visitors. In the past, however, general visitors to the museum usually came across these print room exhibitions by accident. This situation changed when a room was set aside for Masterworks on Paper (MOP) as part of the temporary display of highlights from the Golden Age installed in the Philips Wing during the renovation. At first we were afraid that visitors, after seeing Vermeer and the Night Watch, would ignore the display of small-scale works, often in black and white, and rush straight through to the gift shop. However, the room’s more intimate atmosphere, and the opportunity to look at works close up, tempted many visitors to spend some time studying the prints, drawings and photographs on display.

We have also done our best to create presentations that were not only visually and intellectually stimulating, but sometimes topical and even controversial. For example, the presentation Ottomania: The Turkish World through Western Eyes (1500-1750) aroused protest in the conservative Turkish press and caused the Dutch nationalist party (PVV) to raise questions in parliament. Works by Goltzius and Rembrandt were shown to mark the appearance of new volumes in the New Hollstein series, which are produced in close collaboration with the RPK. The small MOP exhibitions attracted much positive attention from both the press and the public. 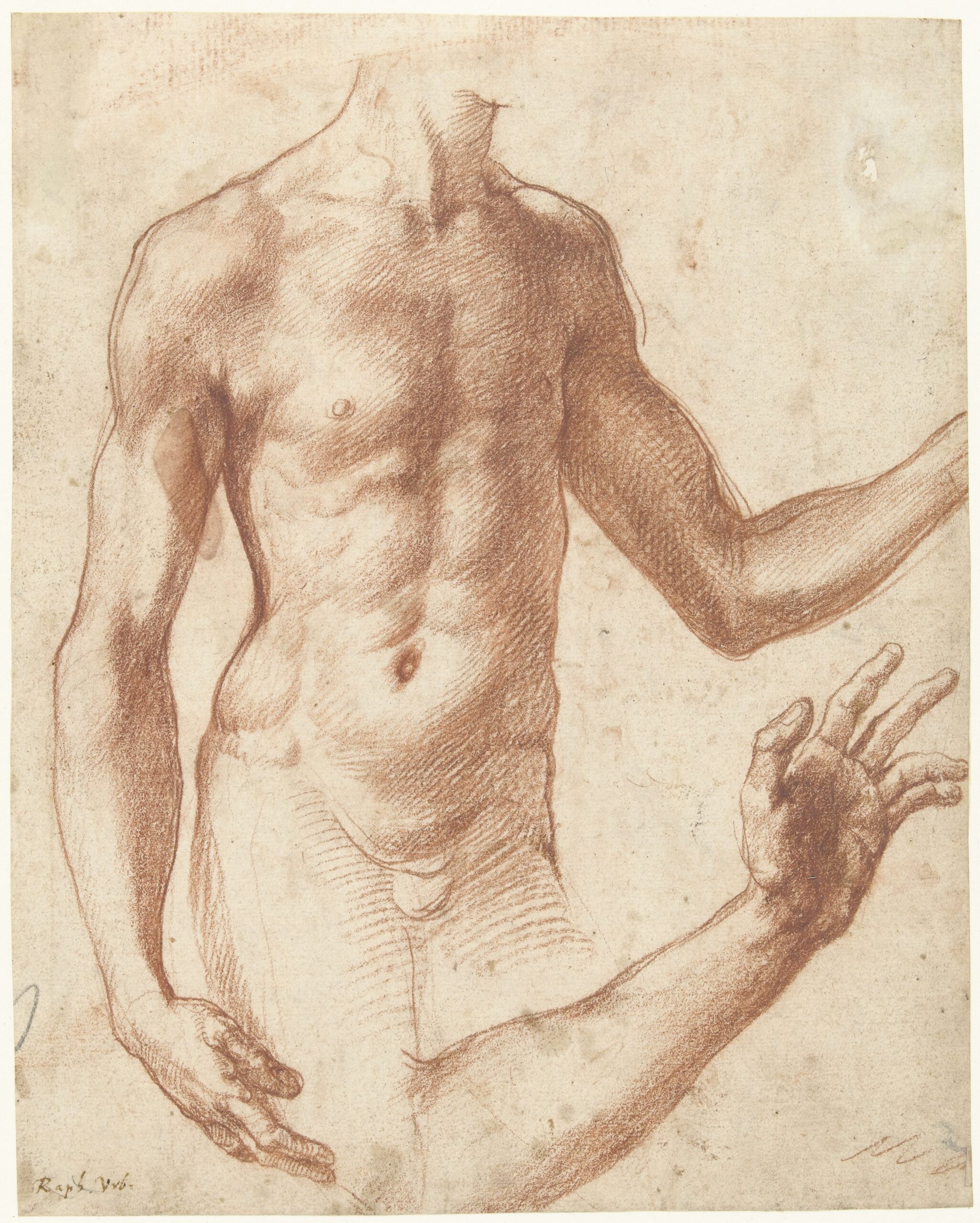 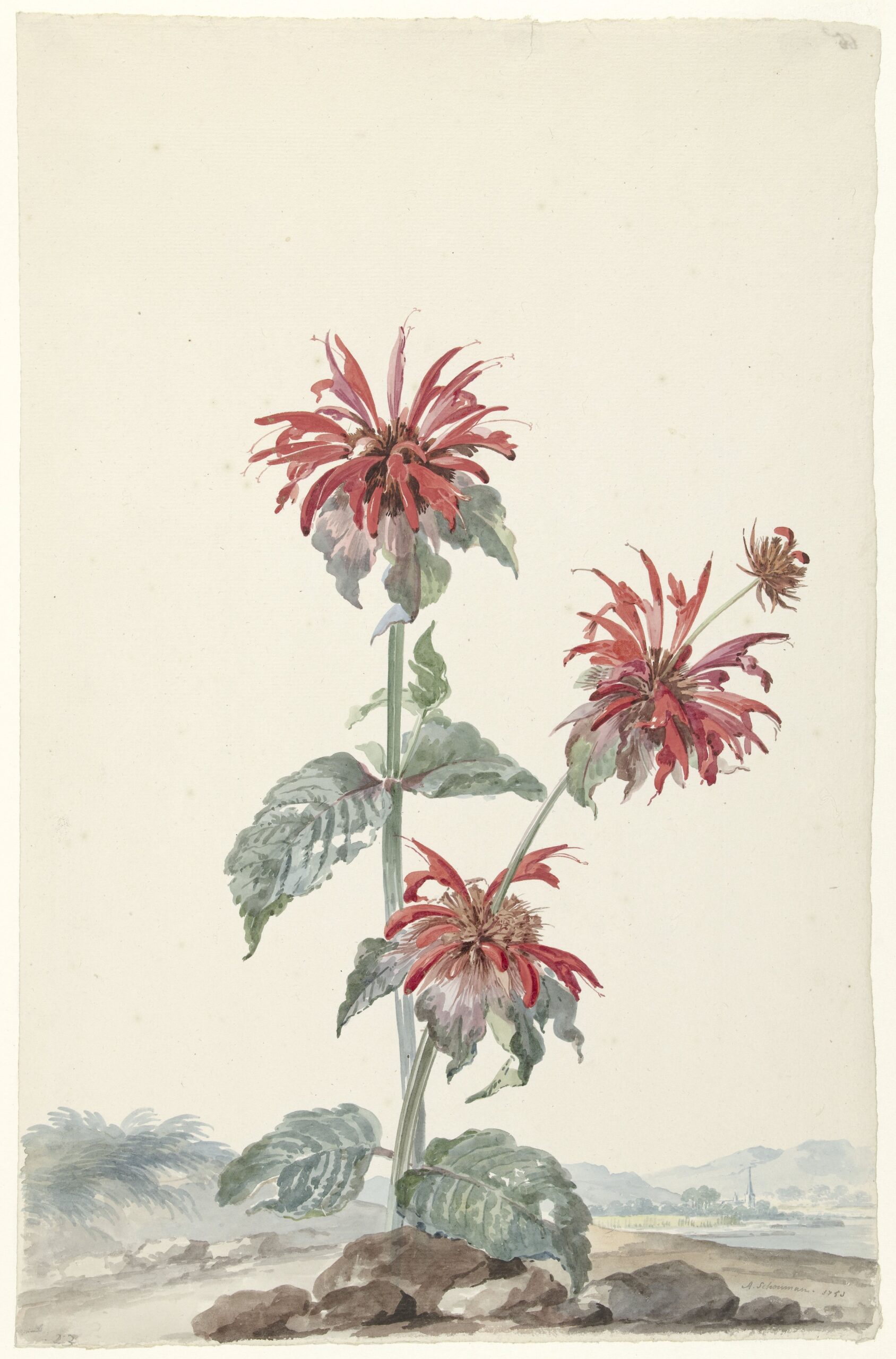 Collaboration with other institutions has resulted in larger exhibitions, such as Romeyn de Hooghe: De verbeelding van de Gouden Eeuw (Bijzondere Collecties UBA 2008) and Lucas van Leyden en de Renaissance (Lakenhal, Leiden 2011). In addition, between 800 and 1,000 works on paper are lent annually to exhibitions worldwide. Research is currently underway in preparation for a 2014 exhibition on Jacob Cornelis van Oostsanen – co-organized by the Stedelijk Museum Alkmaar, the Amsterdam Museum and the Rijksmuseum – and an exhibition of Rembrandt’s late paintings, drawings and etchings, to be held in 2014-15 and organized in cooperation with the National Gallery, London. The latter will be shown in the new exhibition space that is now being created in the Philips Wing. Larger exhibitions of works on paper will likewise be held in this new space, including an overview of twentieth-century photography and a large exhibition of prints and paintings by Hercules Segers (2016), which will also be shown at the Metropolitan Museum, New York.

The important position of the RPK as a center for the study of prints and drawings was secured during the renovation years, thanks to its temporary premises in the Frans van Mierisstraat, which housed the collections, the study room, the library and the staff of the print room. The temporary study room – open to the public five days a week – attracted some 4,000 visitors annually, including many specialists and growing numbers of people who had discovered the collection through the website. Thanks to the formidable digital cataloguing project Print Room Online (“PK-online”), images and descriptions of more than 100,000 prints, 28,000 drawings and 10,000 photographs can be downloaded for free from the Rijksmuseum website. 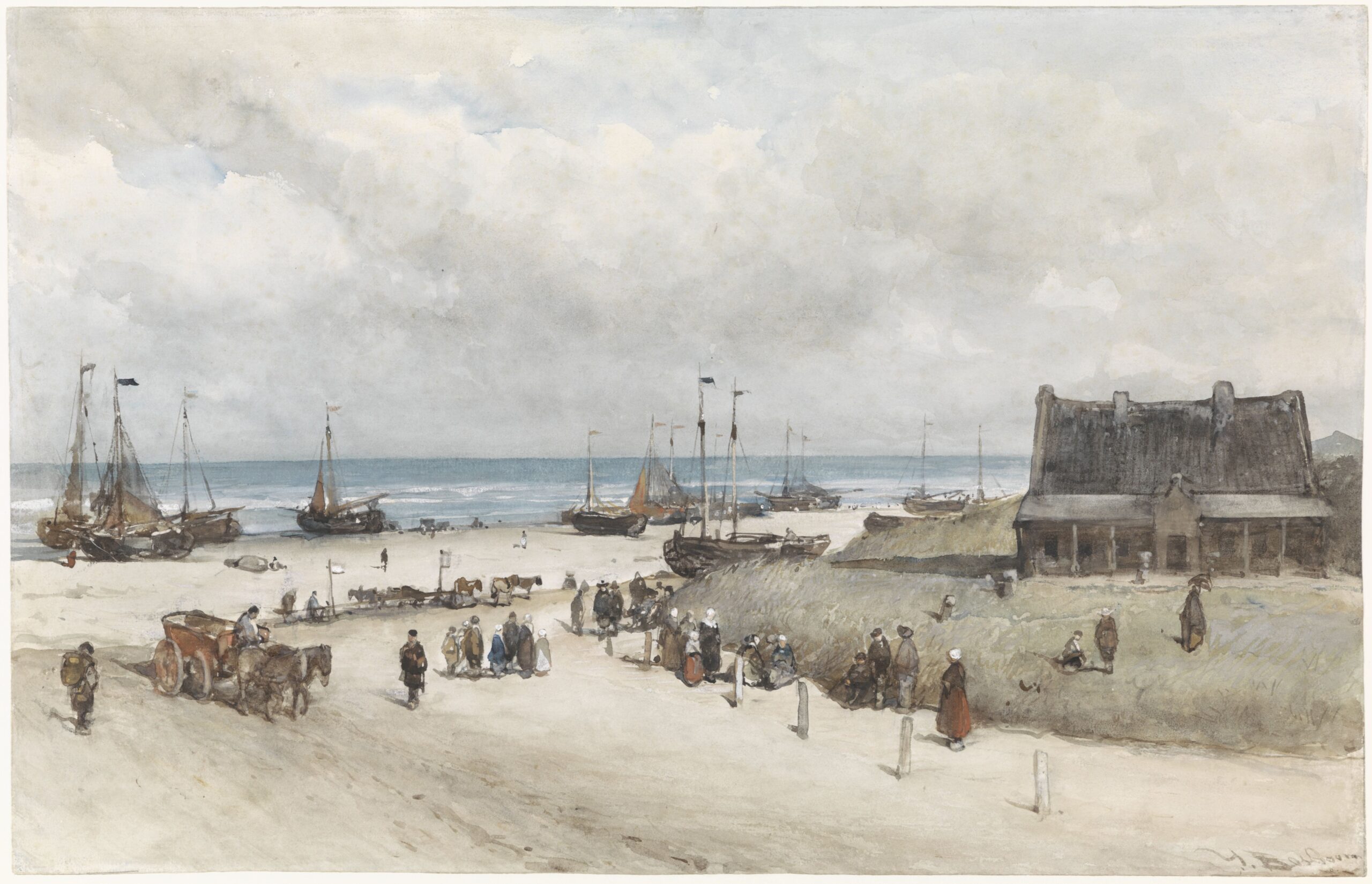 The Study Room for works on paper and rare books has now returned to its original location, next to the renovated nineteenth-century library designed by Cuypers. The Study Room is open, as before, from Tuesday to Saturday (on Monday for groups, by appointment only). The Cuypers library is now a Reading Room. It is not necessary to make an appointment, but because the extensive new depots for works on paper are located on the other side of the museum, visitors are strongly urged to reserve art and books in advance. We also advise you to make an appointment if you want to speak with a curator. Our offices are now located in a separate building next to the museum, so there is less chance of an accidental meeting. We are as keen as ever, though, to welcome you and help you in any way we can.

Huigen Leeflang is Curator of prints at the Rijksmuseum, Amsterdam, The Netherlands. He has been a member of CODART since 2002.