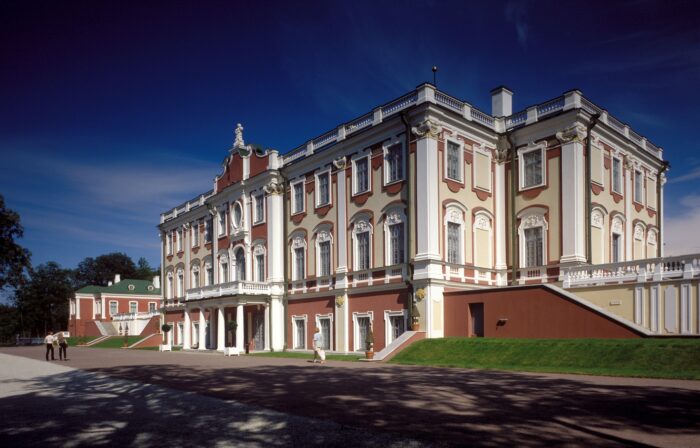 The Kadriorg Art Museum was founded in 2000, but the history of the collection goes back to 1919 with the establishment of the Art Museum of Estonia. The museum is housed in a palace that was built in 1718–1729 and designed by Roman architect Nicola Michetti (c. 1675–1759) as a summer residence for Tsar Peter I (fig. 1). The representatives of different states and government bodies have used the palace as their premises over the years. Its first incarnation as a museum was in 1919–1929, when during the Soviet period from 1946 to 1991 it served as the main building of the Art Museum of Estonia. After extensive renovation and restoration the building was opened to the public in 2000 as a branch of the museum dedicated to the collecting, exhibiting and interpreting of the museum’s western European and Russian art. Prior to that this collection was housed randomly in the repository of the paintings, sculptures and other works belonging to the Art Museum of Estonia. The museum currently contains about 1,020 paintings, 3,935 prints, 250 sculptures (in addition to 2,500 small-scale sculptural pieces), and 1,500 decorative works of art (historical furniture, glass, porcelain, etc.), covering the period from the sixteenth to the twentieth centuries. The most prominent part of the collection consists of eighteenth to twentieth-century Russian art. The Dutch and Flemish collection includes 102 paintings and 313 works on paper, as well some 20 ceramics, mainly Dutch blue-and-white faience ware. 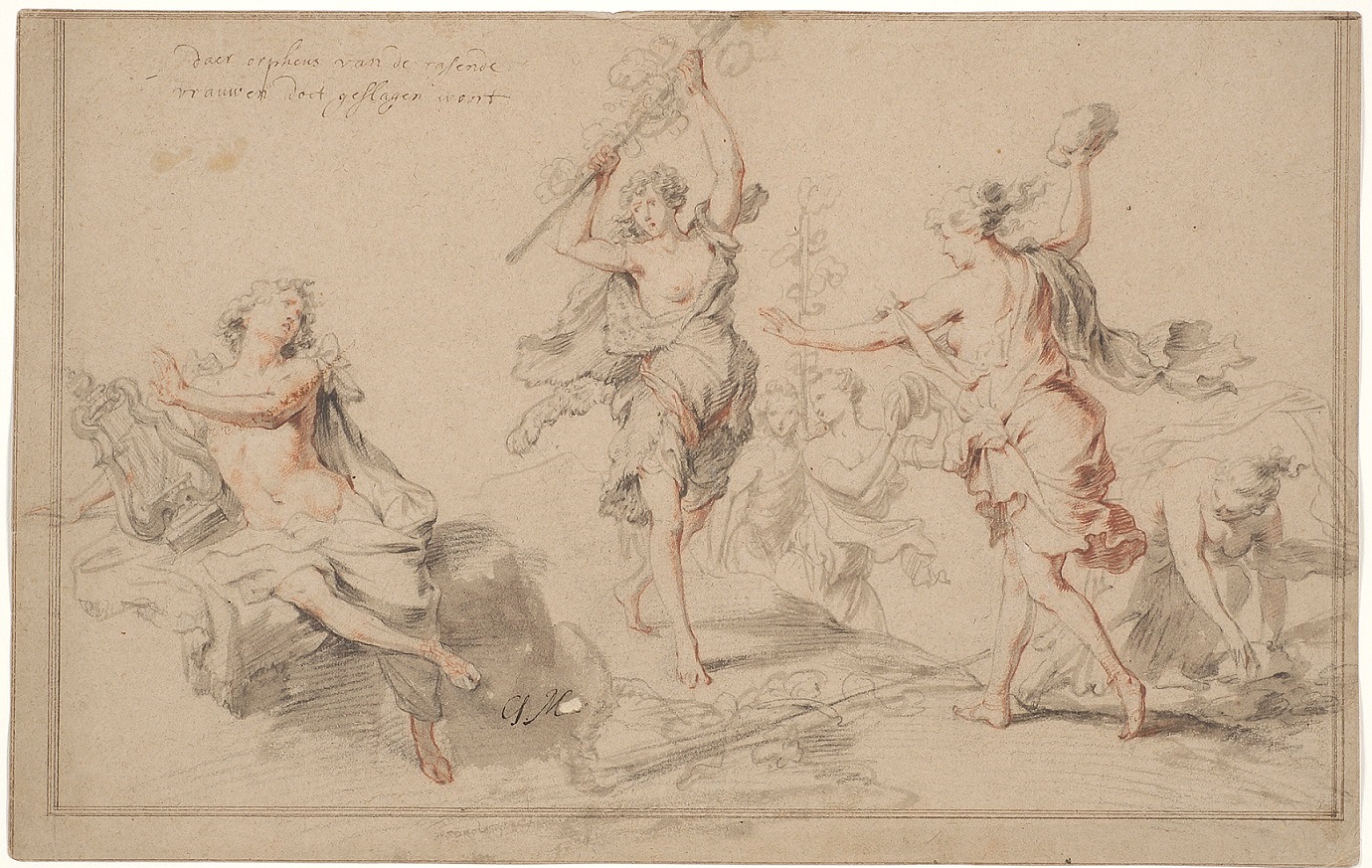 The collection does not stand out with any prominent masterpieces or resounding names. There are only a few of the best-known seventeenth-century Dutch and Flemish painters: Bartholomeus van der Helst, Philips Wouwerman and Jacob Jordaens. In the graphic art collection there is work by innovative sixteenth-century engravers and designers like Adriaen Collaert and Philips Galle of Antwerp, and Hendrick Goltzius and Jacob Matham of Haarlem, but also by the virtuoso Cornelis Cort, who was mainly active in Italy. The bulk of the graphic art collection consists of seventeenth-century works, most of them by Dutch artists, including different types of landscape print (Berchem, Ruisdael, Waterloo, etc). There are only five drawings, three of them by Godfried Maes (1649–1700) (fig. 2). Dutch works also predominate in the collection of paintings. 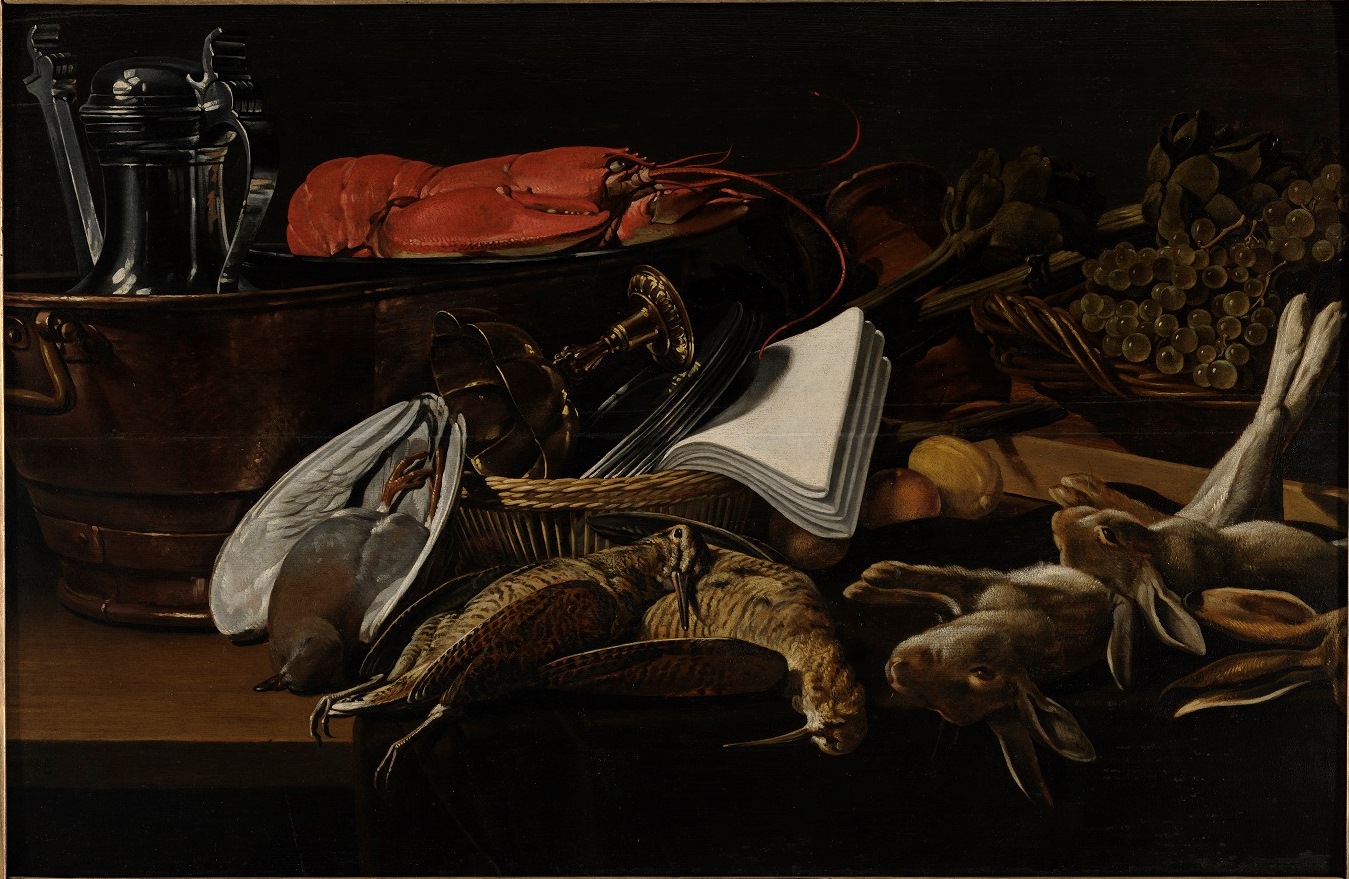 Although modest both in size and the number of world-famous names, the collection does contain several examples of trends that are of interest to contemporary art history, as well as works by rediscovered artists. Excellent examples of the Italian influence on Netherlandish art are the works by Gillis van Valckenborch and Leonaert Bramer, as well as a monumental painting of The Supper at Emmaus by an unknown representative of the Dutch Caravaggisti. Mention should also be made of two still lifes from the first half of the seventeenth century: Still Life with a Lobster painted with superb perception of form by Hans van Essen, an artist who was trained in Antwerp but emigrated to Amsterdam (fig. 3), and an allegorical game still life by Clara Peeters, a successful woman artist who probably worked in Antwerp. Christ Driving the Money-Changers from the Temple, a sixteenth-century Boschian picture, is highly intriguing for its densely composed iconography.

The paintings collection has a wealth of copies of various types, including workshop and studio copies, repetitions of popular images, but also later copies of masterpieces, particularly from the nineteenth century. Of the latter, the copies after paintings by or once attributed to Rembrandt are the most numerous. 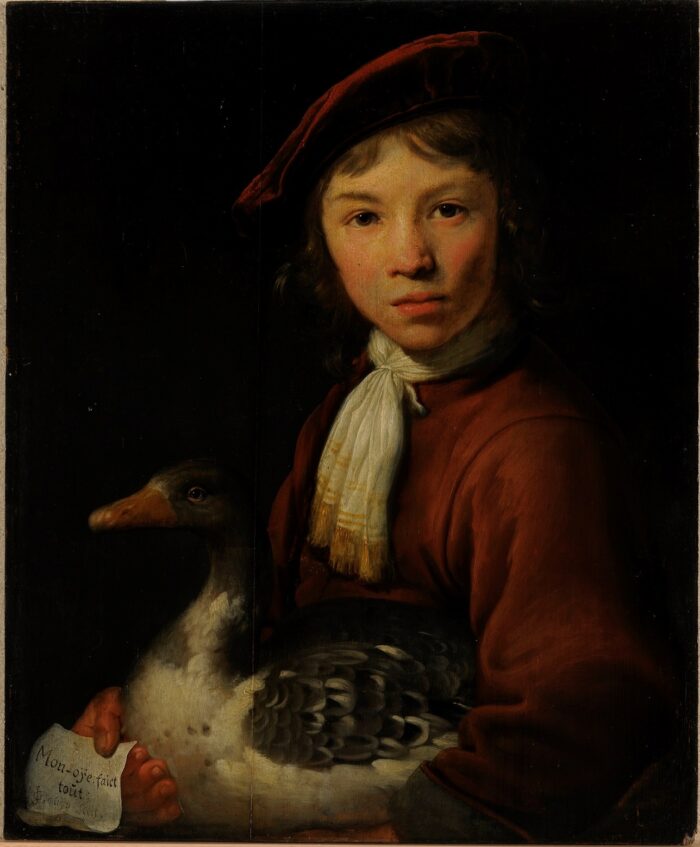 A pair of children’s portraits, A Girl with a Rooster and A Boy with a Goose by the Dordrecht artist Jacob Gerritsz Cuyp (1594–1652), are among my personal favourites. Although the girl looks a little stereotype and the rooster in her hands seems to have been transferred literally from another Cuyp, the boy with his self-confident look is particularly charming (fig. 4). His distinctive features leave no doubt that this is a portrait, although the pictures are rich in allegorical allusions as well. He is holding a piece of paper inscribed: ‘Mon-oÿe: faict toût:’ and below it ‘JG Cuyp. Fecit’. The same wordplay was used in the Louvre painting, which is the internationally better-known version of the composition. 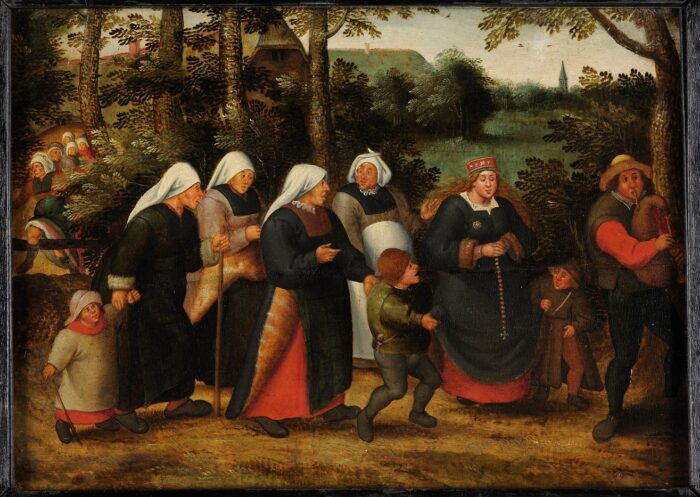 The collections of the Art Museum of Estonia have contained works by Netherlandish artists since its foundation in 1919. The pair of paintings by Pieter Breughel the Younger bear the old inventory numbers M 1 and M 2 (altered to 2000 VM 1 and VM 2 in 2000), meaning that they were the museum’s first paintings (fig. 5). However, like the foreign art collection as a whole, the collection of art from the Low Countries did not develop through a systematic collecting policy but instead consists of a set of random works acquired and recorded at different times. As such, the collection is not an adequate reflection of the local tradition of art collecting (the historical collections of local Baltic Germans were removed almost entirely from Estonia), but it does still paint an eloquent picture of a history in which chance plays a significant role. In the 1920s and 30s the collection was supplemented with numerous works bequathed or sold by the local Baltic German gentry or purchased from Soviet Russia or Russians fleeing the communist regime. Most of the works that entered the museum in the 1940s and 50s had previously belonged to the collections of institutions or societies that were dissolved or reorganised by the Soviet regime. As a result of the political ‘thaw’ of the 1960s, there were more opportunities to buy European art, and most of the works acquired for the museum then are in fact among the best in the collection. In 1997 the museum received the biggest private donation in its history, the collection of Johannes Mikkel. Roughly half of the museum’s graphic art from the Low Countries and 17 paintings that can be associated with the Netherlandish school are from this source. The opportunities to purchase new items for the collection are now very limited. 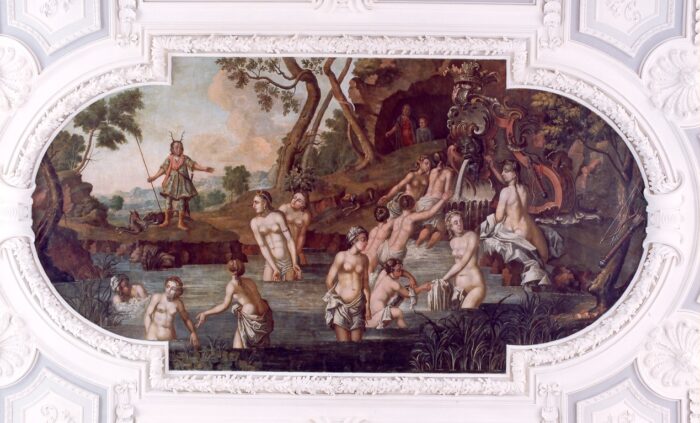 The original decoration of the palace also includes a work that is an excellent illustration of the influence and adaptation of seventeenth-century Dutch models. This is particularly true of the painting on the ceiling of the great hall (fig. 6). It was executed in 1746 prior to the visit of Empress Jelizaveta Petrovna to Tallinn by the local master Londicer the Younger, almost 20 years after the highly qualified masters who were responsible for the fine modelling of the lavish stucco decorations had finished their work and left town.

The ceiling painting depicts the story of Diana and Actaeon from Ovid’s Metamorphoses. The immediate model was a print designed and etched by the Dutch artist Magdalena van de Passe as an illustration for a French edition of Ovid’s Metamorphoses that was published in Brussels and Amsterdam in 1677. De Passe was in turn inspired by Rembrandt’s interpretation of the subject in his painting of 1634. In Russian court art, the plot was used as an allegory for Russia’s victory in the Great Northern War (1700–1721), in which the hunter Actaeon represents the Swedish King Charles XII. Diana, the goddess of the hunt, is the embodiment of victorious Russia.

Greta Koppel is Curator of Dutch and Flemish paintings at the Kadriorg Art Museum, Art Museum of Estonia, Tallinn, Estonia. She has been a member of CODART since 2003.