Over the last few months, the brutal murder of George Floyd and numerous other Black Americans has catapulted the issue of racial injustice and inequality to the front and center of conversations in nearly every sector of society, including museums. In addressing diversity and inclusion, many museum professionals have offered a wide range of perspectives and suggestions for making practical, structural changes to one’s institutions, curatorial practices, and methods of community engagement. The aim of this article is to add to those conversations what may need further attention and reflection based on my own experiences and observations, as well as some prompts to stimulate discussion and action toward a more diverse and inclusive field of Dutch and Flemish art. 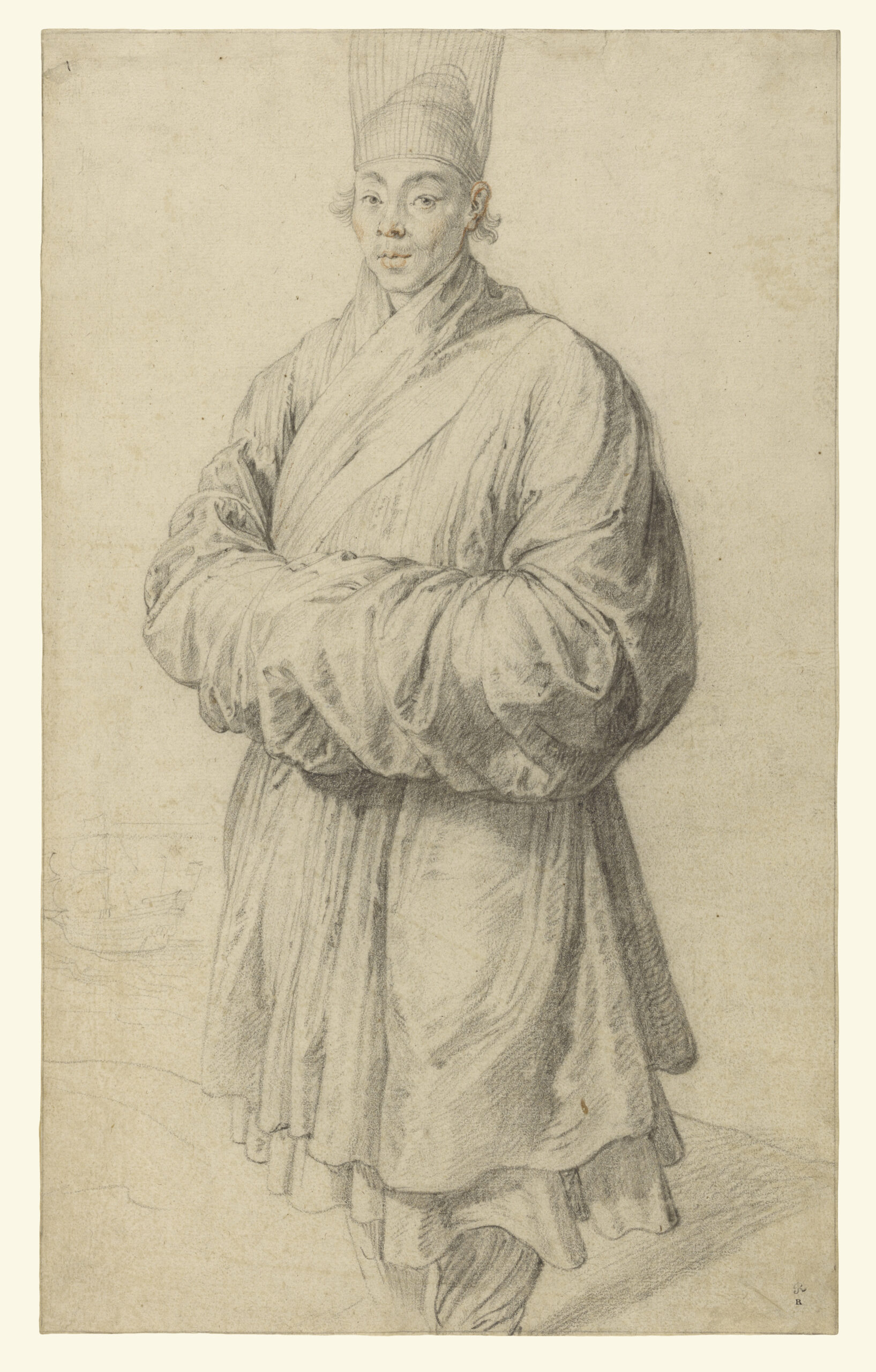 My foray into thinking about diversity and inclusion goes back to 2011, when I joined the Department of Drawings at the J. Paul Getty Museum as a graduate intern to work with Stephanie Schrader on her landmark exhibition, Looking East: Rubens’s Encounter with Asia (2013). This exhibition explored a confluence of disparate factors that set the background for Rubens’s creation of his drawing, now entitled Man in Korean Costume (ca. 1617): European colonial and missionizing activity in East Asia, Korea’s contact with Europe via neighboring China, and Rubens’s artistic practice informed by access to objects from around the world in Antwerp.

My involvement in this project continued through the end of the exhibition as a curatorial research consultant. To a Korean-born American working on the show, every aspect of it was deeply personal. On a macro-level, the exhibition was demonstrably an acknowledgement and validation of the agency of Koreans in early modern European art. This message was of particular importance for Koreans and Korean Americans in Los Angeles, both the site of the Getty Museum and home to the largest Korean population outside South Korea. The exhibition gave Joseon dynasty Korea (1392-1910) equal treatment with Europe in its interpretation and presentation, not to mention its public programming celebrating traditional Korean food, fashion, and music. On a micro-level, I saw, for the first time, that my cultural background and my scholarly perspectives shaped by that background can be an asset – and not an impediment – to working in the field of Dutch and Flemish art. While assisting Stephanie with research, translating for the Getty staff and its Korean institutional partners, writing a portion of the labels for the show, and providing gallery talks to Korean-speaking visitors, I asked myself the following questions: What are the implications of a de-Eurocentric exhibition for the field of Dutch and Flemish art, and what would that mean for a viewing public of color? What are some ways in which curatorial priorities may need to be (re)adjusted to serve a more culturally diverse audience? And what is my role in the field as a curator of color?

A wide range of experiences shape each curator’s thinking about their place in the field. Experiences of curators of color are not homogenous as well. However, time and again, curators of color encounter similar kinds of challenges that inhibit one’s ability to work and diminish one’s sense of worth in the field. Aspiring and established curators of color are subject to racism, discrimination, and micro-aggression, as well as a scholarly bias, which assumes that one’s area of specialization is associated with their ethnicity. These unpleasant, unwelcoming or hostile treatments appear during academic training, at places of work, at conferences, and in dealings with (predominantly white) visitors, donors, and trustees. Especially in the Old Masters field, curators of color are often distraught from having to prove their credibility frequently called into question by white constituents, or from being tokenized by one’s own institution to give it a non-racist appearance. Despite a glimpse of hope I saw in the field while working on “Looking East,” my academic and professional journey is also dotted with these kinds of painful experiences. When such experiences accumulate over many years, speaking publicly about them without fear of retaliation becomes almost unthinkable.

In my view, the unjust treatment of curators of color have, at least partly, originated from the vision of white supremacy that has guided the way the history of Europe and European art is written. A notion of white Europe was crystalized at the intersection of imperialism, political conflict, courtly competition, and material ambitions during the early modern period, when white Europeans were exploiting people of color at home and abroad. In justifying these horrific practices, the binary of “us” versus “them/the Other” legitimized dehumanization of people of color, minimization of their presence and participation in society, and conventionalization of their image in the visual arts. The prevailing presumption of their near-total absence, however, does not square with the actual visibility of people of color in early modern Europe. In the case of Black presence, for example, as noted by the art historian Carmen Fracchia, approximately two million enslaved Africans resided in the Iberian Peninsula and islands alone from the late fifteenth century to the end of the eighteenth century. Such historical reality has long been overlooked in scholarship, whether intentionally or not. Similarly, the “us-versus-them” binary steered how and by whom collections of European art should be overseen. It gave way to a reasoning that just as European art was made by white (male) artists for a white audience, so too curators of European art should be white, who can bring attention to the accomplishments and superiority of the white race. It is very difficult for me to write this, but, historically and continually, the message has been quite clear: The Old Masters field is for the whites and by the whites.

The field of Dutch and Flemish art is not exempt from this reality. Despite the “global turn” of art history in the last few decades, the colonial history of the Netherlands and its involvement in the Atlantic slave trade have often been written through the lens of economic success and wealth that its global trade has brought to the Low Countries. We have duly celebrated the achievements of preeminent artists and dutifully uncovered previously little-known ones, while we may not have paused to consider whether or not their activity can also illuminate the realities of underrepresented peoples who resided alongside or intersected with them.

In the last decade and a half, we have witnessed a number of milestone exhibitions that explored historically overlooked narratives and underrepresented peoples with sensitivity, including Black is Beautiful: from Rubens to Dumas (2008, curated by Esther Schreuder), Revealing the African Presence in Renaissance Europe (2012-13, curated by Joaneath Spicer), and Here: Black in Rembrandt’s Time (2020, curated by Stephanie Archangel and Elmer Kolfin). They demonstrate how our collections can be rediscovered, reinterpreted, and displayed in the direction of diversity and inclusion. For me, these exhibitions and my own work on colonial Asian ivories for which Flemish prints were used as models reified the importance of redeeming the stories and portrayals of peoples whose lives were impacted often adversely by Europeans through trade, slavery, and colonization, which are all closely interlinked. In articulating underrepresented narratives in our installations, I wonder what it will look like for a number of objects originated elsewhere to remain a fixture in our permanent collection galleries to show how such objects and those who made them might have transformed some of the ways in which art was viewed and consumed in Europe. I also wonder what it will look like to have a gallery of Dutch art adjacent to, for example, one of African or Asian art. How will such installations and distribution of gallery spaces spark new conversations and foster more nuanced perspectives on European art? What kinds of messages will such projects send to our visitors, members, donors, as well as to black, indigenous, and people of color considering a curatorial career in Netherlandish art?

I think how we can diversify the field of Dutch and Flemish art will be contingent upon how we interpret, present, and talk about European art, and how we hire curators and treat curators of color. We need to seek to embrace – or at least be open to – new perspectives that may challenge how the very art we steward has been traditionally interpreted to empower or give visibility to a white demographic. Without falling into tokenism, we need to seek to hire diversely to the best of our ability while supporting our colleagues of color and their work. Striving to foster a more welcoming, inclusive working environment for current curators of color sends a strong message about the field’s viability and growth to future curators of Netherlandish art. 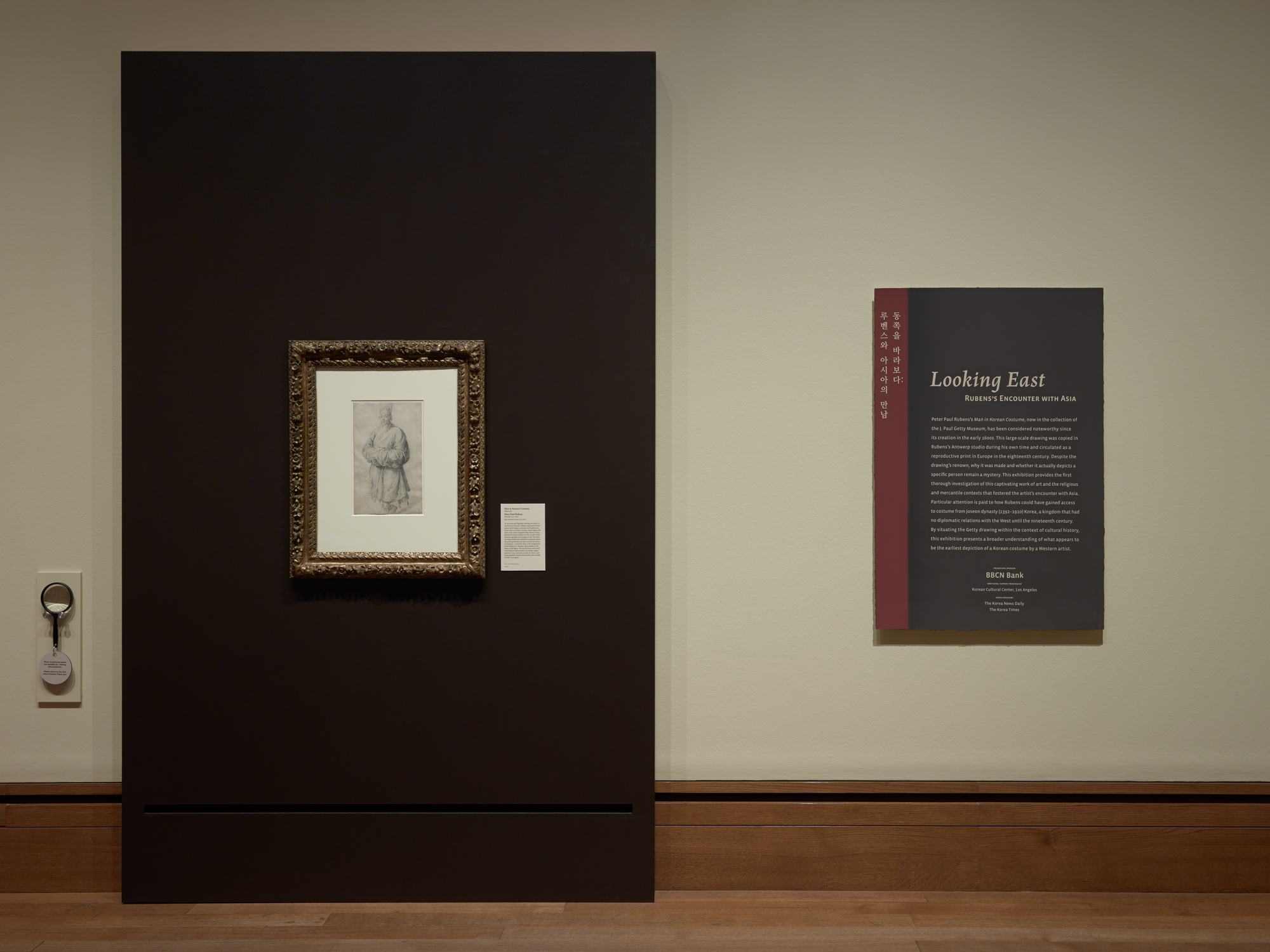 For me, by far the most meaningful aspect of working on the Getty exhibition is that Stephanie and I supported each other and labored together to fulfill a two-pronged goal of serving a targeted audience of color and making a critical contribution to Rubens scholarship. What I believed then, as I still believe now, was that not only is there no single roadmap to bringing about change in our field, but the work towards diversity and inclusion is also best carried out when curators of every race commit to do so together with consistency and intentionality.

With the current call to reckon with inequality in museums and in the field of Old Masters, it is undeniable that we have reached a pivot point. We need to turn. My question to all of us (myself included) is in what direction should our priorities take as curators of Dutch and Flemish art? We are also seeing an emergence of collective efforts to make systemic, structural changes across many museums. With respect and humility, I encourage all of us to keep this momentum going. It will require a great deal of fortitude and courage from every one of us, but if we all work together towards making our field more diverse and inclusive, I believe we will get there. I write these words with far more hope than I ever had.

Jessie Park is Assistant Curator of European Art at Yale University Art Gallery. She has been a (associate) member of CODART since 2017.