Musea Brugge embraces a total of fourteen museums. Among them are the museums of two historical hospitals, known collectively as the Hospitaalmuseum: the Sint-Janshospitaal (St. John’s Hospital Museum, also known as the Memling Museum) and the Onze-Lieve-Vrouwe Ter Potterie (Museum of Our Lady of the Pottery). The Sint-Janshospitaal has a history stretching back 850 years of caring for pilgrims, travelers, and the sick. It is one of the oldest hospital buildings in the world to have been preserved, and gives an impression of hospital life in bygone ages. Its collection consists of a great many artworks that were either specifically made for the hospital or donated to it. These include a famous ensemble of paintings by the great master of the Flemish Primitives, Hans Memling, whose Shrine of St. Ursula (ca. 1489), in particular, ranks among Belgium’s most highly-esteemed works of art. Sint-Janshospitaal’s current museum opened in 1958 and possesses one of the largest collections of Memling’s oeuvre in the world, including the only two paintings signed and dated by the artist. 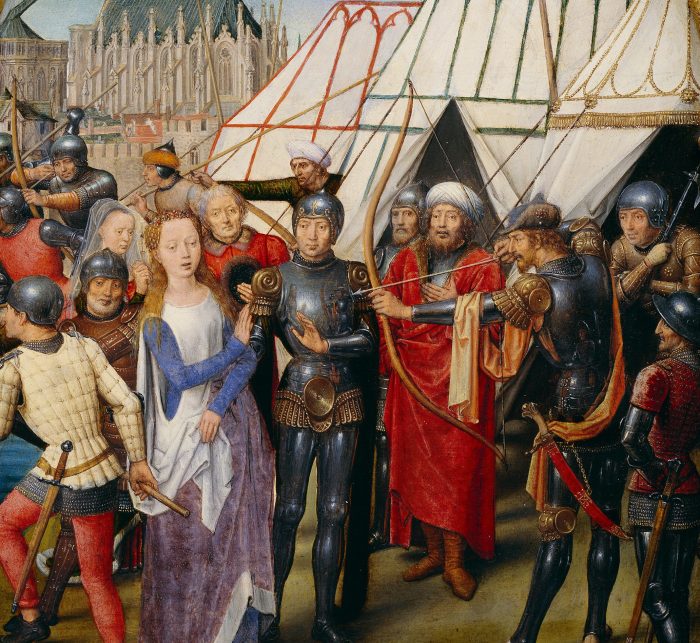 The Onze-Lieve-Vrouwe Ter Potterie is located in an old infirmary. Its eclectic collection (including outstanding silverware) was assembled over the centuries by its Augustinian congregation – which still actively uses the premises. Many miracles have been attributed to the thirteenth-century white limestone statue of Our Lady of the Pottery, one of Bruges’s oldest preserved statues, which stands in the fine baroque church adjoining the museum. These miracles are depicted in several stained-glass windows, wall tapestries, and a miracle book.

Participants in this excursion will visit the medieval hospital rooms, the seventeenth-century pharmacy in the adjacent building, and other parts of the monumental complex, such as the former living quarters of the community’s friars and nuns, which are not usually accessible to the public. For instance, they will visit the chapter house in which the ‘Memling Museum’ was established in 1839. It played an important part in the renewed appreciation of the Flemish Primitives, and helped to define the image of historic Bruges in the perception of art lovers on their Grand Tour in Europe and many other visitors since the nineteenth-century Romantic period.