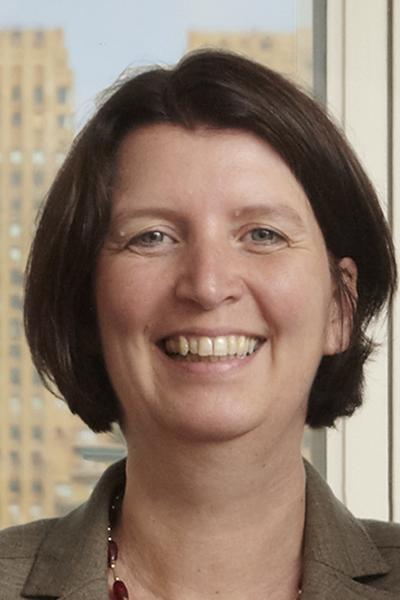 Esmée Quodbach studied art history at Utrecht University. She is the Assistant Director of the Center for the History of Collecting at The Frick Collection, New York. Prior to coming to the Frick, in 2007, Quodbach held research positions at the National Gallery of Art, Washington, D.C., and at the Metropolitan Museum of Art, New York. Among her many publications on Old Master collecting is a history of the Metropolitan Museum’s collection of Dutch paintings (2007). She also served as the editor of a volume of essays on America’s taste for Dutch painting, Holland’s Golden Age in America: Collecting the Art of Rembrandt, Vermeer, and Hals (2014). A companion volume on the American collecting history of Flemish painting, also edited by Esmée Quodbach, will be published next year. In Bruges, Esmée Quodbach will discuss the current state of the art market and the appreciation of Old Masters at this point in time.

Esmée Quodbach has been a member of CODART since 2007. 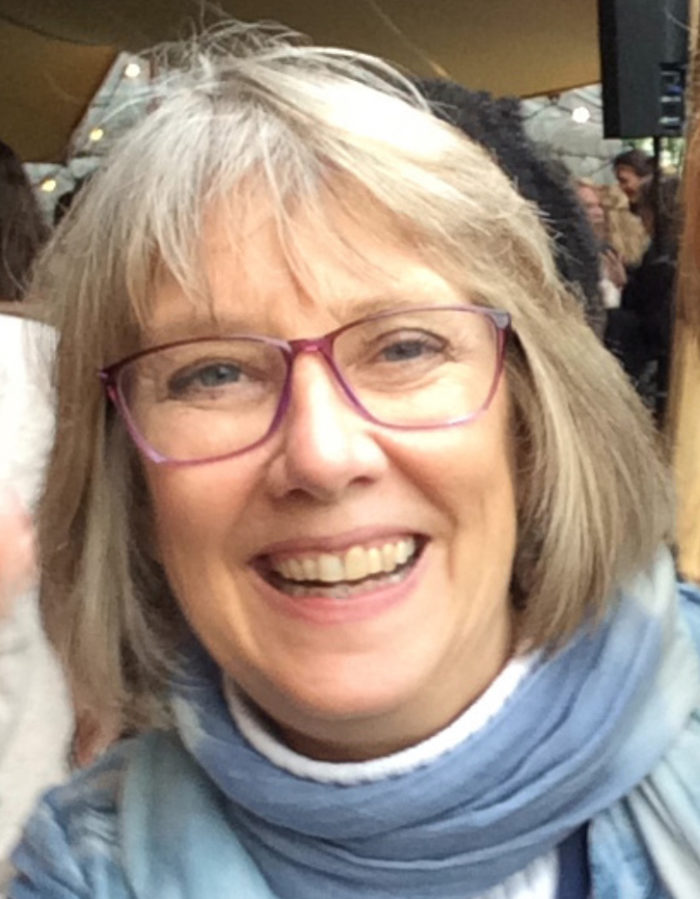 Jane Turner, a specialist in Dutch sixteenth- and seventeenth-century drawings, has been head of the Rijksprentenkabinet since 2011, a position she combines with that of Editor of Master Drawings, the leading international journal in the field of Old Master drawings. Having studied art history at the Institute of Fine Arts at New York University, she began her career in 1978 at the Morgan Library & Museum, New York, where she was one of the three authors of the permanent catalogue of Netherlandish and Flemish drawings (1991) and the main author of their catalogue of Dutch drawings (2006). From 1985 until 2001 she worked for Macmillan Publishers in London, serving as the Editor in charge of the 34-volume encyclopedia, The Dictionary of Art. Her recent academic projects include co-authoring the permanent collection catalogue of Dutch and Flemish drawings at the Victoria & Albert Museum, London (2014); co-editing the Rijksmuseum exhibition catalogue Home and Abroad: Dutch and Flemish Landscape Drawings from the John and Marine van Vlissingen Art Foundation (2015–16); and organizing the Rijksmuseum exhibition Frans Post: Animals in Brazil (2016). On Rembrandt’s birthday in 2017 (15 July), her updated and edited texts by Peter Schatborn of the Rijksmuseum’s drawings by Rembrandt were launched in the first of the RPK’s online collection catalogues.
In Bruges, Jane Turner will speak about the recent developments of the profession of the Old Master curator. How has it changed over the past few decades and what is the curator’s role today?

Jane Turner has been a member of CODART since 2010. 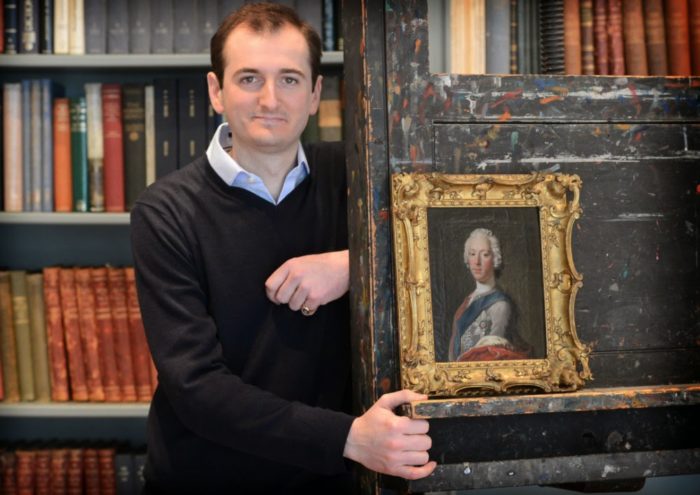 With a degree in English history and a PhD on ‘The Politics of Foreign Policy: Lord Derby and the Eastern Crisis, 1875-8,’ Grosvenor started his career in politics, as adviser to several members of parliament in the UK. He then switched careers, and from 2005 until 2014 Grosvenor worked in the London art trade. He now has his own company, specializing in establishing the authenticity of paintings by Old Masters. Grosvenor has made a number of art historical discoveries. For example, most recently, in 2017 he discovered the ‘lost portrait’ of George Villiers, first Duke of Buckingham at Pollok House, Glasgow, Scotland. The painting had been thought to be a copy of a painting by Flemish artist Peter Paul Rubens that had been lost for nearly 400 years, but after restoration it was found to be the original by Rubens. Additionally, Grosvenor is a member of the Lord Chancellor’s Advisory Council on National Records and Archives, and of the Lord Chancellor’s Forum for Historical Manuscripts and Academic Research.
Grosvenor often can be seen on British television shows. From 2011 until 2016, he appeared in the BBC1 series Fake or Fortune, the BBC’s highest-rated fine art program. As of last year, he presents the BBC4 series Britain’s Lost Masterpieces with art historian Jacky Klein.
In Bruges he will reflect on the congress theme as a ‘critical outsider’, about the directions and movements he observes in the art field. What, in his view, can curators contribute to this rapidly-moving period of change? 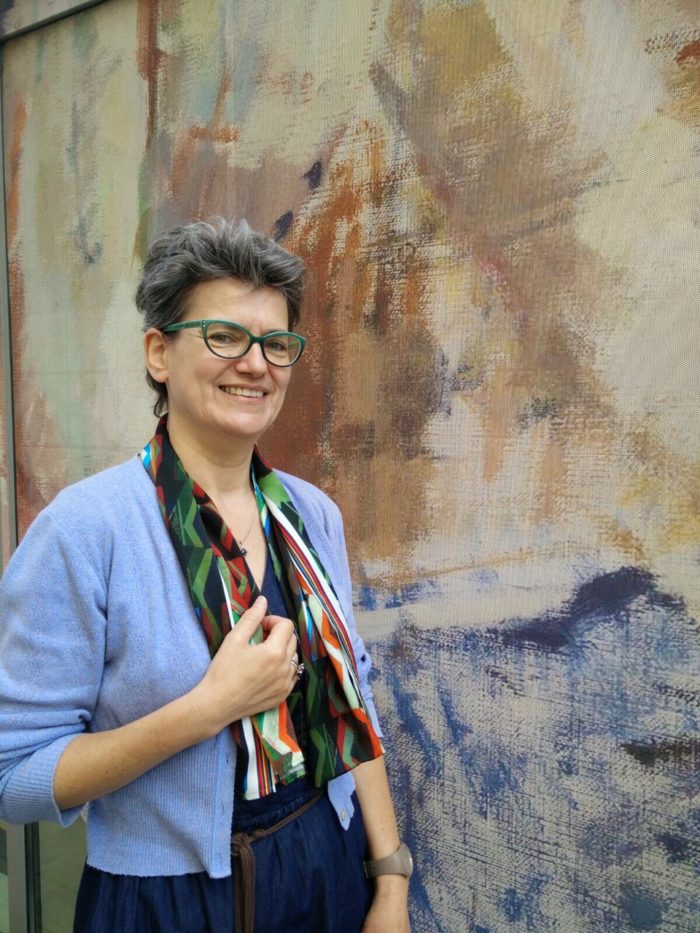 Elsje Janssen studied art history and archaeology at Ghent University and social and cultural anthropology at Leuven University. Her training in textile conservation at the Royal Institute for Cultural Heritage (KIK-IRPA) in Brussels led to a number of appointments in this field. Besides working at the Rubenianum in Antwerp and serving for a period as Head of the Rubens House, she launched – and became director of – the overarching Department of Collection Policy, Conservation and Management for the city of Antwerp, also working as curator of the collection of the City Hall and the historical collection. She was involved in the construction of the Museum aan de Stroom (MAS), was the curator of the visible storage in this museum and was responsible for the relocation of all the collections involved. Elsje Janssen was awarded a PhD in Art Sciences by the Free University of Brussels on the strength of her thesis on Tapestry Art in Belgium after 1945. She has served as curator of textiles at the Royal Museums of Art and History in Brussels and at the Rijksmuseum, Amsterdam. Since 2014 she has been Director of Collections at the Koninklijk Museum voor Schone Kunsten Antwerpen (KMSKA, Royal Museum of Fine Arts, Antwerp).
Elsje Janssen has contributed to numerous catalogues, yearbooks, and other publications, and possesses wide-ranging experience both as a lecturer and in the organization of exhibitions. She served for ten years as a member of the Topstukkenraad, the Council for the Preservation of Movable Cultural Heritage of the Flemish Community. She is active on a number of boards of directors (VKC, FARO, CODART) and academic committees (MoMu, FoMu).
In Bruges, Elsje Janssen will tell us more about the challenges the KMSKA faces now that the museum’s renovation provides an opportunity to rethink all its strategies. How to reach new audiences, with a “new” museum, with old art, in an ever-changing city? 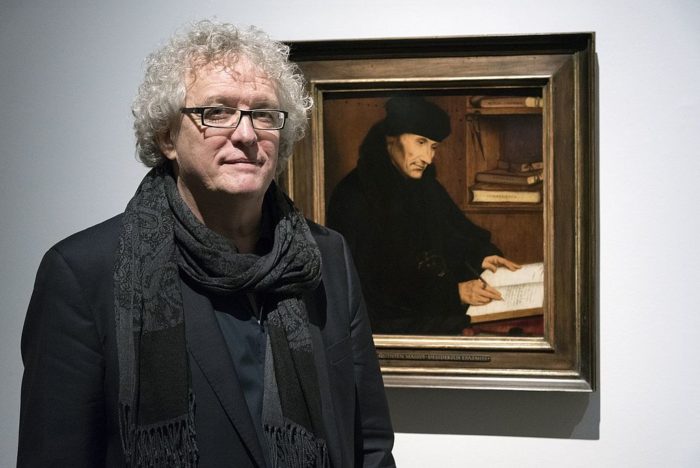 Jan Van der Stock is a Belgian art historian and exhibition curator. He is a full professor at the University of Leuven, where he lectures on Medieval and Renaissance Arts, Graphic Arts, Iconography, Iconology, and Curatorship. He is the director of Illuminare Centre for the Study of Medieval Art (University of Leuven) and holder of the Van der Weyden Chair – Paul & Dora Janssen, the Veronique Vandekerchove Chair of the City of Leuven, and the Chair of Medieval Sculpture in the Low Countries. In 1995 Van der Stock received his PhD from the University of Leuven on the strength of a dissertation on the development of the printed image in the Low Countries of the fifteenth and sixteenth centuries. Since then he has published widely on the subject. In 1999 he became Professor, by special appointment, of Prints and Drawings at Leiden University. From 1998 to 2000 Van der Stock held the post of assistant curator in the Print Room of the Royal Library of Belgium, Brussels, and since 2000 he has been a full-time member of the Faculty of Arts at the University of Leuven. Since 2005 he has been a member of the Royal Flemish Academy of Belgium for Science and the Arts. He is currently completing the book Between Norm and Practice. Two Centuries of Painting and Sculpture in Antwerp, Mid-14th – mid-16th Centuries: Assessing the Archival Evidence.
Jan Van der Stock has organized several international exhibitions, the most recent of which was the exhibition at M – Museum Leuven: In Search of Utopia, 2016. For more information about his exhibitions and publications, please visit his Wikipedia page.
In Bruges, Jan Van der Stock will share his point of view, as a professor, an independent curator, and an exhibition maker, on the changing profession of the museum curator. 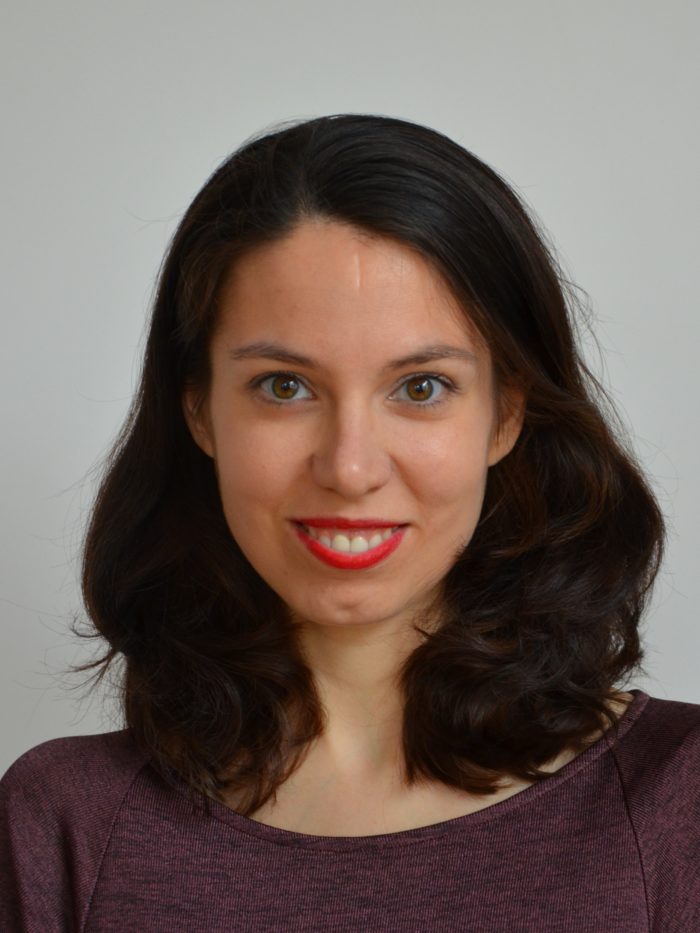 Marrigje Rikken worked from 2006 to 2008 as assistant curator of seventeenth-century Dutch Paintings at the Rijksmuseum in Amsterdam, after which she lectured in art history from 2009 to 2015 at the University of Amsterdam. In 2016 she was awarded a research doctorate at Leiden University for her thesis on the development of Southern Netherlandish animal imagery into an autonomous genre between 1550 to 1630 in relation to developments in natural history, artists’ networks, and elite collecting practices. In 2014 she became an associate curator at the Frans Hals Museum in Haarlem, combining this work from 2015 onwards with a position as curator of history paintings at the Netherlands Institute for Art History (RKD) in The Hague. In October 2017 she was appointed Head of Collections at the Frans Hals Museum in Haarlem. In Bruges, Marrigje Rikken will speak on the concept of “the transhistorical museum” and what it could mean for the presentation of Old Masters today.

Marrigje Rikken has been a member of CODART since 2014.