Art in Situ: What It Means to See Art in Its Original Setting

The provenance of most artworks shows that some left the place where they were made at an early stage, while others have left only quite recently. Today you can find paintings and other objects made by Dutch and Flemish artists all over the world. That is precisely why CODART was founded in 1998 – to promote networking and partnerships among curators of collections containing Dutch and Flemish art. In 2022 CODART will be holding its annual congress in the Netherlands, which also marks the 200th anniversary of the Mauritshuis in The Hague. In the Netherlands, the Mauritshuis and the Rijksmuseum in Amsterdam together display one of the best collections of seventeenth-century Dutch art in the world. Holding the congress in the birthplace of Dutch art gives us a unique opportunity to focus our attention on artworks that are still in the place for which they were made. We explore the question of what these works can tell us about the production of art in the Dutch Republic. We also set out to define their unique expressiveness – precisely in the (hopefully) post-Covid age in which all our experiences seem to be ever more ephemeral and ever more focused on digital media. 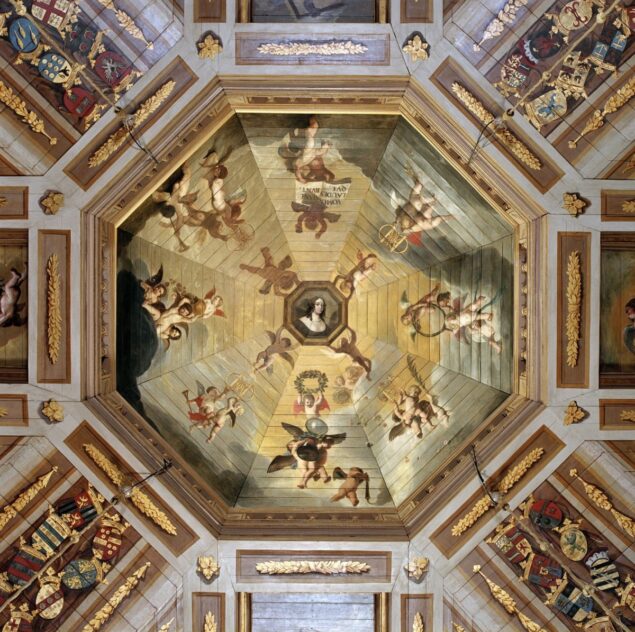 The vault of the Oranjezaal with Amalia van Solms as a widow
Photo: Rijksdienst voor het Cultureel Erfgoed (CC BY SA 4.0)

While many Dutch and Flemish artworks can be found all over the world, quite a few commissioned artworks are still preserved in situ, having never left their original location – or only for brief periods. For instance, the famous Oranjezaal remains one of the most impressive monuments of the seventeenth century – although few have been able to see it with their own eyes, since the hall is part of Huis ten Bosch Palace, the residence of the Dutch royal family in The Hague. Those few who do manage to visit the Oranjezaal experience the immense powers of expression that epitomized the Dutch and Flemish painters who were active around 1650. The Oranjezaal decorations are a tribute to the memory of Stadholder Frederik Hendrik, who died in 1647. The ensemble was commissioned by his widow, Amalia van Solms (1602-1675), and is arguably the most important commission in the Dutch Republic in that period. The project was executed on a vast scale, unprecedented in the Dutch Republic – with the exception of the program of decorations designed by Jacob van Campen for Amsterdam town hall (today’s Royal Palace). The latter building is open to the public at set intervals – for which we must be very grateful, since it contains major paintings by Dutch and Flemish masters and above all magnificent sculptures by Artus Quellinus, including on the building’s façades. In fact, there are many places around the Netherlands where sculptural work can be seen in its original setting, such as the tomb of William of Orange in the New Church, Delft and numerous other funerary monuments.

In other parts of the Netherlands too, we find many paintings still displayed in their original locations, albeit in less monumental settings. While Rembrandt’s celebrated Night Watch was moved from the premises of the Arquebusiers’ Guild to a room in the then town hall as early as 1715 (during which operation it was cut on all four sides), other group portraits were returned to their original surroundings. The Regents’ Room of Amsterdam’s city orphanage has been reconstructed and is now an integral part of the Amsterdam Museum, but less public locations have also been preserved virtually intact. The Regents’ Room of the Deutzenhofje has been furnished, ever since it was built in 1694-1695, with paintings, items of furniture, glass, silver, and textiles to the exact specifications of Agneta Deutz, who founded the almshouse. The room has barely changed since it was built. Behind the façades in many Dutch city centers are intact 18th-century reception rooms, in which paintings, woodcarvings, and stucco ceilings make up in tact ensembles. 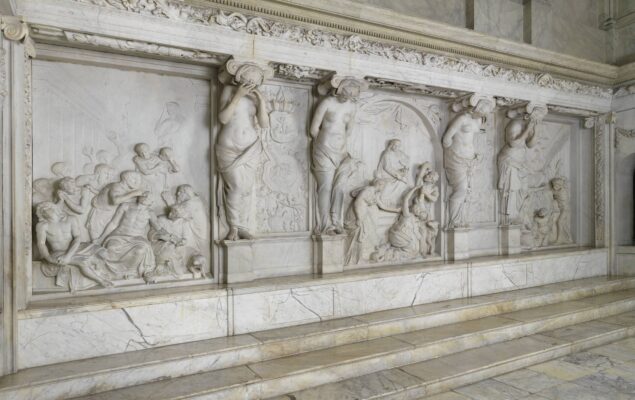 Anyone hoping to see Dutch or Flemish paintings by Old Masters in the many churches in the Netherlands will be disappointed, because it was only in very exceptional cases that works of art were preserved in situ in these buildings. Churches were stripped and whitewashed during the Reformation – with the possible exception of seventeenth-century clandestine churches such as Ons’ Lieve Heer op Solder in Amsterdam. The most important commissions from churches at that time were shutters for organs, such as Caesar van Everdingen’s monumental Triumph of King Saul, in the Great or St. Lawrence Church, Alkmaar. Some old works of art were miraculously preserved during the Reformation, such as the famous sixteenth-century stained-glass windows of St. John’s Church in Gouda, of which even the designs have survived. For sculpture, too (such as the aforementioned tomb of William of Orange), as well as for silver, base metals and woodcarvings, churches do provide an important anchor.

What can we learn by studying art in its original location? And how do we research the original location of paintings that were intended for a specific place and later ended up in museums? The recent research on Rembrandt’s Night Watch and other famous group portraits fires the imagination, as do the potential uses of technology to reconstruct the original appearance of interiors that no longer exist. By discovering how these and other pieces functioned in situ, we can gain new insights. We learn who commissioned the works and how best to interpret the scenes depicted. This research also illuminates the extent to which artists took account of the architecture. In our rapidly-changing world, it is particularly helpful to ascertain the original location and function of artworks, and thus to acquire a richer and more differentiated picture of the past.