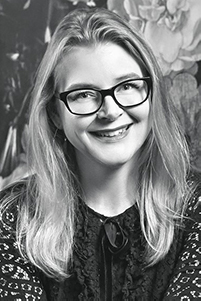 National Museum of Women in the Arts, Washington
Dr. Virginia (Ginny) Treanor is the Senior Curator at the National Museum of Women in the Arts (NMWA) in Washington, D.C. Committed to scholarship that both elucidates and contextualizes the contributions of historical women, Treanor has curated exhibitions on seventeenth, eighteenth, and nineteenth-century art. Treanor holds a Ph.D. in seventeenth-century Dutch and Flemish art, which she earned at the University of Maryland under the direction of Arthur K. Wheelock, Jr. Treanor has held positions at the Smithsonian American Art Museum and the National Gallery of Art, among other institutions. She is a member of CODART, Historians of Netherlandish Art, Society for the Study of Early Modern Women and Gender, and the Association of Art Museum Curators. Treanor also serves on the editorial board for Lund Humphries’ Illuminating Women Artists book series. Currently, Treanor is planning an exhibition on Dutch and Flemish women artists of the seventeenth and eighteenth centuries to open in late 2025.

In Context: Flemish Women Artists
The lives and works of seventeenth-century women artists in the Southern Netherlands have been coming to light over the past few decades through the dedicated scholarship of a handful of academics and curators. Two artists in particular have received long-overdue recognition with recent monographic exhibitions: The Art of Clara Peeters (2016) and Michaelina – Baroque’s Leading Lady on Michaelina Wautier (2018). Using Peeters and Wautier as examples of how scholarship on women artists has enriched the field, this talk explores how we might best integrate them, and others, into the art historical narrative moving forward in order to ensure their legacies are not lost again. 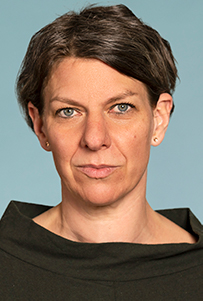 Gemäldegalerie, Staatliche Museen zu Berlin
Dr. Katja Kleinert is Curator of Dutch and Flemish Art of the Seventeenth Century at the Gemäldegalerie, Staatliche Museen zu Berlin. She studied art history and Dutch philology in Berlin, Brussels and Amsterdam. Her doctoral dissertation examined in depth the representations of painters’ studios. In 2005–2007, as a research assistant at the Staatliche Museen zu Berlin, she co-curated the exhibition Rembrandt: Quest of a Genius. She then accepted a position at the Helmholtz Zentrum Berlin, where she gained expertise in neutron autoradiography. In 2011–2016 she worked on an interdisciplinary research project on the Rembrandt collection at the Berlin Gemäldegalerie, the results of which can be accessed in the Rembrandt Database. In September 2016 she started at the Gemäldegalerie working on projects such as Frans Hals/not Frans Hals; Gerard ter Borch: Gallant Conversation; and, most recently, Vision of Sea Power: A Seascape for the Great Elector.

Flemish Masters in Prussia – The Orange Heritage in Changing Times and Tastes
The Dutch stadholder Frederik Hendrik and his wife Amalia van Solms built up the largest and most valuable art collection in the seventeenth-century Dutch Republic. Their acquisitions were driven partly by personal preference and partly by a strong desire to boost their political power. Seventeenth-century Flemish paintings were among their favorite purchases since they enjoyed such great prestige. In the eighteenth century, much of the collection was transferred to the Brandenburg Prussian palaces as part of the so-called Oranian inheritance. Around 1830, a selection of paintings was made to furnish and complete the new Gemäldegalerie to be built in Berlin. Interestingly, the Berlin collection as it exists today reflects the high quality of the stadholder’s collection as far as Dutch paintings are concerned, but not in the area of Flemish paintings, which were once held in such high esteem. This contrast is partially due to changes in taste and art appreciation in the nineteenth century, but the events of the Second World War also played a decisive role. 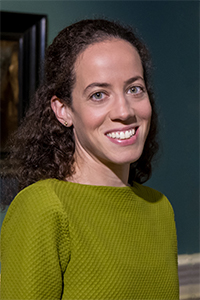 Het Noordbrabants Museum, ‘s-Hertogenbosch
Dr. Nadia Groeneveld-Baadj is Curator of Old Masters at Het Noordbrabants Museum in Den Bosch. She studied Art History at the University of Virginia (B.A.), Williams College (M.A.) and the University of Michigan (Ph.D.), where she wrote her dissertation on Jan van Kessel the Elder and the intersection of art-making, natural history, and collecting in 17th-century Antwerp. She previously worked at the Clark Art Institute, where she curated A Dutch Master: Two Portraits by Frans Hals Reunited, the Metropolitan Museum of Art, and Museum Gouda, where she assisted with the exhibition Beleef het Wonder van Gouda. She also worked as a researcher and lecturer at the Rijksuniversiteit Groningen and the University of Bern. She has published on various aspects of Southern Netherlandish art, including Antwerp kunstkasten and paintings on copper and stone. She is currently preparing an exhibition about all five generations of the Brueghel family that will open in September 2023.

Global Encounters in Antwerp Cabinets
In the seventeenth century, multimedia art cabinets, now commonly referred to as kunstkasten, were manufactured in great numbers in Antwerp. As objects with German origins, constructed from imported materials and knowledge, marketed to a diverse, pan-European audience, and traded for goods from the Americas, kunstkasten were truly global objects. They were embedded in a complex matrix of material, commercial, and cultural networks that spanned Europe, Asia, Africa, and the Americas. These cabinets not only contained, but also transformed and de/recontextualized the objects stored inside them. Furthermore, their multimedia construction, which recruited the diverse skills of Antwerp artists and craftsmen, and their incorporation of pictorial programs that referenced paintings, prints, book illustrations, and textiles, promoted and disseminated local crafts and idioms internationally. This case study examines how kunstkasten played an important role in the global dispersal of Southern Netherlandish art in the seventeenth century and beyond. 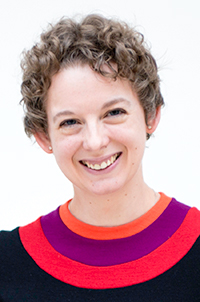 Metropolitan Museum of Art, New York
Dr. Elizabeth Cleland is curator of European Sculpture and Decorative Arts at the Metropolitan Museum of Art in New York where she has been working since 2004 and is responsible for post-medieval European textiles. She studied at the Courtauld Institute of Art, receiving her MA and PhD as a British Academy Scholar. At The Met she (co-)curated exhibitions such as Relative Values: The Cost of Art in the Northern Renaissance (2017-2022), Grand Design: Pieter Coecke van Aelst and Renaissance Tapestry (2014-2015) and The Tudors: Art and Majesty in Renaissance England. She has published extensively on northern Renaissance textiles and was the principal author of Grand Design’s award-winning catalogue.

“Zo’n mooie wandtapijten” Nurturing the Global Taste for Flemish Tapestries
Seventeenth-century Antwerp weaver Cornelis de Wael’s pride in the tapestries he was offering to London clients speaks to the generations’ long domination of tapestries in Flanders’ export market. Already at the start of the sixteenth-century, Venetian ambassador Vincenzo Quirini was to list “magnificent figurative tapestries” as the epitome of Flanders’ artistic excellence across media. Within a couple of decades, Brussels’ legwerkers ambacht was obliged to introduce legislation to deter “Spanish, Portuguese and other foreign” merchants from sponsoring subpar goods, often embellished with paint, for export. This presentation explores the intersection between the entrepreneurship and networking of Flemish weaver-dealers, on the one hand, and the strict quality control measures introduced by the guilds, on the other. 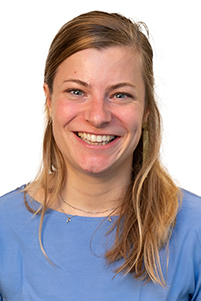 M Leuven
Dr. Hannah De Moor is collaborator collection management at the Old Masters Department in M Leuven. She obtained her Ph.D. in Art History from KU Leuven in 2022, with a dissertation entitled Unravelling the History of Netherlandish Carved Altarpieces in Sweden. c. 1470-1527 and Beyond. As a Research Fellow at Illuminare – Centre for Medieval and Renaissance Art (KU Leuven), De Moor contributed to the Digital Corpus of Flemish Retables project, in collaboration with the RKD – Netherlands Institute for Art History in The Hague. She also is co-editor of the book Taking Shape: Sculpture of the Low Countries, 1400-1600, that is set to appear with Brepols in the Early Modern Cultural Studies series in 2023.

Te maken ende te leveren: The Transport of Netherlandish Carved Altarpieces
In the late fifteenth and early sixteenth centuries, Netherlandish carved altarpieces enjoyed great popularity both in the Low Countries and internationally. They were transported over land and sea to the Germanic territories (especially the Rhineland and Westphalia), France, the Iberian Peninsula, the Baltic Region, Poland, and Scandinavia. Today, over 350 of these altarpieces are preserved worldwide. Sweden was one of the principal export markets for these artworks from around 1470: in terms of the medieval “borders”, we can say that 39 Netherlandish carved retables, about ten altarpiece fragments, and two poupées de Malines are preserved there. This research aims to shed light on the way these retables were transported – at each stage of the journey – and the roles of all those involved. The talk will focus on the formal preparations to be made before a Netherlandish carved altarpiece could be transported to its foreign destination, the actual transport over land and sea, and the services provided upon arrival.