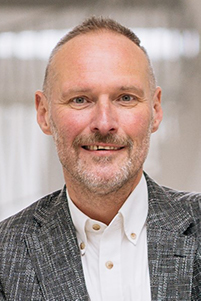 Royal Museum of Fine Arts, Antwerp
Dr. Nico Van Hout is Head of Collections at the Royal Museum of Fine Arts (KMSKA) in Antwerp. Van Hout studied Art History at Ghent University and was trained as a restorer of paintings at the Higher Institute of Fine Arts in Antwerp. In 2005 he obtained his PhD with a dissertation: Functions of dead coloring with a particular study of the underpainting stage in the work of Peter Paul Rubens. In 1999 he curated his first exhibition for the KMSKA. The KMSKA closed its doors for extensive restoration in 2011 and has only recently reopened. During these years the museum’s collection has travelled internationally and Van Hout has curated several exhibitions in other museums such as Old Masters in the Golden Cabinet (Antwerp, 2013-2017), The Sky is the Limit (Antwerp, 2017) and Rubens and His Legacy (Brussels and London, 2014-2015).

Van Hout has also been intensively involved in the new thematic display of the KMSKA’s collection in the renovated museum. The museum aims to present Flemish art in an international context, show more works by women artists and respect the original function of the artwork. In his lecture, Van Hout will explore the choices made by the curatorial team and explain why these were made. 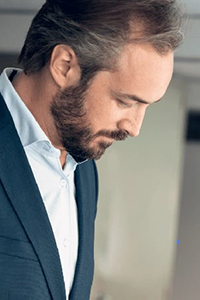 KBR – Royal Library of Belgium, Brussels
Joris Van Grieken is Curator of Prints and Drawings at the Royal Library of Belgium (KBR) in Brussels. Van Grieken studied Art History at KU Leuven. He specialized in the reception history of Early Netherlandish art and printmaking in the Southern Netherlands in the sixteenth- and seventeenth century. In 2008 he started working in the Print Room of the KBR for a research project concerning the print publisher Hieronymus Cock and his publishing business, which led to the exhibition Hieronymus Cock – The Renaissance in Print (Leuven and Paris, 2013). From 2011 onwards he has curated exhibitions such as The World of Bruegel in Black and White (Brussels, 2019-2020), Prints in the Age of Bruegel (Brussels, 2019) and Van pen tot pers. De Emblemata Evangelica van Hans Bol (Brussels, 2015-2016).

Made in Flanders; Exporting Flemish Art, Artists and Artisans (1350-1750)
Art and luxury goods were among the most important exports from Flanders in the early modern period. From the beginning, a significant share of production was destined for foreign parts. Some items were made by Flemish artists and craftsmen on commission – for clients all over Europe – while others were sold on the free market and then exported. It was not only Flemish painting that became known across Europe and even in the New World, thanks to artists who journeyed abroad and foreign patrons. Other art forms too were in high demand. Flemish printmaking, for example, had a marked impact on Catholic iconography in mission territories in Central and South America. Religious sculptures from cities such as Antwerp and Mechelen were transported early on to Eastern Europe and Scandinavia. Tapestries from the Southern Netherlands adorned palaces, castles, churches, and public buildings throughout Europe. In light of this history, it is easy to understand how art objects from Flanders have ended up in museum collections around the world. This lecture examines the worldwide distribution of Flemish art and places it in a broader historical perspective. 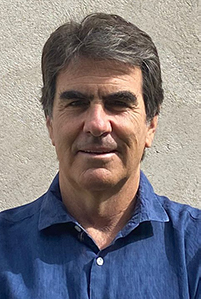 Museo Nacional del Prado, Madrid
Dr. Alejandro Vergara is Senior Curator of Flemish and Northern European Paintings at Museo Nacional del Prado in Madrid. He studied art history at the Universidad Complutense de Madrid and received a PhD from the Institute of Fine Arts at New York University. He has been a curator at the Prado since 1999 and has occupied his current post since 2003. He has published extensively on Flemish sixteenth and seventeenth-century paintings and has curated a number of exhibitions at the Prado and other museums. Recent exhibitions include The Art of Clara Peeters (Antwerp and Madrid, 2016), Pure Rubens and Rubens. Painter of Sketches (Rotterdam and Madrid, 2018-2019) together with Friso Lammertse, Mirades afines. Vélazquez, Rembrandt, Vermeer (Madrid, 2019), and Mythological Passions: Tiziano, Veronese, Allori, Rubens, Ribera, Poussin, Van Dyck, Vélazquez (Madrid, 2021) with Miguel Falomir.

In Spain, Flemish Art is Local
From the fifteenth to the seventeenth century, rulers and aristocrats throughout Europe collected paintings made in the Southern Netherlands, which they regarded as artistic treasures on a par with those from Italy. Nowhere was this more apparent than in Spain. These rulers range from John II of Castile and Alfonso V of Aragon – who met Jan Van Eyck en route to the Iberian Peninsula in the early fifteenth century – to King Philip IV of Spain, who amassed over a hundred paintings by Rubens during the artist’s lifetime. Works produced in Brussels, Bruges, Ghent, Malines, Leuven, and above all Antwerp, defined artistic standards and ideals in Madrid. Today, the Prado has more paintings from Antwerp than from any other city with the exception of Madrid itself. It also houses the largest existing collections of works by Bosch, Patinir, and Rubens, besides many other highlights by masters including Rogier van der Weyden, Pieter Bruegel the Elder, and Jan Brueghel the Elder. Most of these paintings came to Spain as purchases from second-generation owners – or directly from the painter in the case of the Antwerp master. This talk will trace the collecting history of these paintings, and reflect on its implications for the geography of art in Europe. 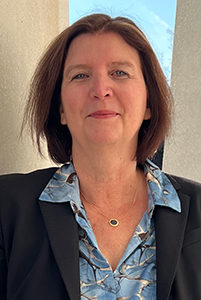 Independent art historian, Princeton, NJ
Esmée Quodbach is an independent art historian and provenance researcher based in Princeton, New Jersey. Educated at Utrecht University, she is a specialist in seventeenth-century Dutch painting and the history of collecting. From 2007 through 2020, she was on staff at The Frick Collection, New York, where she last served as the Editor-in-Chief and Assistant Director of the Frick’s Center for the History of Collecting. Previously, she held research positions at the Metropolitan Museum of Art, New York, and the National Gallery of Art, Washington, D.C.  Quodbach has lectured and published widely on Dutch and Flemish painting and the history of collecting. She is the author of The Age of Rembrandt in New York: Dutch Paintings in The Metropolitan Museum of Art (2007), and the editor of the companion volumes Holland’s Golden Age in America: Collecting the Art of Rembrandt, Vermeer, and Hals (2014) and America and the Art of Flanders: Collecting Paintings by Rubens, Van Dyck, and Their Circles (2020); as well as “What’s Mine Is Yours”: Private Collectors and Public Patronage in the United States (2021). A collection of essays, The Evolving House Museum: Art Collectors and Their Residences, Then and Now, co-edited with Margaret Iacono, is forthcoming in 2023.

Atlantic Crossings: Flemish Paintings in the United States, from 1780 to the Present
Old Master paintings, including seventeenth-century Flemish pictures, were available in limited numbers in the United States by the late eighteenth century. Since then, numerous works by, or presumed to be by, Peter Paul Rubens, Anthony van Dyck, and their contemporaries have arrived on the nation’s shores. The long lives of many Flemish paintings that crossed the Atlantic—and that, in some cases, would later return to Flanders—have often been affected by political, economic, and cultural changes. This lecture examines this rich history of more than two centuries, focusing on the stories of the paintings brought over early on by refugees such as Henri and Marie Louise Stier d’Aertselaer as well as Joseph Bonaparte; the abundant Flemish holdings amassed by some of America’s large and small museums; the influence of several noted individual collectors; and, in a more general sense, the evolving American taste for the art of Rubens, Van Dyck, and their contemporaries.