On Wednesday 21 January an optional program is added to the regular congress program. In the morning, visits are planned to the Royal Museums Greenwich, Kenwood House, the Dulwich Picture Gallery and the private collection of Baron van Dedem. It is even possible to join a special preview to the exhibition Rubens and His Legacy. Van Dyck to Cézanne at the Royal Academy of Arts. Transport to the above mentioned visits is at your own leisure. You will be welcomed by the responsible curator and/or a CODART team member.

1. Visit to the Queen’s House at the Royal Museums Greenwich with Christine Riding and Katy Barrett

The Queen’s House is all that remains of Greenwich palace. From the royal manor established here in the fifteenth century, the Greenwich site developed into the Tudor palace of ‘Placentia’, complete with gardens, the deer park, and a jousting field. Into this typical Tudor space, Anne of Denmark, queen of James I, commissioned Inigo Jones to create the Queen’s House in 1616. Influenced by the architecture of ancient Rome and the Italian Renaissance, Jones designed the first classical building in Britain. The principles of symmetry and proportion that he introduced continue to influence architecture today. Under a succession of queens, the building gained a reputation as a ‘house of delights’ filled with art and used for entertainment.

Since the opening of the National Maritime Museum in 1937, the Queen’s House has been used to display the museum’s outstanding art collections. These include a world-class selection of Dutch and Flemish marine paintings, particularly those by the van de Veldes, as well as the largest collection of portraiture outside of the National Portrait Gallery, and important paintings from Captain Cook’s voyages of discovery. 2016 will mark the 400th Anniversary of the Queen’s House, presenting the museum with the opportunity to redisplay the galleries. The art collections will be used to evoke and discuss the history of the house while also showcasing the quality of the collections.

Christine Riding, Senior Curator of Art, and Katy Barrett, Curator of Art, pre-1800, will lead a tour of the Queen’s House, discussing the opportunities and challenges of this re-display. Delegates will also have the opportunity to examine a selection of the museum’s Dutch and Flemish collections in detail with Senior Prints & Drawings Conservator Clara de la Pena and Paintings Conservator Sarah Maisey, as well as enjoying the beauties of the Greenwich World Heritage site. 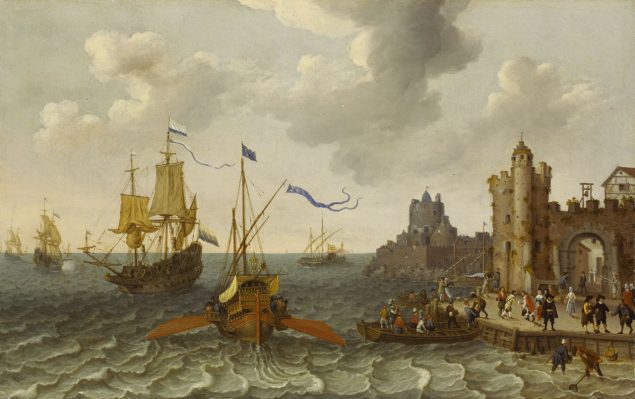 2. Visit to the collection of Kenwood House with Laura Houliston

After 18 months of restoration, including structural work and repainting of the north façade using the correct ‘sanding’ technique, Kenwood House reopened at the end of 2013. The original early eighteenth-century building, which was purchased by the Earl of Mansfield in 1754, was remodelled and extended by the Scottish architect Robert Adam from 1764 to 1779. The interiors designed by Adam include some of his finest surviving schemes, particularly the ‘Great Room’ or library. After Kenwood’s original contents were sold in 1922 the house and grounds were bought by Edward Cecil Guinness, 1st Earl of Iveagh, who in 1927 bequeathed his outstanding collection of paintings to the nation.

Kenwood differs from many collector museums in its atmosphere. Barriers and admission desks have been banned from the entranced hall, additional carpets have been introduced, and visitors may sit on discreet black-upholstered settees. The most dramatic change is the reinstallation of the library, redecorated on the basis of historic paint scrapes. Allowed to enter the room, visitors are now able to relate it to the idyllic landscape outside, to sense the subtle articulation of spaces and to appreciate the richness of details. As far as possible the historic character of the building has been respected: several pieces of original furniture have been reacquired and the hall, great stairs and antechamber have been redecorated in a close approximation of their original colours on the basis of paint analysis.

Laura Houliston, Senior Curator of Collections, will lead a tour of the Kenwood House. The painting collection at Kenwood, including the 63 works originally bequeathed by Lord Iveagh, has works by Joshua Reynolds, Frans Hals, Van Dyck and Thomas Gainsborough, as wel as The Guitar Player by Johannes Vermeer. In recent years the gardens surrounding the house have been furnished with sculptures by Barbara Hepworth, Henry Moore and Eugène Dodeigne. 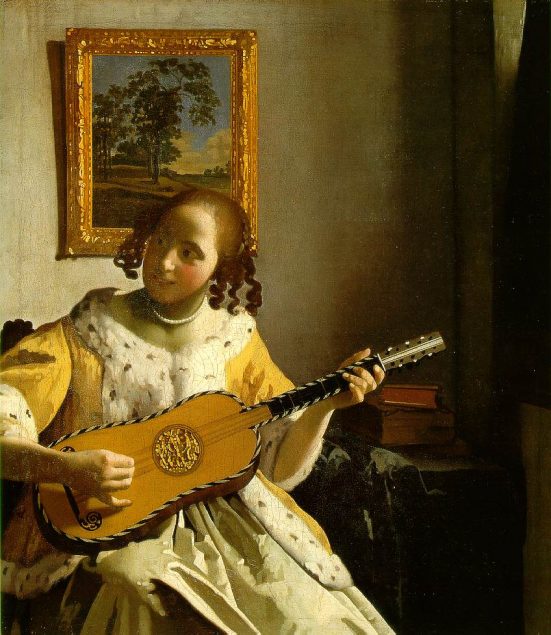 The Dulwich Picture Gallery London was founded in 1811 as England’s first purpose-built art gallery, and opened to the public in 1817 in a building designed by the architect Sir John Soane. Of the c. 660 paintings in Dulwich Picture Gallery, some 215 originate from the Northern or Southern Netherlands. The collection was originally formed in the seventeenth century as part of Dulwich College, and although it consisted primarily of English portraits, it also contained Netherlandish landscapes, still lifes, and a number of history paintings. In 1811 the collection was greatly expanded by the painter Sir Francis Bourgeois’ bequest of some 370 old master paintings, the majority of which take pride of place in the Gallery today. Bourgeois had inherited many of these works from his business partner Noël Desenfans, who had been commissioned by King Stanislaus Poniatowski of Poland to form a collection of paintings for a new national museum in Poland. However, with the abdication of Stanislaus in 1795, the paintings were never to reach Poland and eventually made their way to Dulwich. Today the Gallery is home to one of the most important collection of seventeenth- and eighteenth-century art in the world, including works by Rembrandt, Rubens, Van Dyck, Murillo, Watteau, Poussin, and most notably a large number of Italianate and other Dutch landscapes by painters including Cuyp, Wouwerman, Pynacker, Berchem, and Both. 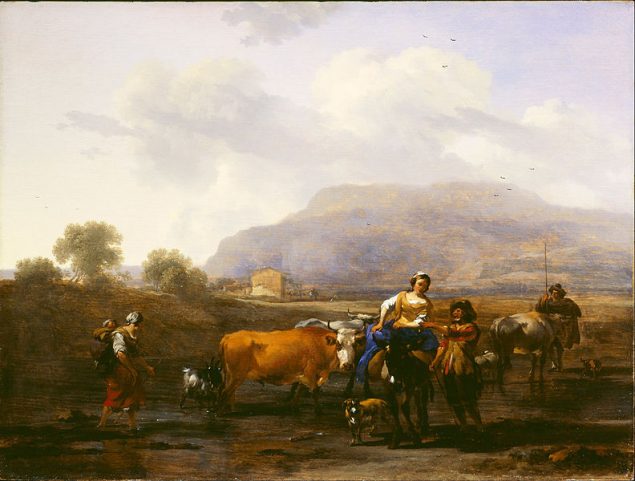 4. Exclusive preview of the exhibition Rubens and His Legacy. Van Dyck to Cézanne at the Royal Academy of Arts with Nico van Hout

On Wednesday morning (8:00-10:00 am) it is possible to join a special preview to the exhibition Rubens and His Legacy. Van Dyck to Cézanne, at the Royal Academy of Arts. Over the centuries, Rubens has been admired and even envied for his great sense of colour and composition as well as his painterly technique. His work has been a rich source of inspiration to many a talented artist. French painters such as Cézanne and Delacroix were attracted primarily by the erotic and poetic qualities of Rubens’ work, whereas German artists like Böcklin and Corinth were drawn mainly by its vitality. The religious aspect appealed mostly to his Spanish followers, while English artists such as Constable and Reynolds found inspiration in his portraits and landscapes.

This exhibition, entitled Rubens and His Legacy. Van Dyck to Cézanne, explores the artistic legacy of Peter Paul Rubens in six thematic chapters: violence, power, lust, compassion, elegance and poetry. In each of these chapters, curator and CODART member Nico van Hout sets out in search of connections between Rubens and a variety of subsequent artists. The exhibition showcases over 160 pieces, including exceptional loans from Prado (Madrid), the Metropolitan Museum of Art (New York), the National Gallery (Washington), Neue Pinakothek (Munich) and Nasjonalgalleriet (Oslo). In addition to paintings and drawings by Rubens and his followers, it features examples of prints that helped disseminate the oeuvre of the master from Antwerp across the globe. 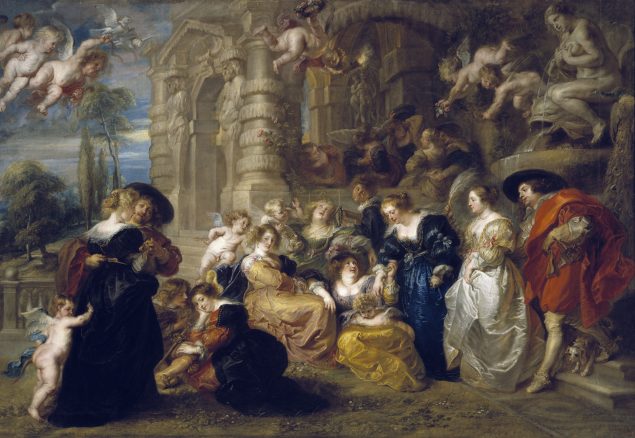 5. Visit to the private collection of Willem Baron van Dedem

During the CODART congress in London CODART members are offered the unique opportunity to visit the private collection of Willem Baron van Dedem. On Wednesday morning we are welcome at his home in Surrey, near London. This remarkable collection is the most important collection in the United Kingdom of Dutch and Flemish seventeenth-century cabinet-sized paintings, a large part of which is now the property of a Trust. It includes examples of history and genre painting, portraiture, still lifes, landscape and seascape painting. The list of artists is impressive with amongst others works by Pieter Claesz, Adriaen Coorte, Gerard Dou, Pieter de Hooch, Jan van Kessel, Nicolaes Maes, Gabriel Metsu and Rembrandt van Rijn. In 2002 a complete collection catalogue, written by Peter C. Sutton, was published; in 2008 a supplement appeared adding 15 more paintings to the collection catalogue. 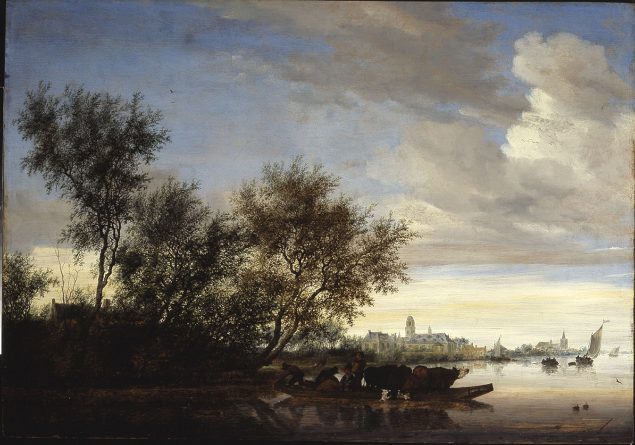