From 19 to 21 June 2016 CODART will be visiting Madrid, capital of Spain and home to the largest art collections in the country. Participants will be welcomed by the cooperating museums Museo Nacional del Prado, Museo Thyssen-Bornemisza and Museo Lázaro Galdiano. On Monday the Prado offers members of CODART an exclusive visit to the exhibition Bosch. The Centenary Exhibition, organized to commemorate the 500th anniversary of Hieronymus Bosch’s death.

A brief history of Madrid

Situated in the midst of the sunny Iberian Peninsula, Madrid boasts a long cultural and political history that dates back to a settlement of Moors on the current location of the Royal Palace in the tenth century. At later times the court of the Kingdom of Castille was moved to the city, only to be besieged by the imperial troops of Charles V. The then small city of Madrid reached new heights when Charles’s son, Philip II of Spain relocated the Imperial Court to the city in 1561. During this Spanish Golden Age the art of several Flemish and Dutch artists was admired at the Spanish Habsburg court. The popularity of Northern painters in Madrid resulted in the rich collections of Bosch, Bruegel, Van der Weyden and Rubens now in the Prado. After some relative quiet centuries the city was taken by Napoleon at the beginning of the nineteenth century and bombed regularly by General Franco during the next.

Today Madrid is one of the largest and liveliest cities in Europe. Its wide squares give way to the city´s main cultural highlights and museums. Each year many people visit the capital to see its enormous Royal Palace, the Catedral de Santa María and the city’s main street: The Gran Via. A trip to Madrid would not be complete without visiting´The Golden Triangle´ where the three most important art museums, the Prado, Thyssen-Bornemisza and Museo El Reina Sofia cover Spanish and European art from early modern to contemporary times.

Participants of CODART NEGENTIEN will register at Museo Lázaro Galdiano. Located in the city palace of Don José Lázaro Galdiano (1862–1947), this museum houses the exclusive collection of a Spanish financier, publisher and successful art collector. Some 13.000 works of art were bequeathed to the city upon Señor Galdiano’s death, ranging from the prehistoric period to the nineteenth century. One of the collection’s highlights is Hieronymus Bosch’s St. John the Baptist in the Wilderness, which Galdiano acquired before 1926 and allegedly forms part of an altar piece made for the Cathedral of ‘s-Hertogenbosch. The beautiful rooms and garden of the museum will be the décor of CODART’s opening reception on Sunday 19 June. 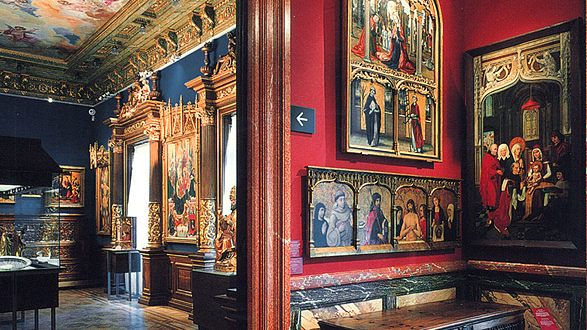 On Monday 20 June the Prado will be our host for the entire day. Congress participants will be able to visit the Jheronimus Bosch exhibition before opening hours. There will also be time to visit the permanent collection of Dutch and Flemish art. In the museum’s auditorium we will listen to lectures and a discussion about the congress theme.

The Prado, Spain’s main national art museum was originally built as the Natural History Cabinet by architect Juan de Villanueva on the orders of Charles III.The museum was later known as Museo Nacional del Prado after it housed the royal collection of paintings and sculptures. This royal collection, which forms the core of the Prado, was significantly enlarged during the reign of Charles V and his son Philip II in the sixteenth century when important works of art were acquired and artists such as Van der Weyden, Memling and Bouts worked for the Spanish Court. The collection was further enlarged during the reign of Philip IV in the seventeenth century. During the nineteenth century the museum received the collection of Museo de la Trinidad, containing art objects of disentailed cloisters.

As the southern provinces of the Low Countries remained under Spanish rule after the separation of the northern provinces in 1581, the Prado holds many paintings by seventeenth century Flemish masters such as Rubens, Jordaens and Van Dyck. In addition, the Dutch Seventeenth century is of a smaller volume but represents an overview of various styles. 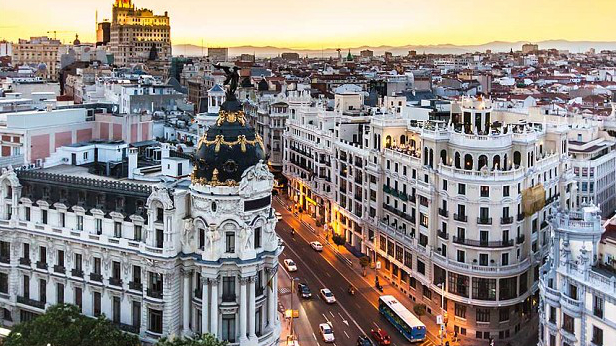 Tuesday 21 June, Museo Thyssen-Bornemisza will host the Speakers’ Corner in the morning, but before we start in the auditorium, we will visit the exhibition Caravaggio and the Painters from the North. A visit to the permanent collection is possible as one of the afternoon’s excursions. During this visit you will be introduced to the collection of Heinrich Baron Thyssen-Bornemisza de Kászon, a German-Hungarian entrepreneur. He began collecting art while living in Hungary and acquired some of his best paintings from wealthy Americans during the Great Depression. The impressive collection of European old masters was further enriched with nineteenth and twentieth century art by Heinrich’s son, Hans Heinrich. The private collection, once displayed in the family’s mansion in Lugano, only moved to Madrid to in 1992 after Hans Heinrich married Carmen “Tita” Cervera, a Spanish socialite and philanthropist. A year later, the Spanish government purchased the collection to permanently display it in the museum together with Carmen’s own collection of Spanish artists.

Among Museo Thyssen-Bornemisza’s masterpieces are Flemish Primitives such as Van Eyck, Memling, Van der Weyden and Petrus Christus. In addition, Dutch and Flemish artists of the seventeenth century are represented by Rubens, Van Dyck and Hals among others.

By some regarded as the feminine predecessor of El Escorial, the Descalzas convent has a strong historical connection with the women of the Spanish Habsburg dynasty. This convent for barefoot Franciscans was founded in 1559 by Joanna of Austria, the sister of Philip II in the former palace belonging to the treasurer of her parents Charles V, Holy Roman Emperor and Isabella of Portugal. During later centuries the convent amassed a lot of riches as a result of the close family ties of the religious community with members of the main European courts. These artworks, jewels and relics were inaccessible for the public until the pope granted a special dispensation to open the convent as a museum in 1960. Now opened to the public, the Descalzas complex not only displays tapestries woven to designs by Rubens and a panel by Pieter Bruegel the Elder, it also offers a unique insight into the world of the Spanish Habsburgs of the sixteenth and seventeenth century. 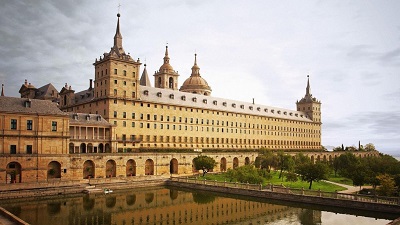 The Royal Monastery of San Lorenzo de El Escorial may well be regarded as the best example of the ideological and cultural aspirations of Spain during its Golden Age. It was commissioned by King Philip II in 1560 as a building to serve multiple purposes. El Escorial was founded as monastery and also functioned as a palace for the King. Moreover it is the final resting place of the King’s father, Holy Roman emperor Charles V, and many other Spanish royals. The complex was once decorated with a great number of paintings, mainly Flemish and Italian, that the King bequeathed between 1571 and 1598. These included such works as Jheronimus Bosch’s The Haywain and the Garden of Earthly Delights, Rogier van der Weyden’s Crucifixion with the Virgin and St. John and The Descent from the Cross. Many other paintings were added in the 17th century, including works by Velázquez, his Spanish contemporaries and Italian masters.