The Museo Nacional del Prado is known to hold some exceptional works by the great masters of Dutch and Flemish painting, including Jheronimus Bosch, Joachim Patinir, Rogier van der Weyden, Jan Gossaert, Bernard van Orley, Pieter Bruegel the Elder, Jan Brueghel the Elder, Van Dyck and Jordaens, together with a collection of works by Rubens that is extraordinary in both number and quality. The much more modest collection of Dutch paintings does, however, include the only Rembrandt painting in Spain and some outstanding works by other painters, such as Salomon de Bray, Gabriel Metsu, Adriaen van Ostade, Willem Claesz. Heda, Godfried Schalcken and Joachim Wtewael, as well as the remarkable group of Italianate landscapes by Herman van Swanevelt and Jan Both, which were commissioned by Philip IV for the Buen Retiro Palace. 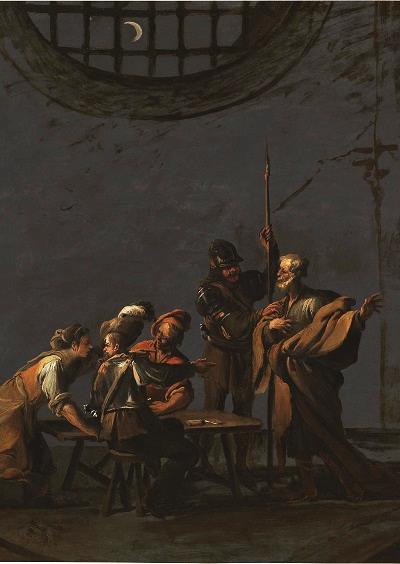 Apart from these works, which have been studied over the years by the most distinguished specialists, there is a series of less well-known works, whose attribution is still contested. The in-depth visit offers participants the opportunity to analyse seven of these thoroughly and take part in discussions on whether their attributions might be updated. The selected works are: The Worshipper and the Daydreamer at Mass (attributed by Friedländer to a Flemish master of ca. 1500), Villagers at the Market (Pieter Aertsen), The Death of Seneca (attributed to Rubens), The Denial of Saint Peter (attributed to Leonaert Bramer) and The Denial of Saint Peter (student of Gerrit van Honthorst).

The Museo Nacional del Prado holds an interesting group of Flemish and Dutch drawings that it acquired around the end of the 19th century and beginning of the 20th, from various private collections. This collection is practically unknown to both the general public and specialists. Many of them are attributed to the most important Flemish and Dutch masters of the 17th century, but their attributions are not conclusive. The in-depth visit offers participants the opportunity to analyze a selection of these drawings thoroughly and take part in discussions on whether their attributions might be updated. 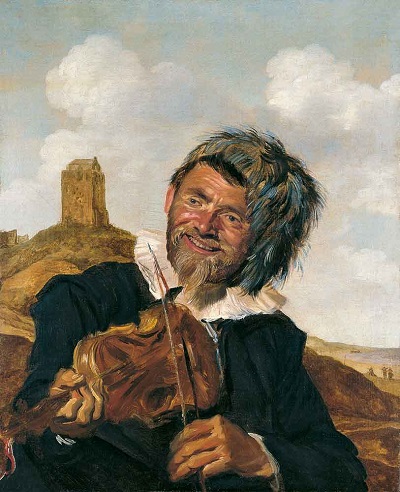 Mar Borobia, Chief Curator of Old Master Painting, and Dolores Delgado, Curator of Old Masters, invite members of CODART for an in-depth tour through the collection of seventeenth-century Dutch and Flemish painting of the Museo Thyssen-Bornemisza. The paintings have been grouped by theme and spread over two floors since the museum opened. During this visit, participants have the opportunity to analyse the installation, arrangement and contents of the galleries. Afterwards, the group will pay a visit to the restoration workshop, where they can exchange ideas and thoughts on presenting this part of the collection in a new way.

During the second part of excursion, the group will be joined by a team of specialists to analyse a painting attributed to Frans Hals: Fisherman Playing the Violin. The painting will be moved from its usual gallery to offer participants a chance to compare the technique used in this painting with that employed by the artist in one of the most outstanding works housed in the museum: Family Group in a Landscape.

The monastery of the Descalzas Reales (Lit. “Barefoot Royals”) is one of the few remaining preserved renaissance buildings in Madrid. Princess Joanna of Austria, the daughter of Emperor Charles V, was born in this sixteenth-century palace in 1535 and she founded a monastery there in 1559, which has been continuously occupied since then by the Barefoot Poor Clare order of Franciscan nuns. Daughters of the royal household and the nobility took their vows there from its beginnings, and other ladies of royal or aristocratic origin took up residence in the Royal Quarters which are contiguous with the monastery. There were frequent visits to the monastery by Kings, Ambassadors, Papal Nuncios and dignitaries from all over the world and its church served as a royal chapel. These circumstances resulted in the creation there of an extensive art collection, similar to those accumulated in the foremost European royal courts, comprising examples of all the artistic disciplines (paintings, sculptures, tapestries, craftsmanship in precious metals, engravings, furniture, etc.). 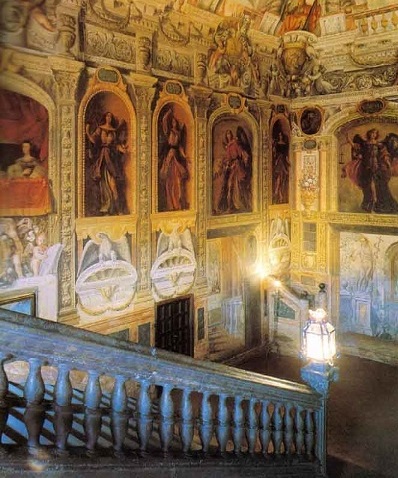 Ana García Sanz will lead the visit to this unique monastery and focus on the Flemish works in the collection of paintings, which derive in part from the legacy of Princess Joana of Austria. Included are works by Adriaen Isenbrandt, Marcellus Coffermans, Michiel Coxie and Pieter Coecke van Aelst. There will be an opportunity to inspect the chapels in detail and to discuss works whose classification is more complex. Another highly relevant part of the collection is a series of tapestries entitled The Triumph of the Eucharist which Peter Paul Rubens designed for this monastery and which was woven in Brussels between 1628 and 1632 and donated by Isabel Clara Eugenia. There will also be an opportunity to visit spaces not usually included in a normal tourist visit such as the Reliquary or the Chapel of the Mystery.

Curators of the Patrimonio Nacional will guide Members of CODART through the vast rooms of the Escorial-complex. This monastery once housed many well-known artworks of northern Masters such as Rogier van der Weyden and Jheronimus Bosch. 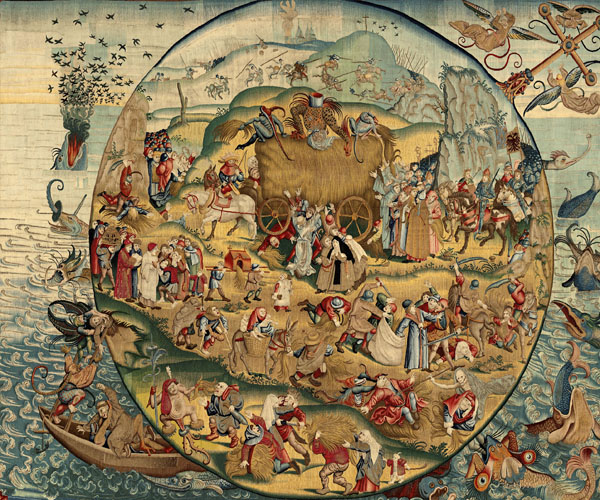 During the summer of 2016, El Escorial commemorates the 500th anniversary of Jheronimus Bosch’s death with the exhibition El Bosco en El Escorial. Three paintings by or once attributed to Bosch will be on display in the basilica of San Lorenzo el Real, the central building of El Escorial. Among the displayed works are the Escorial’s own Christ Crowned with Thorns and the Christ Carrying the Cross from the Royal Palace in Madrid. The panels will be accompanied by a series of tapestries that are inspired by the art of Bosch. These four tapestries were woven in Brussels before 1560 and display Bosch’s best-known panels such as The Haywain and The Garden of Earthly Delights. The exhibition is complemented with other works of art from the Spanish Royal Collections.

Members of CODART can partake in an optional visit to the Museum of Tapestries in La Granja de San Ildefonso. The museum displays a part of the tapestries belonging to the Royal Collection of Spain. In particular the impressive Apocalypse Series, which was purchased by Philip II when he visited the Netherlands in 1556. It consists of eight pieces that were woven in the Brussels workshop of Willem Dermoyen between circa 1553-56. The museum also holds the three surviving tapestries belonging to the Spheres Series of which the design is traditionally attributed to Bernard van Orley. The Spheres depict the marine conquests of the Portuguese during the Age of Discovery. The Honours Series, another set of tapestries in La Granja, celebrates the election and coronation of Charles V as Holy Roman Emperor. 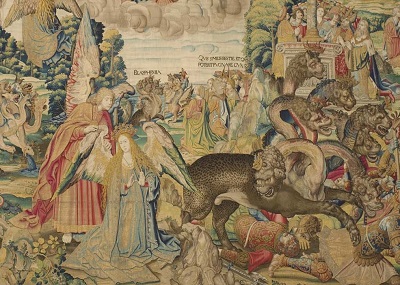 La Granja was built by Henry IV of Spain in the Guadarrama mountains near Madrid as a hunting pavilion in 1450. Later, in 1721 the Royal Palace of San Ildefonso was built on these grounds by Philip V. The palace is designed according to popular European palace styles and its gardens and fountains are styled after Versailles. Apart from the Museum of Tapestries, the palace holds collections of 18th- and 19th-century paintings, sculptures, and items of furniture in the Empire, Regency, Louis XIV and Louis XV styles.