An introduction to the program by George Keyes

Dr. George S. Keyes was Chief Curator and The Elizabeth and Allan Shelden Curator of European Paintings at the Detroit Institute of Arts from 1994 until his retirement in 2008. He has published widely on Dutch and Flemish art and organized many exhibitions including Rembrandt and the face of Jesus (2012). Most recent was his contribution to the publication Seventeenth-century European drawings in Midwestern collections: the age of Bernini, Rembrandt and Poussin (2015).

George Keyes has been a member of CODART since the very beginning. He is the one that came up with the idea to organize a CODART study trip to the Midwest, the area in the United States so familiar to him. We are happy to have him on board of our trip as our knowledgeable guide and we thank him for writing the informative introduction below.

Welcome to the Midwest

This tour focuses on the near Midwest—the agricultural and industrial heartland of the United States. Following the Civil War (1861-1865) new cities sprang up throughout the Midwest. Their prosperity derived principally from agricultural produce, milling, meat packing and later through the production of steel and the rise of the automotive industry. Huge fortunes were made and each of the leading cities expressed civic pride through the creation of free public libraries, museums, symphony orchestras, and world renowned institutions of higher learning among other attractions. One result is a roster of art museums that rank among the best in the nation and whose collections are known throughout the world. 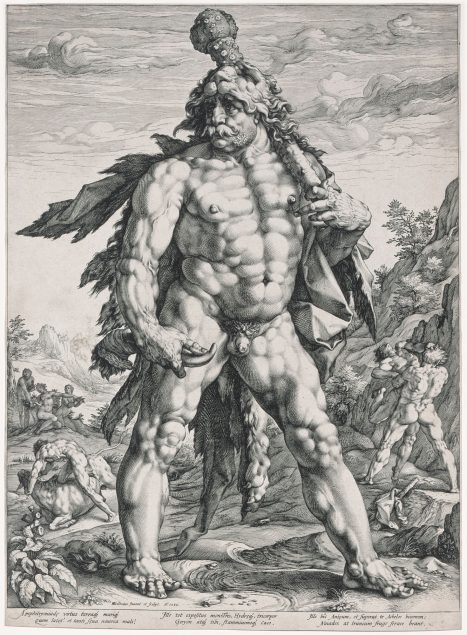 Our journey will reveal the art treasures within four states—Michigan, Ohio, Indiana and Illinois. Our tour begins in Detroit where we will have ample opportunity to explore the Detroit Institute of Arts (DIA). Its European collections and especially the Northern schools were substantially shaped by William Valentiner, director of the museum from the mid 1920s through the mid 1940s. Yet the core of its paintings collection dates from 1889 when James E. Scripps presented the new museum with roughly one hundred old master paintings. The DIA will offer opportunities to visit the conservation laboratory and a viewing of selected old master drawings.

On Tuesday October 13th we will depart Detroit for Toledo Ohio where we will spend the first part of the day immersing ourselves in the remarkable encyclopedic collection of the Toledo Museum of Art (TMA). The TMA was founded in 1901 by local citizens led by Edward Drummond Libbey, the founder of the Libbey Glass Company. Being childless he and his wife left their entire substantial fortune as an endowment to fund the TMA. And what a museum it has become! Following World War II under the inspired directorship of Otto Wittman the TMA built up a formidably distinguished collection of European and especially northern European paintings. In acknowledgement of the central role of the Libbey bequest the TMA has recently opened a glass pavilion containing its encyclopedic collection of world glass. Also not to be missed is its Frank Gehry designed educational wing. 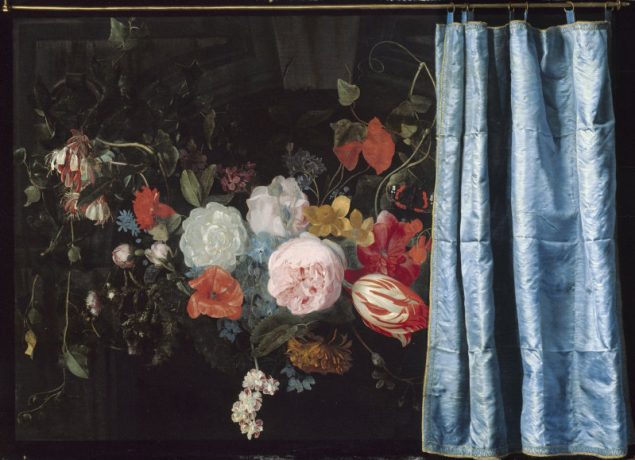 We depart Toledo in the afternoon to enable us to make a stop at Oberlin to visit the Allen Memorial Art Museum, the jewel of Oberlin College. Its collection bears the stamp of the great connoisseur, Wolfgang Stechow whose contributions to our field are legendary. Not only will we have the chance to view the northern European paintings capped by Terbrugghen’s world famous Saint Sebastian tended by Saint Irene but also to view selected masterworks on paper including Oberlin’s Hercules Seghers print. After drinks offered by the museum and a short stop at the Weltzheimer/Johnson House, designed by architect Frank Lloyd Wright, we journey to Cleveland for our overnight.

Early Wednesday morning we begin our visit to the Cleveland Museum of Art (CMA) first with a special presentation of northern European highlights from the museum’s printroom. One should note that the Cleveland Museum of Art possesses one of the greatest collections of medieval art in the United States capped by its purchase of the Guelph Treasure. Like the TMA, the CMA has benefitted immeasurably from huge bequests. The most notable of these was that of Leonard Hanna whose family made its fortune shipping iron ore on the Great Lakes from Lake Superior to the steel manufacturing cities of Ohio and western Pennsylvania. 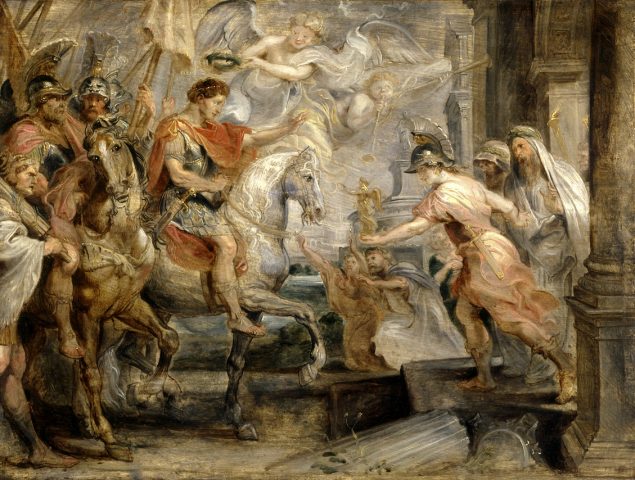 We will depart mid afternoon for Cincinnati with a brief stop in Dayton Ohio. The Dayton Art Institute (DAI) possesses a remarkable group of northern and Italian Baroque paintings virtually all of which were purchased by its prescient director, Thomas C. Colt (director from 1957-1975) following World War II when large-scale Baroque paintings were not yet in vogue. The DIA possesses what is a monumental life-size, full-length Portrait of a Young Man in exotic, luxurious attire by Ferdinand Bol, arguably this artist’s masterpiece. This remarkable work is in truly good company with excellent Utrecht Caravaggisti plus two paintings by Rubens and a large altarpiece by Jordaens.

On Thursday October 15th we will first visit the Taft Museum—the “Little Frick Collection of the Midwest”. Mr. and Mrs. Charles Phelps Taft assembled a remarkable collection of Dutch old masters, British grand manner portraits, and a substantial collection of Barbizon and Barbizon related paintings including a fine roster of Hague School material. The Tafts also assembled a world class collection of French Renaissance Limoges enamels. Within this urban villa setting are three portraits by Frans Hals and Rembrandt’s Portrait of a Young Man, one of his finest early Amsterdam portraits. Following our visit to the Taft Museum we will then proceed to the Cincinnati Art Museum (CAM) in Eden Park high on the bluffs overlooking the mighty Ohio River. Certainly you will have the special opportunity to view master prints from the Herbert Greer French Collection including superb Rembrandt landscape and portrait prints plus French’s two celebrated Hercules Seghers prints. Late Thursday afternoon we depart for Indianapolis for our penultimate overnight. 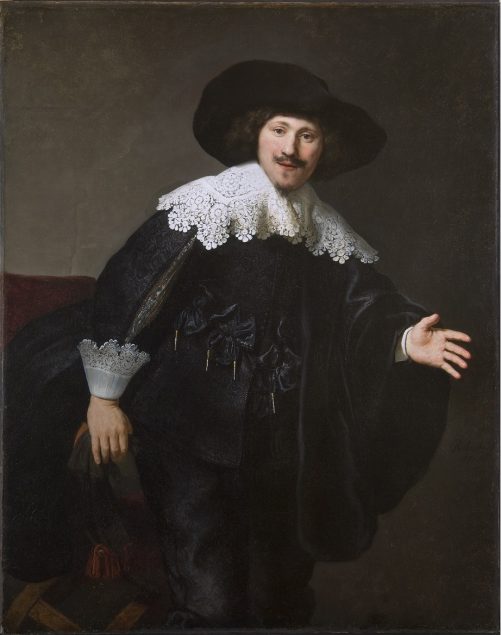 Promptly on Friday morning we visit the Indianapolis Museum of Art (IMA) built on the grounds of the J. K. Lilly Jr. estate. The surrounding parkland, comprised of about 120 acres, provides a magnificent backdrop to the museum and includes a sculpture garden. The IMA’s European paintings collection consists of two components—the general museum collection plus a separate installation of the Clowes Collection. Dr. George Henry Alexander Clowes was director of research at the Eli Lilly Pharmaceutical Company. He and his wife assembled a motley collection of old master paintings with great emphasis on 16th and 17th northern pictures including Rubens’ oil sketch, The Triumphal Entry of Constantine into Rome, Cranach’s Crucifixion, and an early Self-Portrait by Rembrandt.

We will depart Indianapolis mid afternoon for the last leg of our journey to Chicago. For those of you who can add extra time to your itinerary the art museums of Chicago are a rich offering led by the Art Institute of Chicago (part of our optional program on Saturday morning), the Oriental Institute of the University of Chicago, the Museum of Contemporary Art and the Loyola University Museum of Art. The city also offers a range of fascinating architectural tours highlighting the masterpieces of Louis Sullivan, Adler and Frank Lloyd Wright.