The man after whom the museum at the tip of Berlin’s Museum Island is named, Wilhelm von Bode (1845–1929), spent nearly fifty years working for the Royal Prussian Museums. He joined the sculpture department as an assistant in 1872 and rose through the ranks to become Director General in 1905, a position he held until 1920. From Chicago to St. Petersburg his name was synonymous with the Berlin museums: he worked relentlessly to enhance them by acquiring works of art, opening new areas of collecting, and developing a novel presentation concept that combined objects in various media. He added two buildings to the Museum Island: the Kaiser Friedrich Museum, now the Bode-Museum, which opened in 1904, and the Pergamon Museum, completed in 1930, one year after his death.
The art historian Friedrich Winkler wrote of Bode that “outside Germany his achievements influenced first and foremost American museums.” Bode’s complex relationship with the United States cannot be reduced to a single denominator. The lecture will address several aspects of this mutual give and take: Bode’s contact with American collectors, his contribution to Kaiser Wilhelm II’s cultural ambitions in the United States, and the gradual adoption of Bode’s method of presentation in American museums. 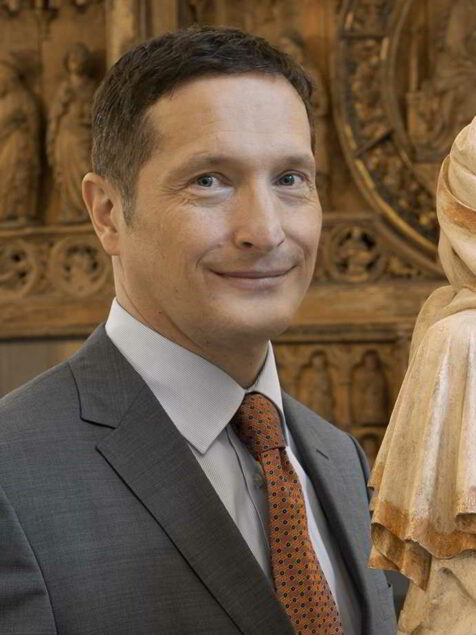 Julien Chapuis has served as Deputy Director of the Bode-Museum, Berlin, since 2008. He studied art history at the universities of Groningen and Indiana, writing his PhD thesis on the Cologne painter Stefan Lochner. From 1997 to 2007 he was Curator of Medieval Art at the Metropolitan Museum, New York, during which time he organized an exhibition on the German sculptor Tilman Riemenschneider. In Berlin, he curated the exhibitions The Lost Museum: The Berlin Painting and Sculpture Collections 70 years after World War II (2015) and Beyond Compare: Art from Africa at the Bode-Museum (2017).

Julien Chapuis has been a member of CODART since 2013.