The program, list of participants, network document, and congress folder are available for download. Video recordings of the lectures of Monday 3 June, the slides of the CODART Slide Show, and abstracts from the Speakers’ Corner on Tuesday 4 June are available through the menu.

Beyond Walls – The Digital Extension of the Städel Museum in Frankfurt, Germany
Chantal Eschenfelder, Head of Education and Digital Collection, Städel Museum, Frankfurt
Proceed to lecture >>

No Exhibitions, No Visitors, No Money: The Effect on the Curator’s Role
Micha Leeflang, Curator of Medieval Art, Museum Catharijneconvent
Proceed to statement >> 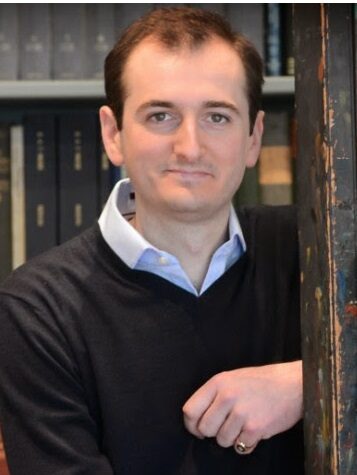 The Monday lectures and statements were chaired by Bendor Grosvenor, art historian, writer, TV presenter. Grosvenor has a degree in English history and a PhD on The Politics of Foreign Policy: Lord Derby and the Eastern Crisis, 1875-8. He started his career in politics, as adviser to several members of parliament in the UK. He then switched careers, and from 2005 until 2014 Grosvenor worked in the London art trade. He now has his own company, specializing in establishing the authenticity of paintings by Old Masters. Additionally, Grosvenor is a member of the Lord Chancellor’s Advisory Council on National Records and Archives, and of the Lord Chancellor’s Forum for Historical Manuscripts and Academic Research.

Grosvenor often can be seen on British television shows. From 2011 until 2016, he appeared in the BBC1 series Fake or Fortune, the BBC’s highest-rated fine art program. As of 2017, he presents the BBC4 series Britain’s Lost Masterpieces with art historian Jacky Klein.