The Rijksmuseum Twenthe has owned a fragment of a copy of Hans Memling’s famous Crabbe Triptych since 1957. It depicts Anne and Mary with a landscape in the background. It is painted in tempera and oil paint on panel and measures 40.7 x 30.5 cm. The figure of Mary in particular is severely cut off. The little painting is said to come from the workshop of Hans Memling. In the book Autour de la Madeleine Renders. Un aspect de l’histoire des collections, de la restauration et de la contrefaçon en Belgique dans la première moitié du XXe siècle (ed. Dominique Vanwijnsberghe) published in 2008, however, the painting is catalogued under number 52 as a pastiche after Hans Memling by the Belgian restorer Joseph Van der Veken (1872-1964). A craftsman with a great reputation, he was responsible for the collections of the Belgian royal museums, among others. Since the exhibition Fake or not fake: het verhaal van de restauratie van de Vlaamse Primitieven (2004-05) in the Groeningemuseum in Bruges, it has become clear that Van der Veken sometimes went much further than restoring Flemish Primitives and even painted copies and blatant forgeries. Is this so-called contemporary “copy after Memling” another Van der Veken? Using this as a case study, Till Borchert will discuss the role of Van der Veken, works of art that could be considered forgeries by Van der Veken, other possible “Van der Veken surprises” in the future, and the responsibilities (or lack thereof) of the restorer. The market table will take place in the gallery in front of the Anne and Mary. 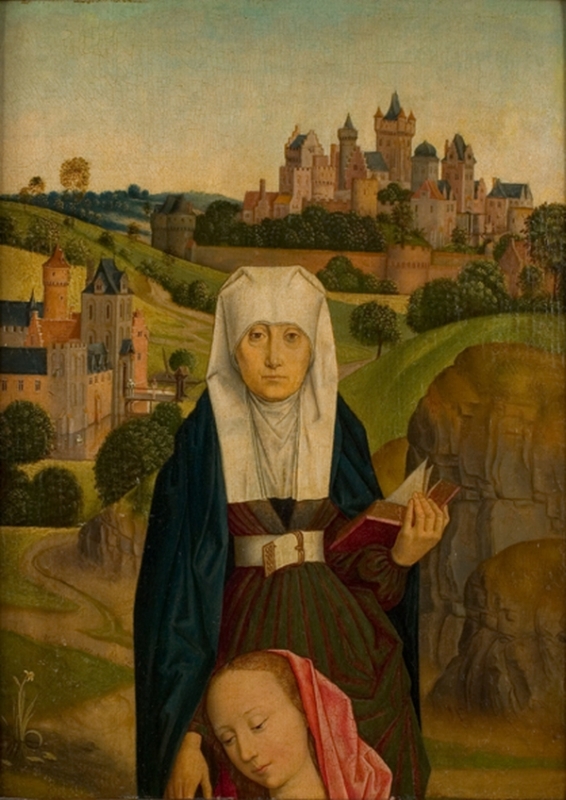 Till-Holger Borchert has been senior curator of the Groeningemuseum and Arentshuis, Musea Brugge, since 2003. He has curated several major exhibitions, including: Fake or not fake (…) (2004), Memling and the portrait (2005), and more recently Charles the Bold. Burgundy in its glory and decline (2008). His latest curatorial project, Van Eyck to Dürer. The Flemish Primitives and the East 1430-1530 opened in Bruges in October 2010. He has authored numerous publications on the Flemish Primitives.