During the last decade the North Carolina Museum of Art has drawn from its collections to organize monographic exhibitions devoted to painters as diverse as Jan Miense Molenaer and Claude Monet. As one might expect, the Monet exhibition drew more than ten times the number of visitors and far more dollars than the one devoted to Molenaer. With the revenues generated from “blockbuster” exhibitions needed more than ever in light of the current economic climate, how might one approach a show built around the Allegorical portrait of an artist in her studio by Michiel van Musscher? The painting, good as it is, falls into the “twilight” category within our Dutch collection, thus making it difficult to garner support for even a small focus exhibition.

This Market table will examine how one might incorporate such a painting into an exhibition with blockbuster potential, but one still driven by strong scholarship – two approaches not always compatible with each other. Could the Van Musscher serve as a focal point in a larger exhibition devoted to exploring the creative process in 17th-century Dutch painting? As a counterpoint to more “realistic” views of painters in their studios, such works raise intriguing questions regarding our understanding of the creative process in the Dutch Golden Age. To answer these questions, what other images, artifacts, scientific instruments, books, etc., are required to illustrate the creative process? Equally important, would the general public be interested in such a show, and how could it be marketed? 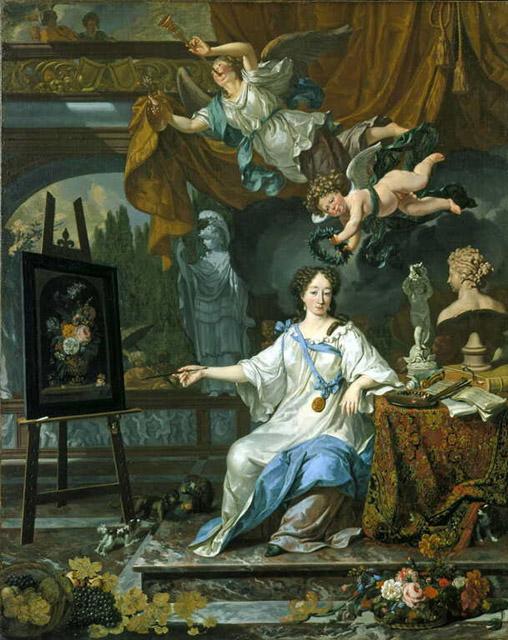 Curator of Northern European art at the North Carolina Museum of Art (NCMA) since 1995, Dennis P. Weller also serves as an adjunct professor of art history at the University of North Carolina, Chapel Hill. He received his Ph.D. from the University of Maryland in 1992, writing his thesis on Jan Miense Molenaer. Weller has lectured and written extensively on Dutch and Flemish art, with recent articles and reviews appearing in Apollo, Master Drawings, and The Burlington Magazine. His scholarly catalogue of the NCMA’s collection of 17th-century Dutch and Flemish paintings appeared in 2009. Exhibitions he has curated include Sinners and saints, darkness and light; Caravaggio and his Dutch and Flemish followers; Like father, like son: paintings by Frans Hals and Jan Hals; and Jan Miense Molenaer: painter of the Dutch Golden Age. He is currently working on a show devoted to Rembrandt paintings in America, which opens in Raleigh in late 2011, before traveling to Cleveland and Minneapolis.