1. In-depth visit to the Rijksmuseum Amsterdam with Pieter Roelofs and Femke Diercks

Curator of 17th-century Dutch painting in the Rijksmuseum, Pieter Roelofs and junior curator of glass and ceramics Femke Diercks lead participants through the highlights of 17th century painting, discussing issues of conservation, restoration and presentation.

2. Visit to the conservation department of the Rijksmuseum Amsterdam with Michel van de Laar

Restoration, conservation, scientific practice and research are all aspects of the tasks of the conservation department of the Rijksmuseum. Michel van de Laar, senior conservator of paintings, gives a tour of the department. Focus will be the restoration of the large Group portrait of Michiel de Ruyter and his family by Juriaen Jacobsz (1662) which involves fundamental questions on presentation and conservation. Gwen Tauber, conservator of paintings, Luciana Akerlund, junior conservator, and Jeroen van der Vliet, curator of the maritime collection, will join the discussion. 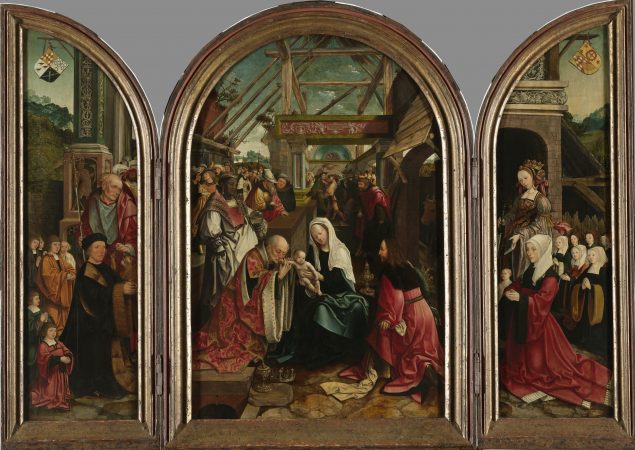 Jacob Cornelisz van Oostsanen (c. 1470-1533) is the earliest Amsterdam artist known by name. The quality of his work is comparable to that of his contemporaries Albrecht Dürer and Lucas van Leyden. His many-sided oeuvre is being presented in the spring of 2014 in Alkmaar and Amsterdam, where it originated. The exhibition of his work runs from 15 March to 29 June 2014 at the Amsterdam Museum, the Alkmaar City Museum and Alkmaar’s Great or St Lawrence Church.

In the sixteenth century, Jacob Cornelisz van Oostsanen was a celebrated artist and master in the broadest sense of the word. His Amsterdam studio in Kalverstraat grew into a productive workshop with clients from Holland and abroad. This means that Jacob can be counted among the great sixteenth-century Northern Netherlandish masters who laid the basis for the flourishing of Dutch painting in the following century. The stunning detail and high quality of his paintings and designs contribute to the fascination exerted by his oeuvre.

The exhibition is conceived as a triptych:
1. Stedelijk Museum Alkmaar presents a large overview of the life and work of this Dutch master by exhibiting numerous paintings, woodcuts, drawings, stained-glass windows and embroidered liturgical vestments.
2. The Amsterdam Museum places the artist in the context of his time: a small city full of convents and monasteries, with a rising middle class that was becoming a power to be reckoned with.
3. At Alkmaar’s Great or St Lawrence Church visitors may admire The Last Judgment, a monumental ceiling painting.

The excursion will take you to the venues in Alkmaar. You will be welcomed by the museum’s director, Lidewij de Koekkoek. Guest curator Daantje Meuwissen will give an introductory talk, after which you may view the exhibition at your leisure.

The Scheepvaartmuseum is the second largest maritime museum in the world with a collection of approximately one million objects. The museum, which will celebrate its centennial in 2016, has been located since 1972 in ‘s Lands Zeemagazijn, a building completely surrounded by water at the Oosterdok in Amsterdam. This monumental building from the mid-seventeenth century was originally built as a storehouse for the equipment of the war fleet of the Amsterdam Admiralty. The architect was Daniël Stalpaert, who was responsible for the realization of Jacob van Campen’s design for the Royal Palace on Dam Square. Until 1968 the Zeemagazijn was used by the Royal Navy for the storage of clothes and food.

In 2011 the museum reopened after a major restoration of the building that included the refurbishment of everything from the catacombs to the attic. There are now thirteen semi-permanent exhibitions, a new library and a virtual sea voyage. Docked next to the museum are the steamship Christiaan Brunings and a replica of the East Indiaman Amsterdam. Covering the museum’s courtyard is a self-supporting roof thirty-four meters square, which was made to a design inspired by the compass lines of old nautical charts and is unique in the Netherlands.

One of the thirteen exhibitions is devoted to marine paintings and offers a chronological overview of Dutch marine painting over a period of four centuries. It illustrates the rich tradition of this subject in the Netherlands and highlights important pieces in the museum’s collection. 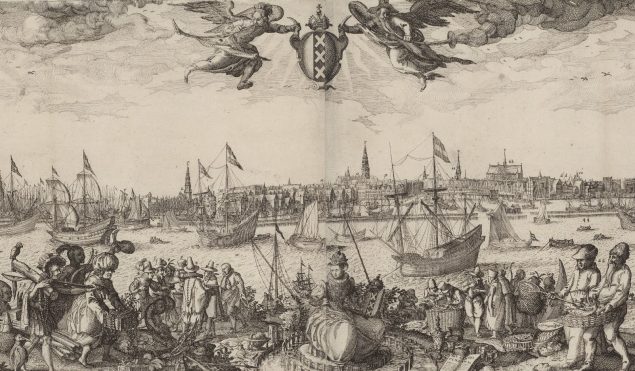 5. The Rembrandt House Museum with Peter Schatborn on his exhibition on attributions of drawings by Rembrandt and the Rembrandt school

The exhibition Old Drawings – New Names presents seventeenth-century Dutch drawings which were long considered anonymous or were assigned to the wrong artist. These drawings were all re-attributed during my time at the Rijksmuseum (1968-2001) or when I was working for the Fondation Custodia (Frits Lugt Collection) in Paris (2002-2010). Both institutions commissioned me to write the catalogue of their drawings by Rembrandt and his followers; several other drawings, unknown until a short while ago, have also recently been attributed either to Rembrandt or to one of his pupils. The largest part of the exhibition is devoted to five drawings by Rembrandt and nearly forty drawings by his pupils. The other sheets are figure studies and landscapes from various periods of the seventeenth century. The largest lenders are the Rijksmuseum and the Fondation Custodia, but there are also works on loan from Rotterdam, Haarlem, Berlin, Paris (Louvre), London (British Museum), Edinburgh, Chatsworth and private collections.

The new attributions will be compared – both in the catalogue and in the museum display – with reproductions of other work, in order to justify my attributions. The catalogue contains a short introduction on the practice of attribution and its history. By mounting this exhibition, we hope to explain how a drawing can be incorrectly attributed and how justice may be done by ascertaining the name of its true maker. In many cases the conclusion is not hard and fast proof, but rather a very probable and convincing assumption, which may well be borne out by further research.

6. Visit to the Special Collections of the University of Amsterdam with Steph Scholten

From medieval manuscripts, Blaeu atlases and manuscripts by Hooft and Multatuli to wall charts, font designs, cookery books, cartoons and Arnon Grunberg’s archive, the Special Collections contain the material heritage of the University of Amsterdam.
There are over a thousand sub-collections, comprising rare and valuable books, manuscripts, prints, photographs and much, much more. With internationally renowned collections in fields including the history of books, Jewish culture, church history, cartography, literature, graphic design and zoology, this is one of the largest heritage libraries in Europe.

During the visit you will get a tour through the buildings at the Oude Turfmarkt, which reopened in 2007 after a thorough renovation. The complex is now a tasteful blend of 5 centuries of history and 21st century architecture. Highlights from the collections will be taken from the stacks and shown in an intimate setting to the participants. Some behind the scenes facilities will be opened especially for you.

Steph Scholten is director of Heritage Collections at the University of Amsterdam.