After nearly three decades, Lawrence W. Nichols, the William Hutton Senior Curator, European and American Painting and Sculpture before 1900 at the Toledo Museum of Art, will retire this month.  In honor of his achievements, he has been named as the museum’s first curator emeritus. Nichols has been a dedicated CODART member since its founding in 1998. To celebrate this special moment, I had the wonderful opportunity to interview Larry and talk about his career, the TMA, the curatorial field, and his involvement with CODART.

Lawrence W. Nichols joined the Toledo Museum of Art in 1992 and has since then organized and co-organized 25 special exhibitions and published numerous scholarly articles, reviews, and exhibition catalogues. Among the many exhibitions on Dutch and Flemish art that Nichols (co-)curated are Hendrick Goltzius – Prints, Drawings, and Paintings (2003) and Rembrandt: What Was He Thinking? (2006). During his 28-year career at the TMA, Nichols oversaw the acquisition of more than 60 works of art. He has contributed significantly to the field of Dutch and Flemish art through publications and articles, including the definitive monograph and catalogue raisonné of Hendrick Goltzius’s paintings (2013).

To retire in the midst of a pandemic, that is probably not how you imagined it to be. How are you feeling about leaving the museum in such turbulent times?

We’ve been open to the public since June 2020. So the turbulent times regarding our visitorship were really just a few months. I was at TEFAF Maastricht in March 2020 when everything closed down. I flew back to Toledo and two days later nearly the whole world was in lockdown. It’s been unusual, to say the least, it’s been less efficient getting work done. For the first two or three months, I was working mostly at home, but in our part of the country we were able to return to the building safely by June last year. The announcement of my retirement had absolutely nothing to do with the pandemic. It was merely a function of the recognition that it is time personally. 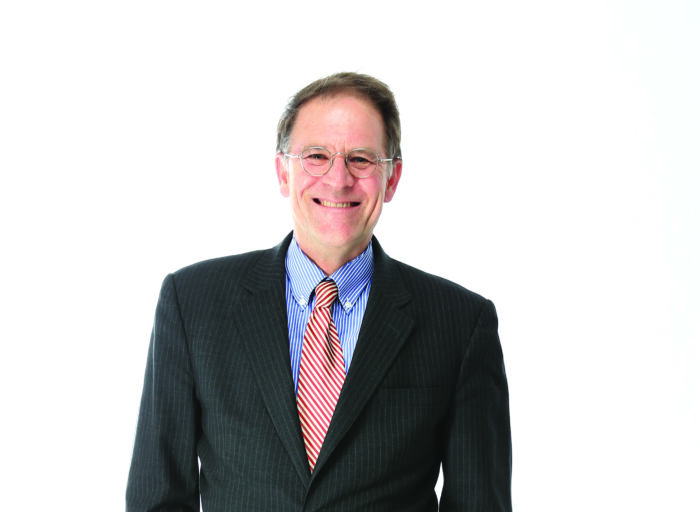 You’ve worked at the TMA for nearly three decades. What are the most significant changes the museum has gone through and what was your part in these alterations?

The most significant changes probably have surfaced in the last five to ten years or so, with a greater emphasis on collecting global art. It really started with our former director, Brian Kennedy. One of the first things he did was get a map and point out that we have art from Europe and North America, but very little from anywhere else.  So of recent, we have been acquiring works by artists from South America, Africa, Australia, and Asia, while maintaining our attention on Europe and North America.  In the last year, an additional emphasis has been on reaching out to our local and regional communities. Since our founding in 1901, the TMA has had free admission – you can’t get more egalitarian than that, since anybody can come in our door. But the doorway I’m looking at out of my window has seven or eight steps to it, and it has fourteen iconic columns in front of it. We therefore need to manifest that this museum is for everybody, by inviting people to venture inside our structures. So things are changing for the better.

During your time at TMA you’ve made around 60 acquisitions for the museum, and in doing so you’ve shaped the museum’s collection. Do you feel you have completed your task?

The standard question that art dealers ask is: ‘What are you looking for?’ And my answer is: ‘The best that you have’. Quality is what our institution pursues. I always say to myself, would this hang in the Louvre? Is it as good as the artist produced? – that is what we aim for. And most of the time that is what we succeed in achieving. But I also wanted to broaden what we were offering our visitors. By design, not strictly by accident, the first painting I had the museum purchase was a painting by the Danish artist Christen Schiellerup Købke. So my point is that we weren’t just looking for big names, but also some lesser-known names that were remarkable in the galleries all the same. For example, in 2015 we acquired a still-life by Antoine Berjon, a Lyonnaise painter active in the first decades of the nineteenth century. It’s a memorable painting. 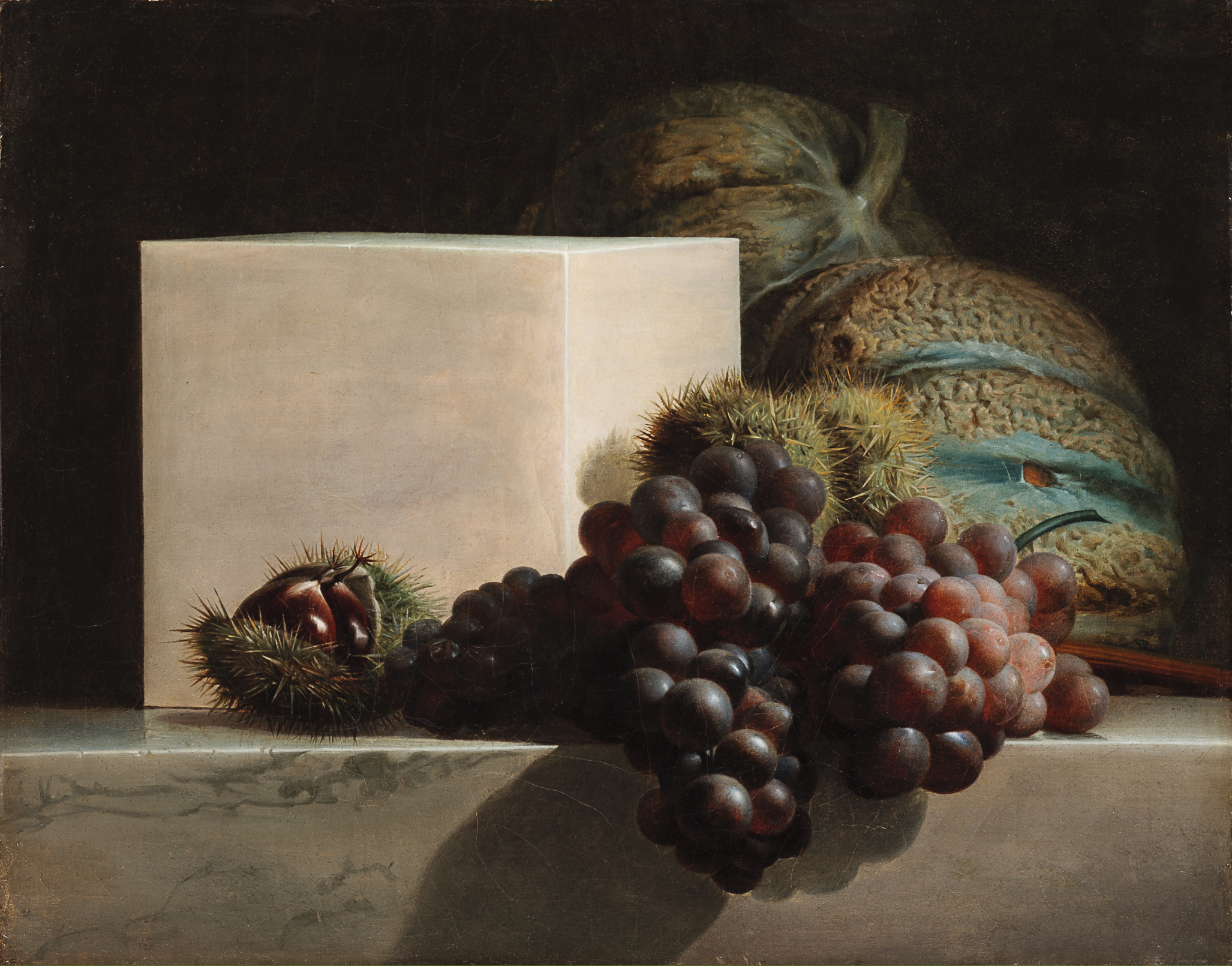 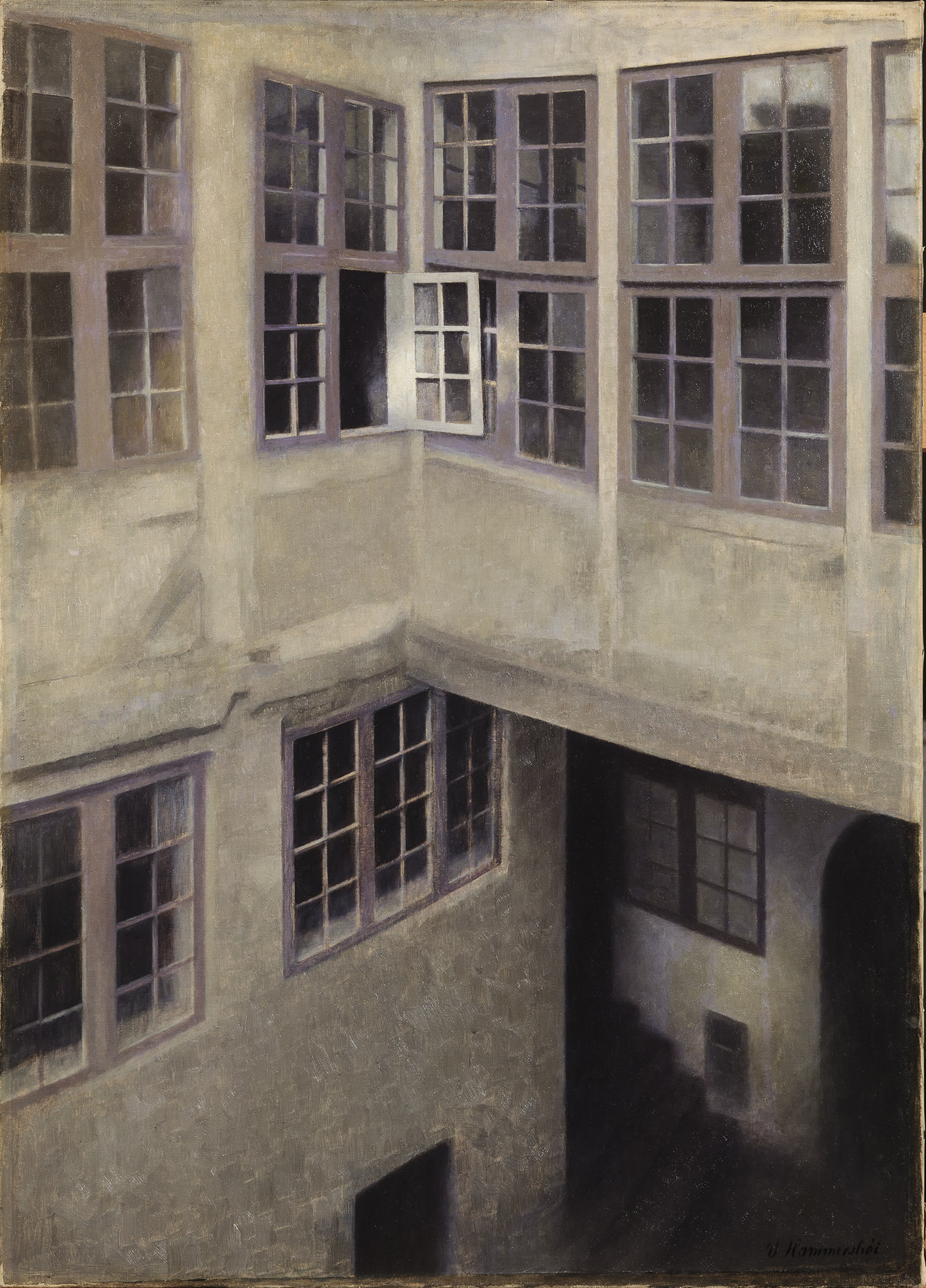 On a more personal level, what is your favorite acquisition?

Without Ceres and Bacchus Venus Would Freeze by Hendrick Goltzius, the astounding pen-painting that the Philadelphia Museum of Art purchased in 1991, where I worked previously. It truly is an utterly uncanny creation.  At Toledo, wow, there have been many – the Hammershøi acquired already in 2000, the pair of Chardin genre scenes that we bought in 2006, and the Hals family portrait we acquired in 2011 that led to our exhibition in 2018 having all his family portraits. I remember a wonderful conversation I had with Seymour Slive about the Hals when we were considering the painting. I said to him: “This is not an inexpensive painting. You know and I know, it’s actually a fragment. Do I recommend a fragment?” He fired back at me: “You absolutely do, you’re not getting one Frans Hals, you’re getting eight!” meaning the eight figures by Hals in our canvas. That’s a very satisfying painting to see. It augments the Rembrandts and the strong Dutch holdings we have at the TMA. If I were to quantify my time working here, seemingly half of my days are devoted to monitoring the art market and thinking about acquisitions. I’m known by the dealers for my notebooks. I have a practice of writing everything down, and I can reference things. Some dealers kid me that they have to inquire of me what they were asking for a painting years ago. 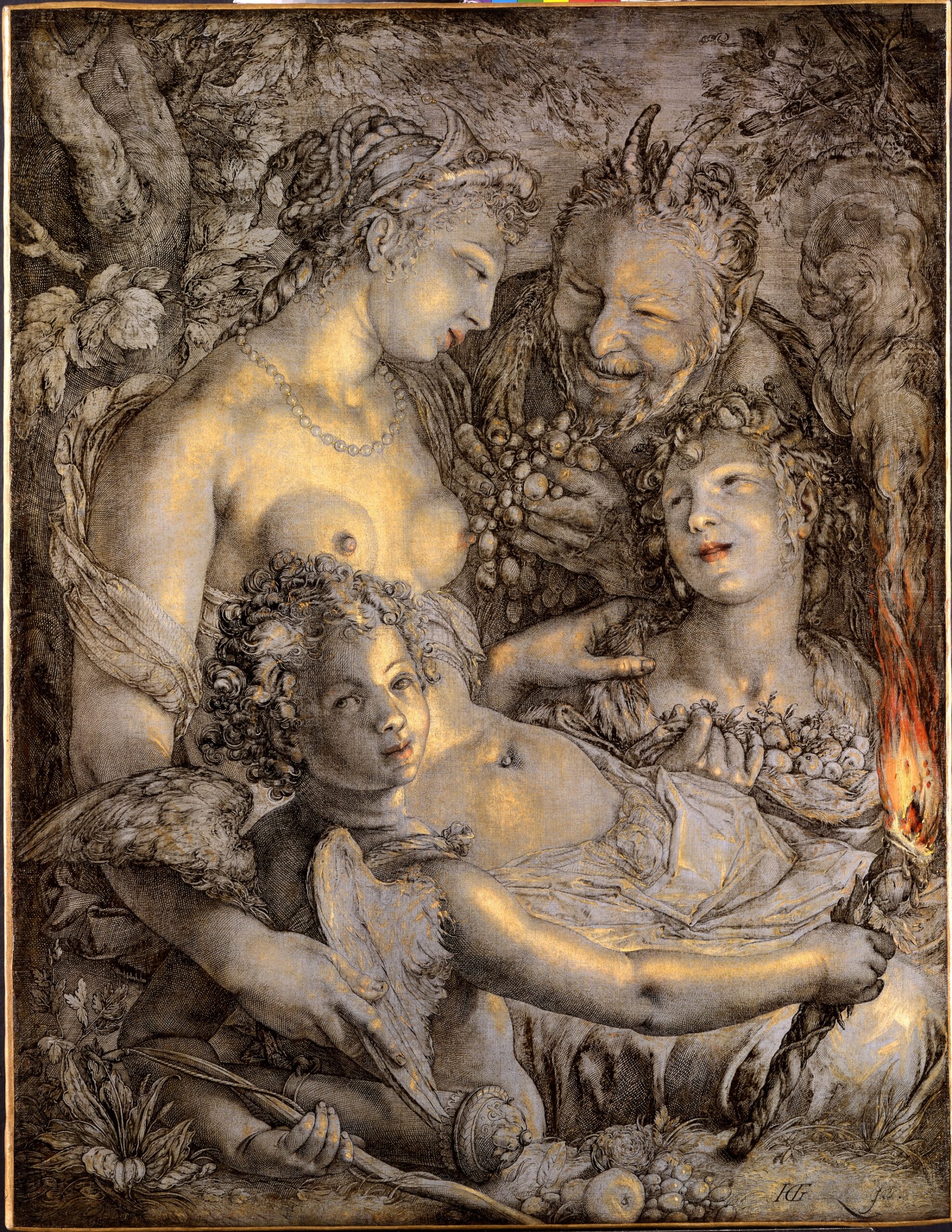 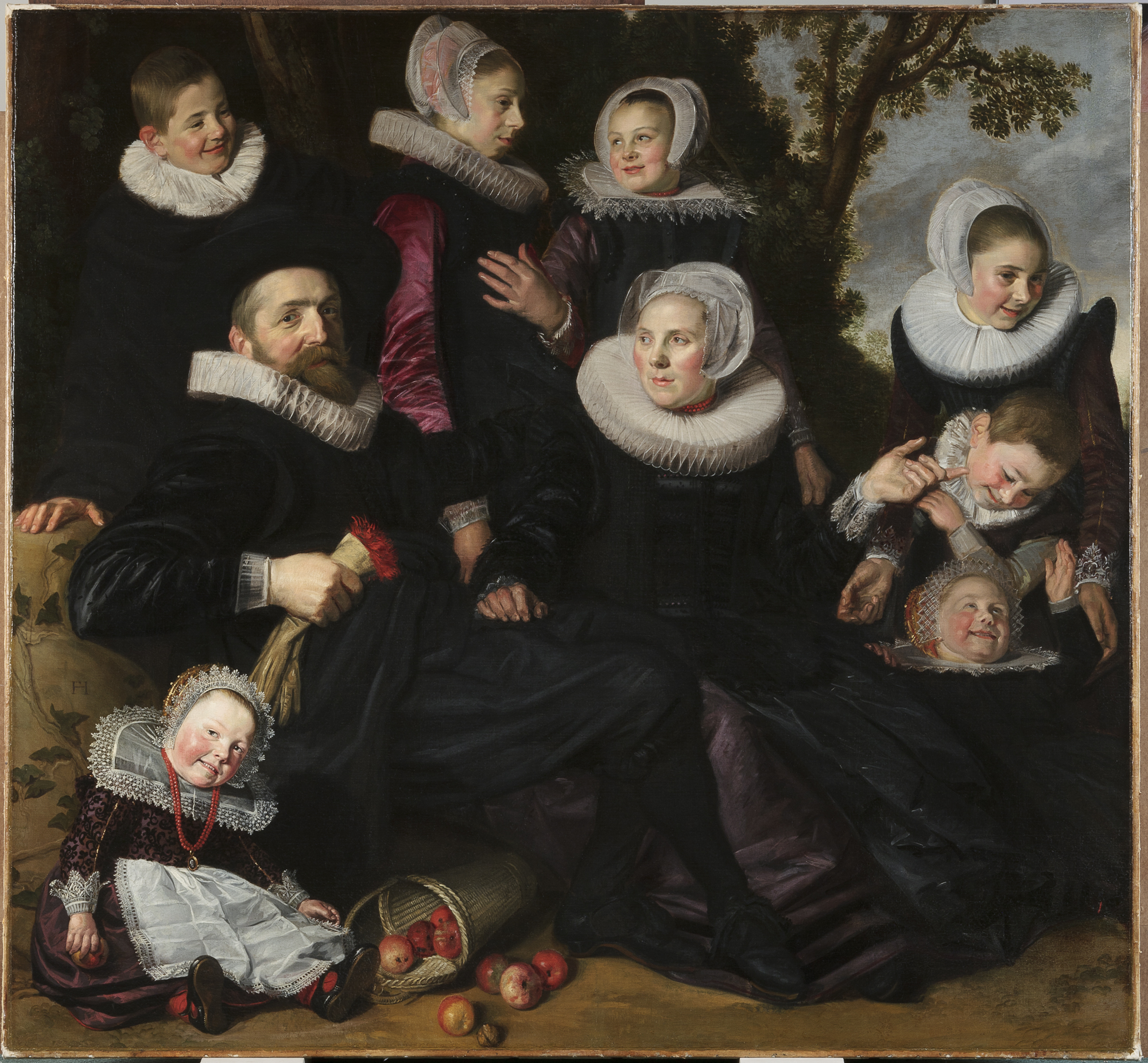 What kind of experiences shaped your vision for the TMA?

An experience that shaped my curatorial activity here in Toledo was living in Utrecht for two-and-half years (between 1983 and 1985). I was doing dissertation research at the institute for art history at Utrecht University, working with professor E. K. J. Reznicek. Living in Holland facilitated the preparation of my Goltzius paintings catalogue.  During those years it was very purposeful to see collections of countless museums, from Northern Italy to Stockholm.  I would add that I first came to the Netherlands as a teenager with my parents. I walked around Delft, visited the Rijksmuseum, the Mauritshuis and to be sure, also Madurodam.  In Paris, I remember my mother saying: “Larry it’s time to leave the Louvre now.”  I have adored studying history, but I channel doing so through the paintbrush.

Speaking about fulfillment, how do you look back on your career? What is your biggest achievement? Is there a favorite moment?

Gallery tours for the general public. I don’t care if there are three or fifty people on the tour. I enjoy talking about art in front of the art. And that’s why I chose not to go into academics. I wanted to work with the real thing, not a reproduction of the real thing. Anne D’Harnoncourt, the former director of the Philadelphia Museum, taught me that one of the most important things about being a curator is to be the catalyst for igniting the spark – engendering that spark between a work of art and a thinking human being. If I can have people standing in front of Mattia Preti’s The Feast of Herod in our collection – an image in which the head of John the Baptist is “served”, as it were – grasp that Herod is rendered in the act of realizing that he is responsible for the murder of an innocent individual, and get them, the viewers, to start thinking about right and wrong in their own lives, or in the world, that’s a moment I’m proud of.  My goal: to get folk to respond to a work of art.

As a young curator, I find it challenging to create a balance between working as an allrounder and also developing expertise as a scholar. What would be your ultimate advice for young curators in the field?

Know something about everything, and everything about something. Be a specialist, but also be able to have an informed, or at least an interest in a breadth of territories within the field. My advice is: follow your passion, pursue what you love, but try to know a good deal about everything else.  I was trained in the skills of museum curating by Joseph Rishel, former curator at the Philadelphia Museum of Art. Prior to that I worked with John Walsh and Scott Schaefer at the Museum of Fine Arts, Boston. Professor Frank Robinson inspired me to pursue a career in art history, the study of which was furthered by professors Anne Lowenthal and Egbert Haverkamp Begemann.  So I’ve been quite fortunate to have had some great teachers along the way.

You have been a very active and dedicated CODART member since the very beginning in 1998. How do you feel CODART has enriched your work as a curator?

I remember sitting in the first meeting, convened by Gary Schwartz, in The Hague. As I recollect, there were about ten of us. And then CODART grew, and the organization has kept on growing. CODART has broadened my contact with curators around the globe, predominantly in Europe. I hope the electronic contact that we now all have, like the annual meeting taking place online this year, doesn’t replace visiting each other’s museums and having direct contact with the art we are fortunate to be curators of.

In 2008, at CODART ELF, in celebration of our 10-year anniversary, you gave a keynote making six observations on CODART and its future. One of your observations addressed the importance of increasing the involvement of North American curators. What is your point of view on this nowadays and why do you deem it so important?

Very few museums in America have a curator of exclusively Dutch and Flemish Art. So I was trying to convey to my fellow CODART members that we need to entice American curators of European Art to see that there is something in it for them and for their museum in being a CODART member. I still regard this as important. And as Gary has been doing since the start, actively reaching out to curators who aren’t members yet – CODART has to continue to do so. I hope to stay active as well – I just renewed my CODART membership.

In honor of your work for the museum, you have been named the first Curator Emeritus of the Toledo Museum of Art. Does this mean you will stay involved with the museum, and how are you going to fill in this role?

The title is an honorary recognition of my contribution to the TMA over the years. I will stay involved with the museum – for example, I’m organizing a Caravaggio focus show for our museum that will open in early 2024. And I want to do some writing on some of the acquisitions the museum made in the past years.  Perhaps a few lectures as well.  But the museum will be hiring a successor, and I’m going to say to the person “Hello, I’m still living in the area and will help you as much as I can…when you ask me.” I won’t be stepping on the person’s toes. And the opportunities of retirement loom large; this coming October my wife and I will be walking from Lucca to Rome. Our children and grandchild will be seeing more of me, too. Can’t wait.

Julia van Marissing works for CODART as a Project Associate and is also Assistant Curator at Museum Prinsenhof in Delft.

Lawrence W. Nichols is Curator Emeritus at the Toledo Museum of Art. He has been a CODART member since 1998.