Over the past few years, the Mauritshuis has undergone a transformative process with regard to the person after whom it is named: Johan Maurits of Nassau Siegen (1604–1679). Johan Maurits, who commissioned the Mauritshuis, played a key role in the transatlantic slave trade as governor-general of Dutch Brazil. The Mauritshuis explored his history from a multitude of perspectives in the exhibition Shifting Image: In Search of Johan Maurits (2019) and launched the international research project Revisiting Dutch Brazil and Johan Maurits. But in what ways has the relatively new focus on colonial history in connection with Johan Maurits impacted the museum’s permanent collection? And could this change of perspective even result in a shift in the “canon” of masterpieces at the Mauritshuis? 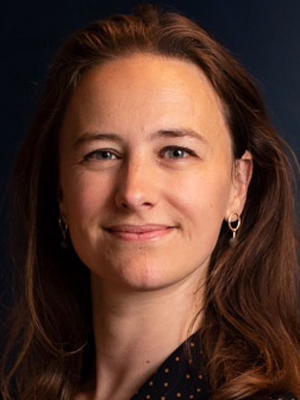 Lea van der Vinde is an art historian, specialized in Dutch painting of the seventeenth and eighteenth centuries. She is a curator at the Mauritshuis in The Hague, where she was responsible for exhibitions including The Frick Collection: Art Treasures from New York (2014), Shifting Image: In Search of Johan Maurits (2019), George Stubbs: The Man, the Horse, the Obsession and Alone with Vermeer: ‘The most beautiful painting in the world’ (both in 2020).