The art collection of the city of Amsterdam can be admired in several places around the city. The Rijksmuseum, the Stedelijk Museum, the Amsterdam Museum, Amsterdam City Archives, and the Willet Holthuysen Museum are the best-known repositories of a gigantic collection of paintings, drawings, prints, textiles, sculptures and decorative arts, not to mention a wealth of historical objects.

This lecture will deal with the origins of this remarkable municipal collection, the main emphasis being on Old Masters paintings. The nucleus of this collection consists of a very large number of group portraits – more than a hundred in total − related to the civic guard, the guilds, and the city’s care and penal institutions. This was effectively where the collection-forming began. The best-known of these paintings is Rembrandt’s Night Watch. The paintings were preserved and exhibited in numerous places over the years before they reached their final destinations in museums.

Special attention will be paid to the city of Amsterdam’s contribution to the new Rijksmuseum in 1885, and the redistribution of the municipal collection prior to the establishment of the Amsterdam Historical Museum (Amsterdam Museum since 2011) in the former municipal orphanage in 1975. Finally, there will be a discussion of the current partnership with new partners in the museum world. The primary objective pursued in the current developments is to present a larger proportion of the city’s collection to the public, and to do so in an attractive, historical context. 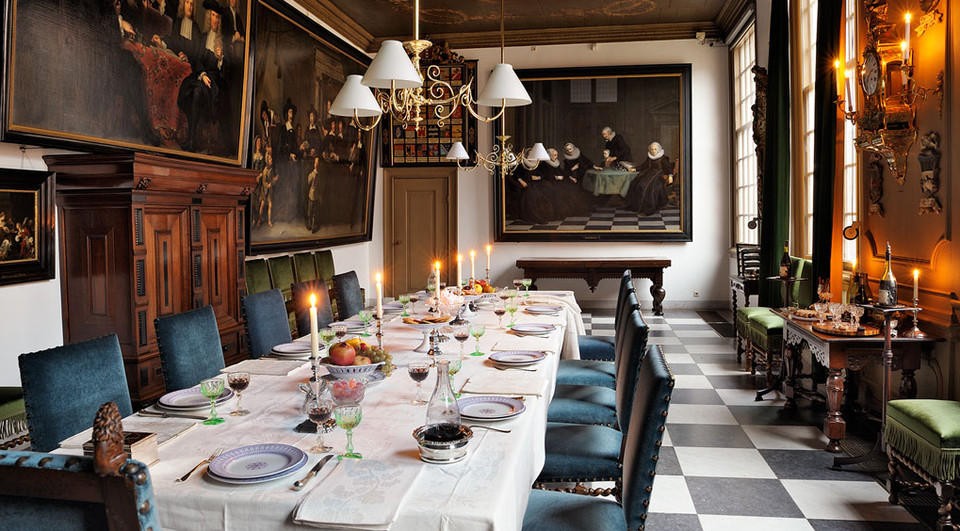 Since 1997 Norbert Middelkoop has been Curator of Paintings, Prints and Drawings at the Amsterdam Historical Museum, now the Amsterdam Museum. He has curated a number of exhibitions, including a show on Amsterdam portraiture between 1600 and 1800 (2002), and has contributed to many exhibition catalogues. He has also published a number of articles on art-historical topics related to Amsterdam. His research fields include Amsterdam portraiture, Dutch cityscapes, and the history of the city of Amsterdam’s collection of Old Master paintings.

In 2008-2009 Middelkoop published the collection catalogue of paintings until 1800 – which includes many paintings on loan from the city to the Rijksmuseum – and curated a large exhibition on the city’s Old Masters collection. He is currently preparing his PhD on the same subject.