The collecting of Dutch art in America began around 1800 with wealthy merchants who had some contact with The Netherlands, England or France. The collections of those three countries served as models for the richest collectors in America, but increasingly during the nineteenth century the idea that the Dutch and Americans shared similar values and interests (nature, work, family, individuality, democracy, etc) became a factor for American collectors in general. The purchase of 174 paintings in 1871 that gave the Metropolitan Museum of Art its first collection consisted mostly of Dutch pictures and Flemish works on a small scale and secular in subject. An aversion to Catholic and aristocratic subjects also narrowed the focus of collectors in the United States. From the 1870s until at least the 1930s American prosperity often coincided with harder times in Europe, so that increased supply met great demand. The major collectors of these years were mostly New Yorkers (Altman, Frick, Havemeyer, Huntington, Lehman, Morgan, and others), with a few spectacular exceptions (such as Mellon and Widener). Their preoccupation with masterpieces resulted in the large number of paintings by Rembrandt, Hals, Vermeer, Ruysdael, and Hobbema that can now be seen in New York and Washington. With the exception of the Metropolitan Museum, few public collections in American have the kind of breadth and depth in Dutch art that form the natural terrain around the heights of Rembrandt, Hals, and Vermeer and that are to be found in public collections in Amsterdam, London, and Paris. Creating a more complete picture of Dutch art is thus one of the main priorities of American curators today. 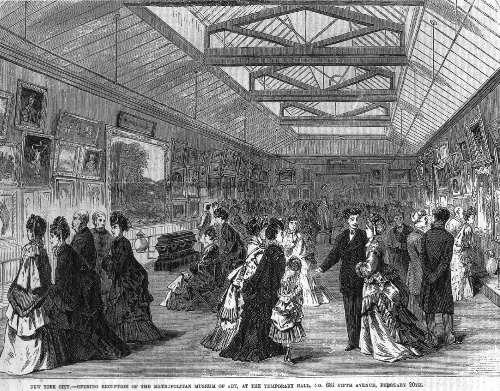 Walter Liedtke (Courtauld Institute PhD, 1974) has since 1980 been curator of Dutch and Flemish paintings at the Metropolitan Museum of Art, where he wrote the standard catalogues of those two collections and organized a dozen exhibitions. He has also written a monograph on Vermeer, two volumes on the arts in Delft, books on architectural painting, equestrian portraiture, and Flemish paintings in America, as well as numerous essays on Rembrandt and his pupils, Rubens, Van Dyck, Velazquez, different genres of Dutch art, and other subjects. He is presently cataloguing the Spanish paintings in the Metropolitan Museum.