Dulwich Picture Gallery London was founded in 1811 and opened as a museum in 1817, in a building designed by the architect Sir John Soane. Of the ca. 660 paintings in Dulwich Picture Gallery, some 220 originate from the Northern or Southern Netherlands.The collection was formed in the 17th century, originally as part of Dulwich College, and consisted primarily of English portraits, but also contained Netherlandish landscapes, still lifes, and a number of history paintings. In 1811 the collection was greatly expanded by the bequest of the painter Sir Francis Bourgeois, consisting of some 370 paintings that still determine the Gallery’s appearance to this day. Works by Rembrandt, Rubens, Van Dyck, Murillo, Watteau, Poussin, and most notably a large number of Italianate and other Dutch landscapes by painters including Cuyp, Wouwerman, Pynacker, Berchem, and Both were in part collected by Bourgeois himself and in part inherited from the art dealer Noel Desenfans.

And this last fact gave Dulwich’s collection its royal side. For King Stanislaus Poniatowski of Poland had commissioned Desenfans to build up a collection for a new national museum in Poland. When the king died, and Poland was partitioned, Desenfans was left with the paintings, which ended up in Dulwich by way of Bourgeois. 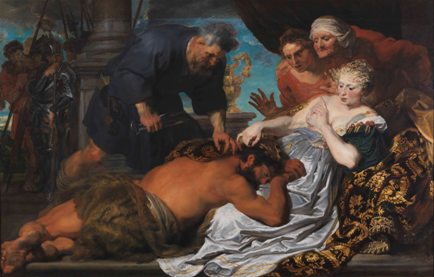 The lecture will focus primarily on the changing appreciation of the Dutch and Flemish paintings in the collection, by those concerned, by the copyists in the Royal Academy, and by the many people who wrote about the gallery, such as John Ruskin. We should bear in mind here that the museum was open earlier (and had a larger collection) than the National Gallery, which did not open until 1824, with just 38 paintings.

Guest curator of Dulwich Picture Gallery. She is collaborating with Michiel Jonker on a catalogue of the collection of Dutch and Flemish paintings in Dulwich Picture Gallery. She is also a visiting researcher at the University of Amsterdam, to which she was attached, before her retirement, as Associate Professor in the field of the Cultural History of Europe. She coordinated the master’s degree courses in Dutch Art in European Context and in Museum Studies.