In 2014 the State Hermitage Museum celebrates its 250th anniversary. So this is a good time to look back on the path it followed from imperial gallery of art to the museum as it exists today.

As many will know, the nucleus of the collection was formed by the 225 paintings that were acquired for Catherine the Great in Berlin, in 1764, for her collection in the Winter Palace. A mere twenty years later, this collection already consisted of 2,500 paintings. This enormous growth was attributable to the specific acquisitions strategy that was pursued. This strategy included buying up not only individual works in the countries of Western Europe, but in some cases entire collections of painting. From the outset, works by Dutch and Flemish Masters occupied a special place. According to the first catalogue (1773−1785), the works exhibited in the Imperial Heritage at that time included almost 100 paintings by Rubens and almost 60 by Rembrandt.

The lecture will look at the way in which the Hermitage’s museum collection has changed over the years as well as highlighting a number of forgotten and unknown facts that have recently been rediscovered. 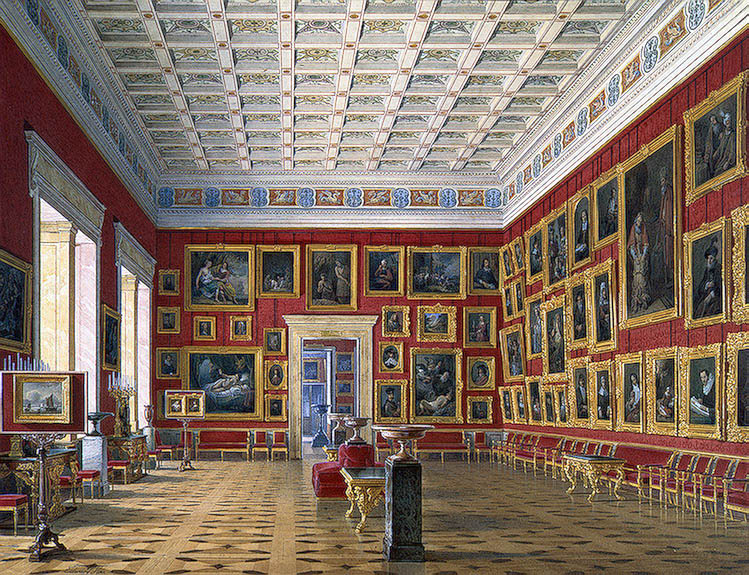 Dr Irina Sokolova is senior curator at the Hermitage Museum in St Petersburg. She has published widely on 17th-century Dutch painting, and her primary field of interest is the provenance of Northern Netherlandish paintings in Russia. Her recent book The Picture Gallery of Pyotr Semynov-Tyan-Shanski and Dutch Paintings on the St Petersburg Antiquarian Market was published in Russian in 2009; the English translation has been completed and is forthcoming. She is currently working on a catalogue of 17th-century Dutch Masters in the Hermitage.