Two 17th-century Dutch winter landscapes in the Muzeum Narodowe w Warszawie (National Museum in Warsaw) signed A.B. and A.Beerstraaten, respectively, together with a view of a Dutch ship in a foreign port signed Johannis B… S…/fc., are useful reference points for attribution problems within the Beerstraten family of landscape and marine painters.

In my Market Table I would like to discuss several issues related to the Beerstratens and their output:

• One of their winter landscapes bears a rather exceptional inscription: “Dit is t’Huis te poelgeest nar t’leeven ghedaen” (This is Poelgeest Manor, done from life). This raises the question of how the term “naar het leven” was understood in 17th-century Holland. The manipulation of reality in 17th-century Dutch cityscapes and architectural views was widely accepted, and the Beerstratens were no exception in this.
• Another aspect that I would like to explore is the astonishingly high percentage of winter scenes in the Beerstratens’ oeuvres.
• The Beerstratens’ workshop(s) produced series of views of Amsterdam, provincial churches and manors, etc. This fact should be considered in connection to the art market and patronage: who bought these paintings?
• The same subjects, and even the same views – painted in a very similar style – recur regularly in the oeuvre(s) of the Beerstratens. They are nevertheless signed differently. Is this due to a highly developed workshop collaboration? How were signatures used: to signify the maker or simply as the “logo” of the painters’ firm? The discussion will address the content and shapes of these signatures (by means of photographs) and their placement in paintings.

An intelligent exhibition of 30 to 40 key works would prove extremely useful for answering some of the questions surrounding the Beerstraten family. Perhaps a museum represented by Market Table participants would be interested in organizing it? Should such an exhibition not be feasible, would it be possible to mount a series, or network, of smaller “in focus” exhibitions in museums with the largest number of Beerstraten(s)’ works and link them together in a single joint publication? 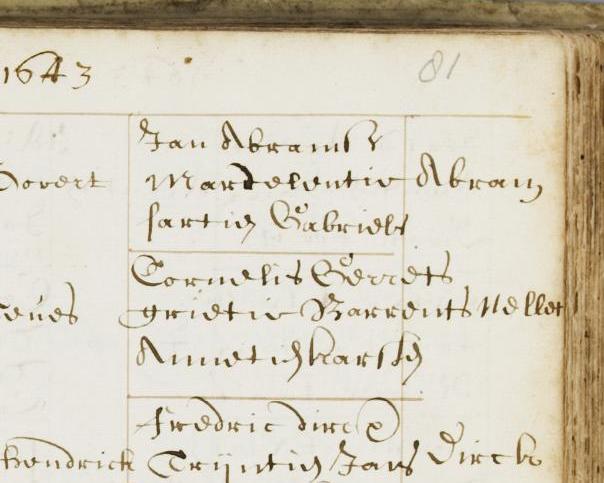 Since receiving his degree in art history in 1986, Maciej Monkiewicz has been working at the Muzeum Narodowe in Warsaw: as curator of Dutch and Flemish drawings since 1992, and curator of Dutch paintings since 2004. He has published articles on numerous artists, including Hendrick ter Brugghen and Gerard van Honthorst. He co-curated Master European drawings from Polish collections (1993–1994), and has contributed substantially to a number of exhibitions, e.g. Varsavia Sacra. Warsaw church treasures (1996) and Rubens, Van Dyck, Jordaens: paintings by great and minor Flemish masters, 1608 to 1678, from Vienna, Kassel and Polish collections (2007). His main professional interest is 17th-century Flemish family portraits. He is currently working on a catalogue of the Dutch paintings in the Muzeum Narodowe in Warsaw.