The Museums of the City of Liège keep in their collections many ancient paintings, whose quality and origin are extremely diverse. The collection, included under the term “Fonds d’Art Ancien” of the Museums of the City of Liège, has been built up over centuries starting with the historical collections of former Prince Bishops, the collections of the city of Liège itself and numerous specific bequests. In the 1970s, when the Museum of Modern Art and the Museum of Walloon Art were created in Liege, everything that did not have the good fortune to be modern or Walloon was stored in the reserves, in precarious storage conditions. Today, under the leadership of the Directorate of Museum Service, the Fonds d’Art Ancien is under investigation and is the subject of an extensive restoration campaign. The collection is composed of approximately 500 paintings from different schools: Liège, of course, but also from Flanders, Holland, France, Italy, Germany and England. Except for those attributed to the Liège School, which generally are genuine, most other attributions result from creative imagination.

The current work aims to present in August 2011 at a generic exhibition, a selection of about 120 high quality, recently restored paintings and, above all, an in depth study to attribute works more seriously. This selection should focus on the works of Liège, but also on the Netherlands and Flemish schools, which represent nearly three quarters of the Fonds d’Art Ancien. This long-term study should continue in the coming years to rebuild, through the Fund for Ancient Art, a real department of ancient paintings and the future Museum of Fine Arts in Liege. 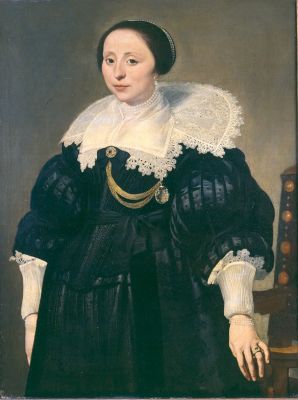 Constantin Chariot holds a masters in archeology and history of art at the Free University of Brussels and a postgraduate diploma from the European Institute for Medieval Studies at the Catholic University of Louvain. After having been the curator of the Musée gaumais (Belgium, Luxembourg Province) for twelve years, and combining this role with professional experience in finance in Luxembourg, he is, since 2008, director – chief curator, Museum of the City of Liege.