The University of Cracow was founded in 1364 by King Casimir III the Great (1310-1370), which makes it Poland’s oldest university and one of the oldest in Europe. It acquired its current name in 1817, in honor of the Jagiellonian dynasty that ruled over Poland, Lithuania, Hungary, and Bohemia from the fourteenth to sixteenth centuries. The Jagiellonian Library has gladly agreed to welcome us for an exclusive visit to its special collections. One of the most precious manuscripts in the collection is the book known as the Codex Picturatus or Balthasar Behem Codex. Written in German, Latin and Polish, it contains charters, privileges and statutes of the burghers of the city of Cracow. It was commissioned by the chancellor Balthasar Behem and compiled in 1505. The part dedicated to the laws of the Cracow guilds is illuminated with illustrations by an unidentified artist depicting both biblical scenes and scenes from the daily activities of the guild members: craftsmen and tradespeople. The Codex rarely leaves storage. Those participating in this optional visit will be given a unique opportunity to study the illustrations in the Codex in small groups with the guidance of curator Anna Sobańska. 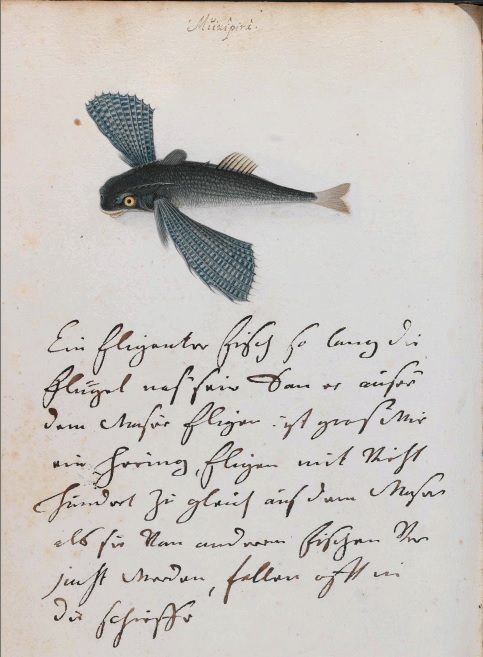 A folio from the Libri Principis (part of the Libri Picturati), Biblioteka Jagiellońska, Cracow

The other part of the visit, with curator Izabela Korczyńska, was dedicated to the extensive collection of drawings, watercolors and studies of flora and fauna in the Jagiellonian Library. The collection includes fifteen folio volumes with over 1,600 botanical and zoological drawings that can be traced back to Karel van Sint-Omaars (1533-1569) who lived on the castle of Moerbeke, near Bruges, and was a highly-regarded plant lover. He commissioned artists to make drawings and watercolors after his plant collection, which were subsequently annotated by the famous botanist Carolus Clusius (1526-1609). Also preserved in the Jagiellonian Library are some 800 oil sketches, watercolors, and drawings by Albert Eckhout (c.1610-c.1664-66). Travelling to Dutch Brazil in the retinue of Johan Maurits van Nassau-Siegen, Eckhout depicted the Brazilian flora and fauna he observed there. Some of these studies served as the designs for the woodcuts in the Historia naturalis Brasiliae by Willem Piso and Georg Markgraf (1648). In 1652, Johan Maurits donated the studies to Friedrich Wilhelm, Elector of Brandenburg. Together with the botanical studies of Karel van Sint-Omaars, Eckhout’s studies were later incorporated into the Libri Picturati collection of the Prussian State Library in Berlin. They were hidden in Silesia during World War II. After 1947 they were moved to Cracow, where they remain today.