Poland’s capital city, Warsaw, like the country as a whole, has witnessed many shifts of power and known highly turbulent times. To start with the briefest possible overview of the country’s early history: the Polish state is regarded as having been founded in 966, which was the approximate date on which Mieszko I converted to Christianity and thus became the country’s first ruler. The fifteenth and sixteenth centuries saw the dominance of the Jagiellonian dynasty, which ruled vast areas of Central and Eastern Europe. A sea-change took place in the seventeenth century, when the remarkable King Jan Sobieski III fought off the forces of the Ottoman Empire in the 1683 Battle of Vienna. Of special interest: the Dutch architect Tilman van Gameren worked at Jan Sobieski’s court, mainly for his consort, Queen Marie Casimire. The last Polish king was the avid art collector Stanisław August, whose rule ended in 1795, with Poland being divided up between Prussia, Russia, and Austria. 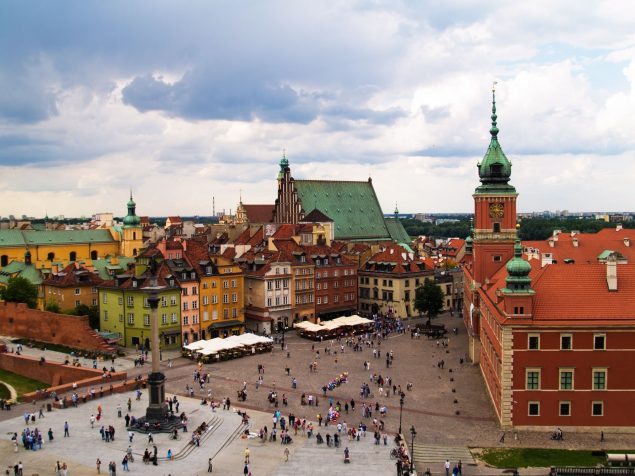 Although the nineteenth century was a period of occupation, the Polish people never ceased to cultivate their culture and fight for their freedom. They finally regained their independence in 1918, at the end of World War I. After the devastation wrought by World War II, which cost the lives of almost six million Poles (including three million Jews) came the decades of Communism. Today, Poland is developing and modernizing at a rapid pace – its transformation is one of the fastest in Central Europe. After the fall of Communism, which was brought about in the 1980s by the Solidarity movement (Solidarność) led by the former electrician Lech Wałęsa, Poland underwent a dynamic change from a Communist satellite state to a new republic with a market economy. It joined NATO in 1999 and the European Union five years later, in 2004.

In that same year – 2004 – CODART organized a seven-day study trip to Gdańsk, Warsaw and Cracow. Now, thirteen years later, at the invitation of the National Museum in Warsaw, CODART is returning. It is indeed high time to renew our acquaintance with this fascinating city.

On this page we have provided brief descriptions of the places we will visit during CODART TWINTIG, as well as a few others that you may choose to visit if you have some free time.