The Warsaw University Library is situated between the Vistula River (Wisła) and the university grounds in the Powiśle area and occupies a beautifully-designed modern building. The library’s former nineteenth-century premises had suffered from a lack of space since the 1930s but political conditions had made it impossible to relocate the large and comprehensive collection. With the changes of the 1990s came an era of new opportunities. Funds were raised, a competition was held for the design, which was won by Marek Budzyński and Zbigniew Badowski, after which construction began in 1994. The new library, with its glass ceiling and rooftop garden, opened its doors in 1999. Concrete, glass and steel, combined with the natural green all around the building, give this library a modern but unique ambience, both inside and outside.

Participants can register for an excursion to the library that will focus primarily on the collection of Dutch and Flemish prints and drawings.
> Website of the Warsaw University Library 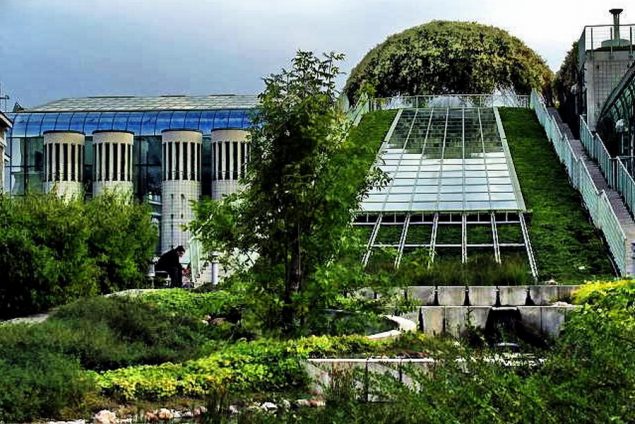