Warsaw’s historic city center is now a UNESCO World Heritage Site. The area contains both the completely restored Old Town Market Square (Rynek Starego Miasta) and the Royal Castle, which has its origins in the fourteenth century. The castle was burned and looted by the Nazi invaders in 1939 and subsequently almost completely destroyed in 1944 in the wake of the Warsaw Uprising. It was rebuilt in the period 1971–1984 as part of Warsaw’s reconstruction program. Today, two of the highlights of the castle’s art collection are the paintings by Rembrandt donated in 1994 by Professor Karolina Lanckorońska: Girl in a Picture Frame and A Scholar at his Writing Table, both of which once belonged to the collection of Poland’s last king, Stanisław August (1732-1798). This historic location will be the venue for CODART TWINTIG’s opening reception on Sunday, May 21st. On Tuesday, the Speakers’ Corner will take place here and participants can join an excursion that will focus on the Dutch and Flemish paintings.
> Website of the Royal Castle 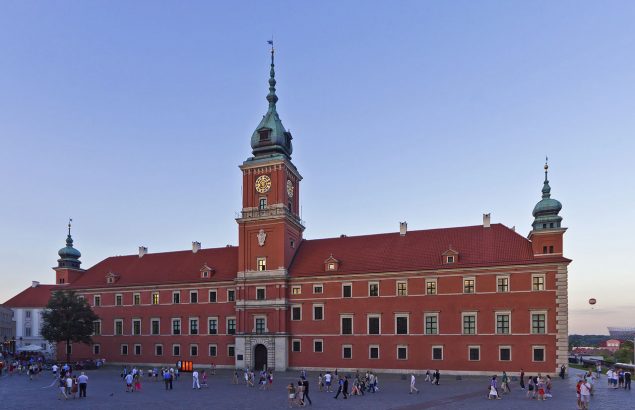