One of Cracow’s highlights is the Veit Stoss Altarpiece on the High Altar of Saint Mary’s Basilica at the Main Market Square (Rynek Główny). The German artist Veit Stoss (before 1450–1533) from Nuremberg carved the immense sculptures between 1477 and 1489, creating the largest Gothic altarpiece in the world, with scenes from the life of Christ and the Virgin Mary. The tallest figures attain a height of 2.8 m. The altarpiece is currently undergoing on-site technical examination and conservation. The complex research and conservation project, conducted by the Interacademic Institute for Conservation and Restoration of Works of Art at the Academy of Fine Arts in Cracow and the Academy of Fine Arts in Warsaw, started in September 2015 and is scheduled for completion in 2020/21. Those taking part in this optional visit will be allowed closer access to the altarpiece than the basilica’s regular visitors. Dr. Jarosław Adamowicz, who is leading the research and conservation project, together with Katarzyna Pakula, conservator of Saint Mary’s Basilica, will give an introduction to the project. More information on this project can be found on this website. 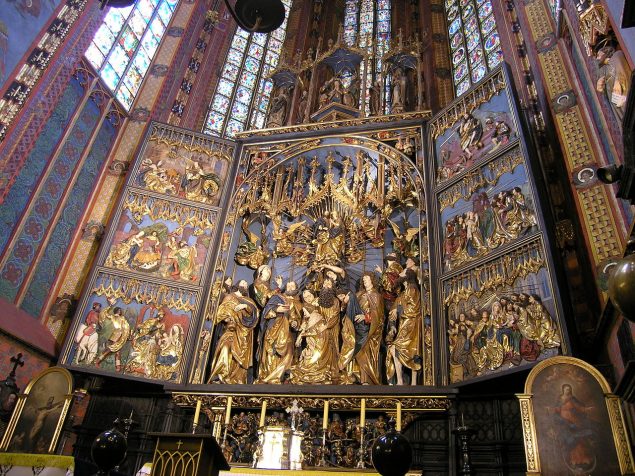 Participants will also have an opportunity to visit the conservation studio of Saint Mary’s Basilica with Dr. Aleksandra Hola, who has treated seven panel paintings by the German artist Hans Süss von Kulmbach (c. 1480-1522), six panels of which, from 1514-1515, display scenes from the life of St. Catherine of Alexandria that were originally executed for an altarpiece dedicated to this saint in Saint Mary’s Basilica. Von Kulmbach was one of Albrecht Dürer’s most talented pupils and spent most of his artistic career in Nuremberg. This conservation project, executed by the Jan Matejko Academy of Fine Arts in Cracow, was supported by the Getty Foundation in the framework of the Panel Paintings Initiative. 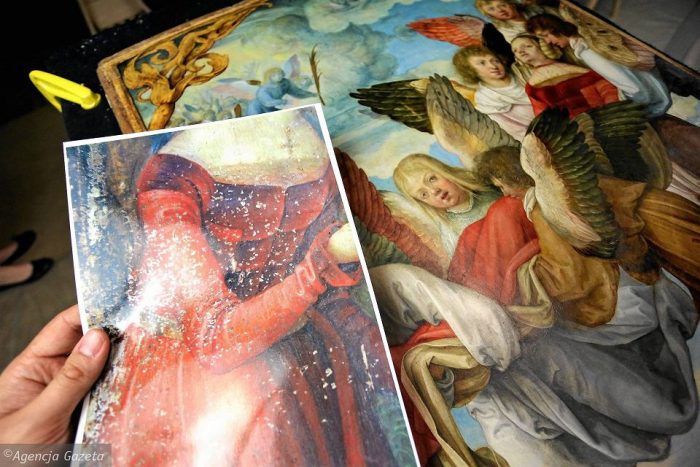 One of the panels by Hans Süss von Kulmbach during conservation (photo: Mateusz Skwarczek)