The CODART DERTIEN congress in Rotterdam is jointly organized with Museum Boijmans Van Beuningen, which boasts the most important collection of Dutch and Flemish art in Rotterdam as well as one of the largest in the Netherlands. Mayor Ahmed Aboutaleb of Rotterdam will welcome the participants at the opening reception he is hosting in the Kunsthal. The excursions include visits to nearby Delft and Dordrecht.

Around 1260 a dam was built in the Rotte River and the fishing village of Rotterdam rose up near it. Like Amsterdam, in the course of time Rotterdam grew into an international port. While Amsterdam initially assumed the leading position, Rotterdam dealt better with the silting-up of the harbor and in the 19th century overtook Amsterdam. Rotterdam was the birthplace of many eminent cultural figures, the most famous of whom was undoubtedly Erasmus. Incidentally, the scholar only lived there for four years. The celebrated naval hero/pirate Piet Hein was also born in Rotterdam (Delfshaven). Leading artists who were active in Rotterdam include Willem Buytewech, Abraham Hondius, Pieter de Hooch, Ludolf de Jongh, Eglon van der Neer, Jacob Ochtervelt, the Saftleven brothers, Hendrick Martensz Sorgh, Adriaen van der Werff, Adriaen van Salm and Abraham van Beyeren. 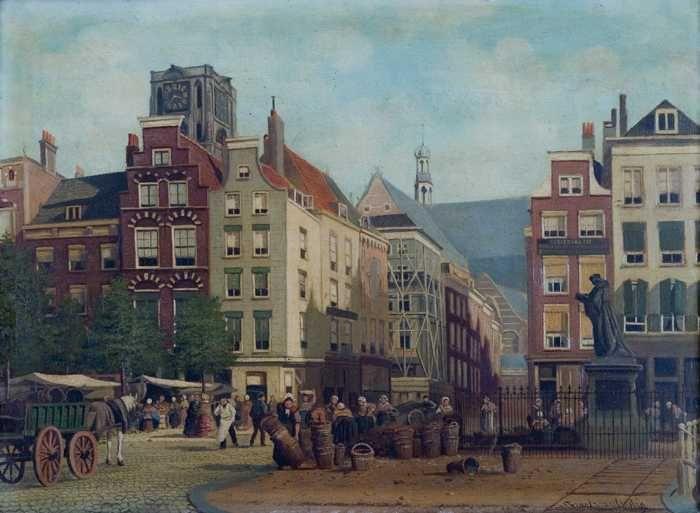 The city was heavily bombed on 14 May 1940 during the German invasion: virtually the entire historic city center was destroyed. For this reason Rotterdam has only a few historic buildings. On the other hand, there is more large-scale modern architecture in Rotterdam than anywhere else in the Netherlands.

In 1841 Frans Jacob Otto Boijmans (1767-1847) donated his paintings, drawings, prints and porcelain to the city of Rotterdam. The works were accommodated in the Schielandhuis (presently part of the Historisch Museum Rotterdam), where Museum Boijmans was opened in 1849. Many works of art were destroyed when the museum was ravaged by fire in 1864. The collection subsequently expanded again through acquisitions and gifts. The present building was designed by Ad van der Steur (1893-1953) in 1935.

The collection of shipping magnate Daniël George van Beuningen (1877-1955) (which included the famous Koenigs collection) entered the museum in 1958 under the regime of the well-known director Dirk Hannema (1895-1984). This director made acquisitions for which the museum is still grateful to this day, including the Prodigal son by Hieronymus Bosch and Titus behind his writing desk by Rembrandt. Tragically, however, Hannema is chiefly remembered for having bought the Supper at Emmaus – by Vermeer, as he thought – which later proved to be a forgery by Han van Meegeren.

At present the museum has departments of old, modern and contemporary art, applied art and design, with a total of 126,000 objects. About 200,000 people visit the museum per year. During the congress several exhibitions of modern art will be on view along with the permanent collection of Dutch and Flemish masters.

The Museum Boijmans Van Beuningen has a number of undisputed masterpieces in its collection. Works by Rembrandt include Titus behind his writing desk and the mysterious Concord of the state. Among the museum’s finest paintings are the Self-portrait by Carel Fabritius and the Portrait of Abraham del Court and his wife Maria de Keerssegieter by Barthelomeus van der Helst. Flemish painting is represented by Rubens’ Achilles series; oil sketches that served as designs for tapestries. Other highlights are Anthony van Dyck’s St. Jerome and the angel and The tower of Babel by Pieter Brueghel the Elder.

The museum has an extensive collection of prints and drawings. Just a few of the many treasures found there are the Owl’s nest by Hieronymus Bosch, the Interior of the Sint Janskerk in Utrecht by Pieter Saenredam, the Reclining lion by Rembrandt and a Portrait of a young woman by Rubens. 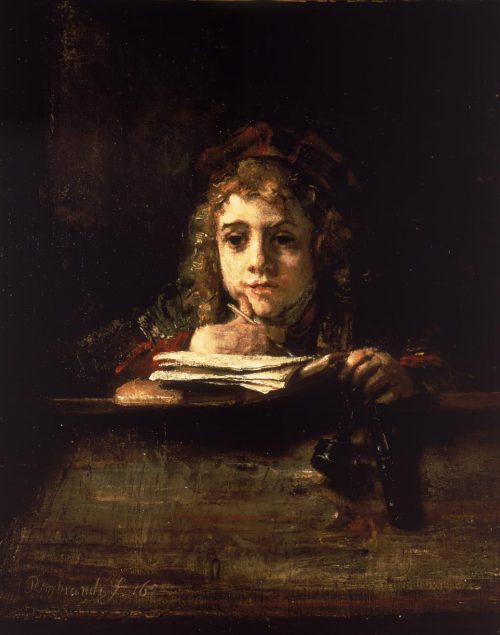 Locations of the receptions, excursions and other visits

30 May: congress reception in the Kunsthal

Kunsthal
W www.kunsthal.nl
The Municipality of Rotterdam is hosting the opening reception on Sunday 30 May, which will be opened by the mayor of Rotterdam, Ahmed Aboutaleb in the Kunsthal. The Kunsthal is a 3300-square-meters exhibition venue consisting of a striking building designed by Rotterdam architect Rem Koolhaas. Exhibitions of Old Master art, forgotten cultures, photography, design, and contemporary art are held there. Generally multiple shows are on view at the same time. For instance, during the congress the Kunsthal will be showing the work of contemporary portrait artist Katinka Lampe and an exhibition of photographs entitled Don’t Mention the War.

31 May: congress dinner in the Wereldmuseum (World Museum)

Wereldmuseum
W www.wereldmuseum.nl
The Wereldmuseum focuses on cultures part and present. It is located in the former club building of the Koninklijke Yachtvereniging (Royal Yacht Association) of 1851. After the death of its patron Prince Hendrik (1876-1934) the building was sold to the municipality of Rotterdam, which – following the pattern set in Leiden – founded an ethnographic museum.

After an extensive renovation campaign, the Wereldmuseum reopened on 10 December 2009. Three exhibitions are on view in the museum: Oceanië: tekens van riten, symbolen van gezag (Oceania: signs of rituals, symbols of authority); the entirely renewed permanent exhibition de Collectie (The collection); and a selection of photographs by François Guénet in the Gallery.

On 31 May, the museum will open its doors specially for the CODART congress. The congress dinner will be held in the ballroom of Prince Hendrik, which has been restored to its original style and offers a spectacular view of the Maas River. 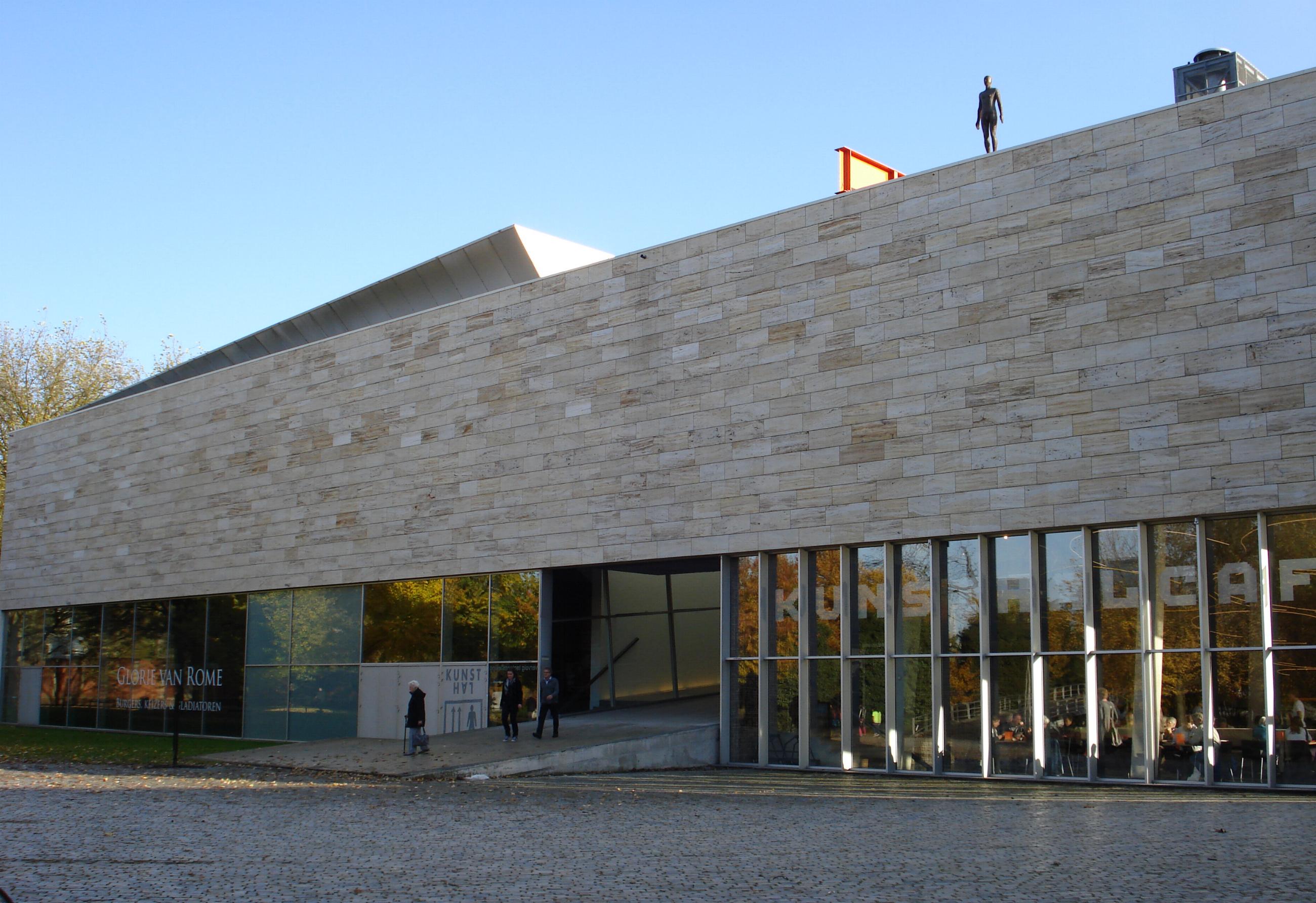 The exterior of the Kunsthal, venue of the opening reception

Excursion 3: Visit to the Maritiem Museum Rotterdam (including depot) with Irene Jacobs and the Atlas van Stolk collection in the Schielandshuis with Carl Nix.

Maritiem Museum Rotterdam
W www.maritiemmuseum.nl
The historical ship models of the Koninklijke Yachtvereniging (now home of the Wereldmuseum) constitute the basis of the collection of the present Maritiem Museum Rotterdam. The museum encompasses all kinds of other objects associated with shipping and harbor history including extensive holdings of paintings, prints, maps and drawings.
A tour through the depot is part of the excursion to the Maritiem Museum.

Atlas van Stolk
W www.atlasvanstolk.nl
The Atlas Van Stolk is a collection of prints, maps and drawings of the history of the Netherlands named after Abraham van Stolk. The Atlas is located in the Schielandshuis, the only extant 17th-century building in Rotterdam, which may have been designed by Pieter Post. During the congress, the Schielandshuis will present Kinderprent voor 1 cent (Children’s prints for 1 cent), a show on very inexpensive prints for children, of which there are more than 1400 in the Atlas van Stolk.

Excursion 5: Visit to the Dordrechts Museum’s depot and the Simon van Gijn Museum with Sander Paarlberg.

The Dordrechts Museum’s depot and Huis van Gijn, Dordrecht
W www.dordrechtsmuseum.nl
Dordrecht is 25 kilometers southeast of Rotterdam. In the late Middle Ages Dordrecht was the most important trading town of Holland. And in the Golden Age, it was still a major center of politics and culture, as attested to by the Synod of Dordrecht (1618-19), the De Wit brothers (who basically ran the Netherlands in the stadholderless period, 1650-1672) and naturally painters such as Albert Cuyp, Ferdinand Bol, Samuel van Hoogstraeten, Nicolaes Maes and Arent de Gelder.
The Dordrechts Museum (founded in 1842) features paintings primarily by artists born or active in Dordrecht. Though the museum is currently closed for extensive renovation, it will open its depot specially for CODART members.
The Simon van Gijn Museum is a monumental building in Dordrecht, the former home of Simon van Gijn (1836-1922). The interior of the house is still virtually intact, giving visitors the impression of traveling back in time.

Excursion 6: In depth excursion “The factory of van Mierevelt” 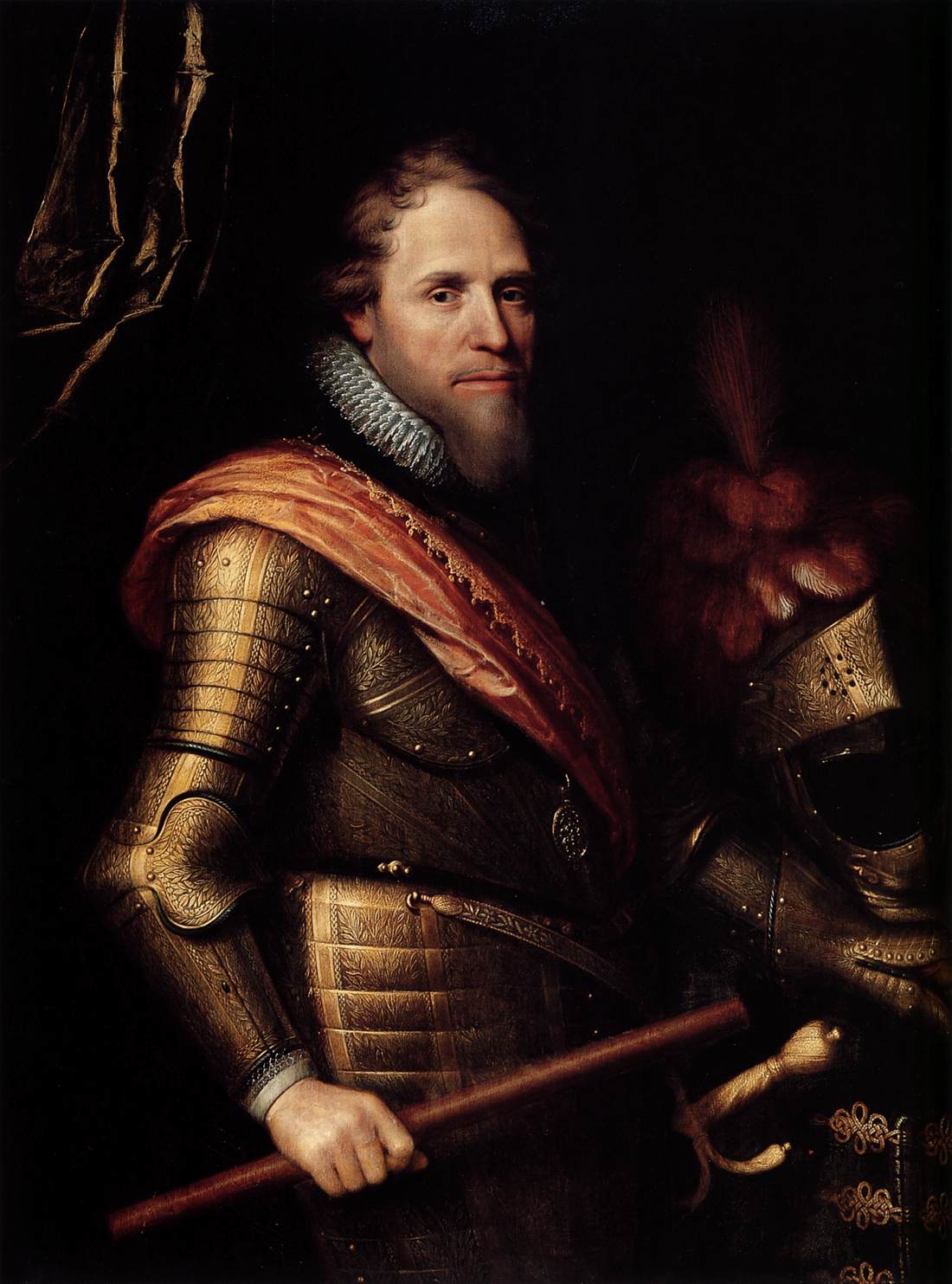 Visit to the Stedelijk Museum Het Prinsenhof in Delft where painting restorer Johanneke Verhave will discuss the portrait painter Michiel van Mierevelt and show his portraits in the Prinsenhof collection. His oeuvre is characterized by serie-production: some popular portraits were repeated over a hundred times. How is this reproduction process reflected in the painting technique? Johanneke Verhave and Anita Jansen (curator of het Prinsenhof) are currently working on a database of the Van Mierevelt portraits and conducting technical research into the forty Van Mierevelt portraits in the Prinsenhof collection.

Originally a monastery, the Prinsenhof became the residence of William of Orange in 1572 during the revolt against the Spanish king Philip II. He was murdered in the building in 1584. The bullet holes are still visible. Currently, the building houses the Stedelijk Museum het Prinsenhof, which has permanent presentations on William of Orange and Delft in the Golden Age. In addition to works of particular interest to CODART members by Michiel van Mierevelt, Leonart Bramer, Maarten van Heemskerck and Emanuel de Witte, the museum has displays relating to the city’s renowned porcelain and famous local sons such as Anthonie van Leeuwenhoek.
Delft, the city of Johannes Vermeer, is 15 kilometers northwest of Rotterdam.