On Tuesday 22 March 2022, in close cooperation with the Center for Netherlandish Art (CNA) at the Museum of Fine Arts (MFA) in Boston, CODART organized an online CODARTfocus meeting devoted to the newly opened CNA and the new galleries for Dutch and Flemish art at the MFA. This meeting allowed CODART members who were unable to visit Boston to virtually explore the revamped galleries and new CNA spaces.

This interactive meeting closely explored the connection of the CNA and the MFA as well as the curatorial practices used in the renovated galleries. Through three pre-recorded videos we addressed the role of the CNA as a public-facing research center within a museum, approaches to visual culture presented in the galleries, and the presentation of art in connection to seventeenth-century global commerce. After each video there was an opportunity to ask questions and engage in dialogue. The line-up of speakers included Christopher Atkins, (Van Otterloo-Weatherbie Director of the Center for Netherlandish Art), Antien Knaap (Assistant Curator of European Paintings), Courtney Harris (Assistant Curator of European Decorative Arts and Sculpture), Ben Weiss (Leonard A. Lauder Senior Curator of Visual Culture) and Frederick Ilchman (Chair of Art of Europe). The session was moderated by Suzanne van de Meerendonk, (Bader Curator of European Art at the Agnes Etherington Art Centre, Queen’s University in Kingston, Canada).

Watch a recording of the event below or see the video on Vimeo to jump to specific parts in the recording.

Renovated galleries and the CNA

Opened in November 2021, the MFA’s renovated Dutch and Flemish galleries examine a variety of subjects: women artists and patrons; the growth of a modern art market; and the connection between still life paintings, the sugar trade, and slavery. Among the many highlights are Rembrandt’s moving Portrait of Aeltje Uylenburgh (1632), a Dutch doll’s house filled with nearly 200 miniature furnishings, and an early self-portrait by Van Dyck posing as Icarus, painted when the artist was just nineteen years old. 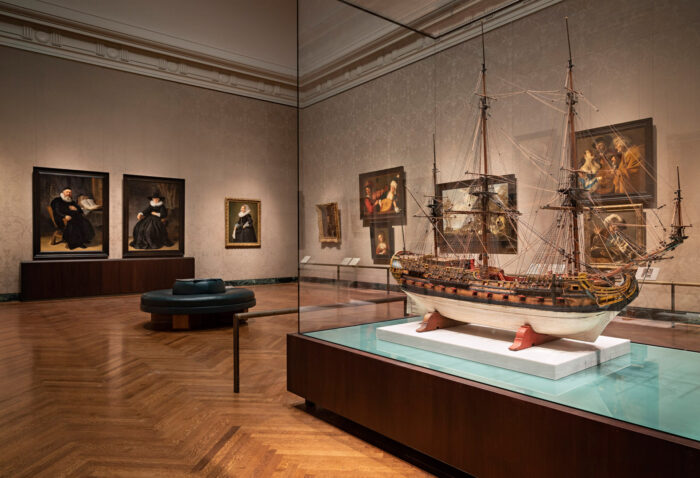 Art of the Netherlands in the 17th Century Gallery (Photograph © Museum of Fine Arts, Boston) 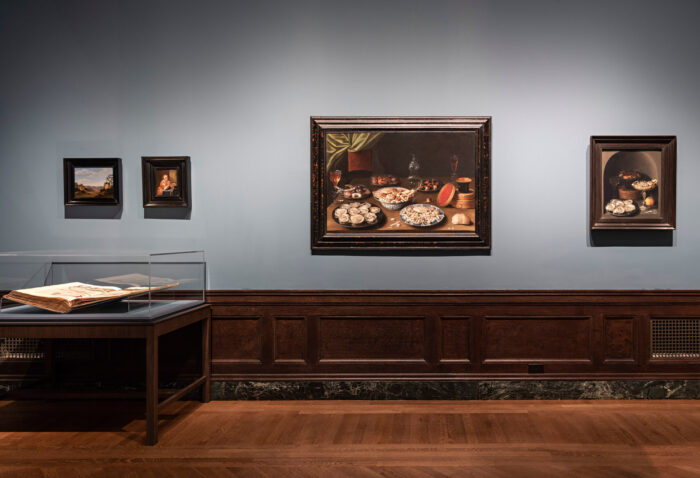 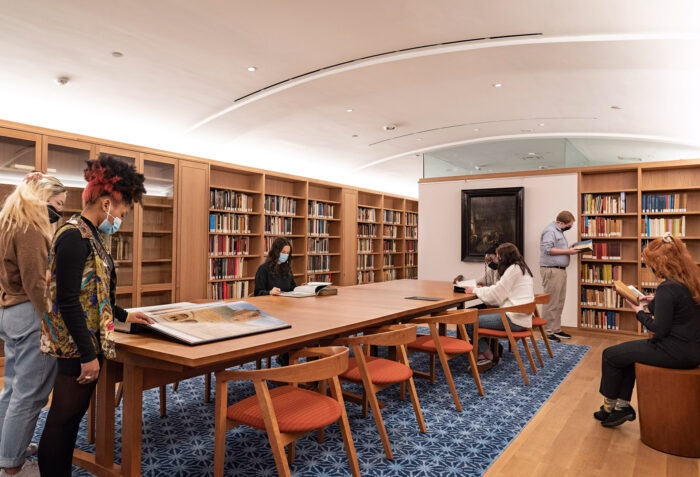 Students in the Reading Room of the CNA (Photograph © Museum of Fine Arts, Boston)

The opening of the new galleries coincided with the launch of the Center for Netherlandish Art (CNA), a new center for scholarship housed at the MFA and the first resource of its kind in the USA. Through an expansive library, a residency fellowship program, and an active slate of academic and public programs, the CNA shares Dutch and Flemish art with wide audiences in Boston and beyond and by doing so expanding the public appreciation of Netherlandish art—especially works from the seventeenth century. The center aims to stimulate multidisciplinary research and object-based learning, and nurture future generations of scholars and curators in the field.

Over the last few years, owing to the recognition of racial, socioeconomic and gender biases in organizational structures, museums have begun to rethink their purposes and their priorities. CODART asked Diva Zumaya (Los Angeles County Museum of Art), Michele Frederick (North Carolina Museum of Art) and Antien Knaap (Museum of Fine Arts, Boston) to share their thoughts on recent reinstallation projects to illuminate the ways in which Northern European art is being rethought in museums in the United States. Read more about their views in Re-visioning Permanent Collection Installations.